SLOVAKIA is the only post-communist country that has undertaken the Herculean task of reforming its public service television from the ground up, though the private television market continues to hunger for more competition, says a recent report on Slovakia's television market. 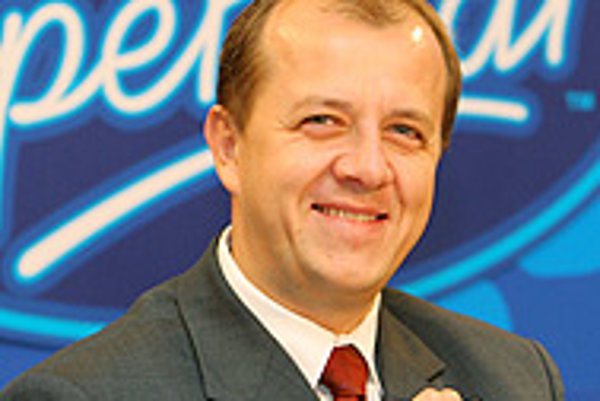 Font size:A-|A+  Comments disabled
SLOVAKIA is the only post-communist country that has undertaken the Herculean task of reforming its public service television from the ground up, though the private television market continues to hunger for more competition, says a recent report on Slovakia's television market.

The Open Society Institute, in cooperation with Slovak independent organization MEMO 98, on December 21 launched another in its series of media monitoring reports, Television across Europe: Regulation, Policy and Independence, that was carried out in 20 European countries.

"Slovakia is the only one of the post-communist European countries that is carrying out progressive reforms in public television," said Marius Dragomir, the report's main author.

"On the other hand, Slovakia lacks competition in the private TV market."

The ambitious reform carried out by the new management of Slovak Television (STV) under Richard Rybníček started in 2003. By August 2003, the station broke even for the first time in more than a decade and, as Ivan Godársky from MEMO 98 noted, the television station began to operate without state support.

The radical measures, including massive layoffs and changes in the programme structure, however, brought both acclaim as well as criticism.

Rybníček especially was condemned for what his critics felt were attempts to turn the public station into yet another commercial channel competing for high ratings and advertising money.

The media monitoring series that compares the operation of media in the European Union's new and old members, as well as potential candidate states, revealed that public service broadcasters tend to compromise quality to compete with commercial channels, and that many of them still depend on governments or political parties.

Despite the high number of television channels in Europe - around 4,000 - the market is highly centralized and controlled by a few companies "often shrouded in secrecy".

The country report on Slovakia said the local television market has experienced "tremendous impro-vements" over the past several years after almost a decade of highly politicized media broadcasting, particularly from 1994 to 1998 when the authoritarian government of Vladimír Mečiar was in power.

The report recognized that the political connection to the media is declining, though still present.

According to the report, Slovak media legislation does not prohibit relationships between politicians and the media, which is why more reforms to separate the media from politics are needed, as are amendments to assure their economic independence, especially that of public channels.

Along with transparency in media ownership in the commercial sector the report called for additional support for local television broadcasters to increase media diversity. It urged parliament to amend the current legislation for appointing members to the public STV and Slovak Radio Councils to permit civil society and professional organizations to nominate experts.

In practice, candidates for such organizations already stand for nomination, but parliament tends to prefer party candidates.

Compared to other European private televisions, Slovakia's commercial market is the most concentrated in terms of advertising spending. The largest private television channel, TV Markíza, took 76 percent of the advertising market in 2003 and 67 percent in 2004, while the Czech Republic's TV Nova, which has the second largest market share of European private TV stations, took 66 percent and 64 percent respectively.

"Markíza's dominance is huge," said Dragomir, warning that the market regulator had to ensure that competition increased in the future, when digital TV licences are granted. Otherwise, strong commercial could further erode public service broadcasting, undermining pluralism and diversity, as well as high quality content.

Following the launch of the Slovak country report, its authors plan further advocacy on the issue. They plan to meet with government representatives to influence policy.

However, the general director of the Media and Audiovision Section at the Culture Ministry, Zuzana Mistríková, said she had had a chance to discuss the report with some of its authors at the launch, and that she believes that parts of the report were superficial.

"Some of the conclusions and recommendations arose from erroneous statements, while others didn't take all aspects of the given problem into consideration," she said.

Mistríková considered some of the report's recommendations impossible to put into practice, such as increasing the powers of the Council for Broadcasting and Retransmission, allowing the removal of licences from private broadcasters, and supporting local television stations from taxes or concession fees.

Mistríková added that such changes would also be unacceptable in a balanced liberal media environment.

"On the other hand, we welcome all expert debate, and in our future legislative activity we will take into account all of the problems the report raised," Mistríková said.

The report of the US Department of State submitted to the US Congress February 28, 2005 stated that then-Economy Minister Pavol Rusko, the founder of the private station TV Markíza, "influenced TV Markíza's editorial policies, despite having divested his ownership interest". It also noted that media watchdog organizations had criticized the station for its lack of objectivity and political bias, citing "evident manipulation of public opinion".