THE YEAR 2005 in Slovakia was marked by great turbulence on the local political scene, resulting in the most wide-ranging changes in the composition of the ruling coalition and the cabinet since the 2002 national elections. 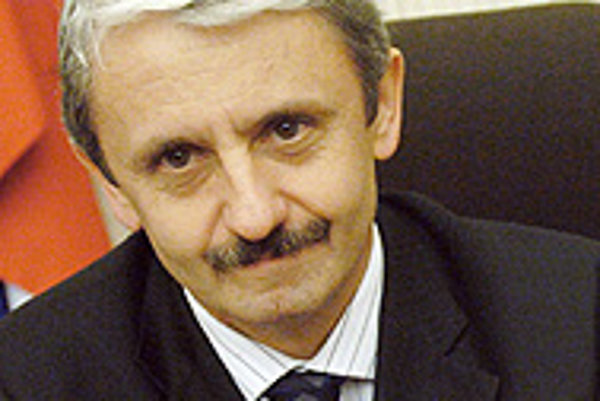 Font size:A-|A+  Comments disabled
THE YEAR 2005 in Slovakia was marked by great turbulence on the local political scene, resulting in the most wide-ranging changes in the composition of the ruling coalition and the cabinet since the 2002 national elections.

One of the members of the coalition, the New Citizen's Alliance (ANO) party, left the government, while three cabinet personnel changes took place as well, with new ministers of culture, economy, and labour being named.

Nevertheless, Slovakia confirmed that it is a consolidated European democracy with a functional and stable constitutional system and legislative, executive, and judicial branches that function effectively. No power confrontation took place that went beyond the existing legal framework.

The Mikuláš Dzurinda cabinet has been operating with a parliamentary minority for more than two years now, but it has still managed to win enough support to push through reform measures in parliament. This was possible due mainly to the coherence of the government's programme in the social and economic spheres (despite many conflicts among the individual parties over practical politics and the exercise of power), as well as to the support of independent MPs for cabinet reforms in turn for certain advantages, such as regional assistance or assistance to selected social groups.

Even after the formal changes in the composition of the government, the coalition remained coherent and continued in its reform policy. In 2005 the interest of the coalition partners in remaining in power until the regular end of their election term helped prevent the fall of the cabinet, as did the absence of a realistic power alternative.

The opposition parties failed to offer any alternative to the government, and the behavior of their leading representatives, especially their stances towards Slovakia's current social problems, provoke many questions. One of these is particularly pressing - can these parties provide a meaningful, realistic, and viable alternative? We still have no answer.

Elections to regional parliaments were the key event in 2005, especially given the fact that these parliaments will continue to become more important and powerful actors in the country's social and economic development and international cooperation, as a result of the reform of Slovakia's public administration and the devolution of state power to the regions.

Regardless of the low voter turnout [18 percent in the first round and a mere 11 percent in the second round, ed. note], these elections brought radical changes to Slovakia's regional political map. These changes could have a major impact on the social and economic development of the country's region in the next four years.

The year 2006 is an election year, in which parliamentary elections in September will be the main event. In December 2006 municipal elections are also scheduled.

It will not be an easy task to create a government with majority backing in parliament and a homogenous programme. Slovak voters will have a rich slate of parties to choose from, with as many as eight political parties currently enjoying enough support to enter parliament - Smer, the HZDS, the Slovak Democratic and Christian Union (SDKÚ), the Hungarian Coalition Party (SMK), the Slovak National Party (SNS), the Free Forum (SF), and the Slovak Communist Party (KSS).

However, there will probably be fewer basic scenarios for post-election developments, perhaps three at most. These include the continuation of current reforms under the political patronage of a center-right coalition, i.e. SDKÚ-KDH-SMK-SF. Another possibility is a fundamental revision of reforms under the lead of Smer and with the open or silent support of the KSS and SNS, and possibly also the HZDS. The last possibility is a power agreement between the left and right, and as a result a compromise that prevents the current reforms from being continued, but also prevents their complete revision. This could take place in the form of a coalition including Smer and a KDH-SMK-SF trio, for instance.

It's up to Slovak voters, the true arbiters of all three possible scenarios, to choose which of them will become the political drama called Slovakia 2006.