THE INTEREST of Slovak and foreign companies in fairs and exhibitions in Slovakia is on the rise, indicating that this form of promotion remains popular and that he branch has a future in Slovakia. 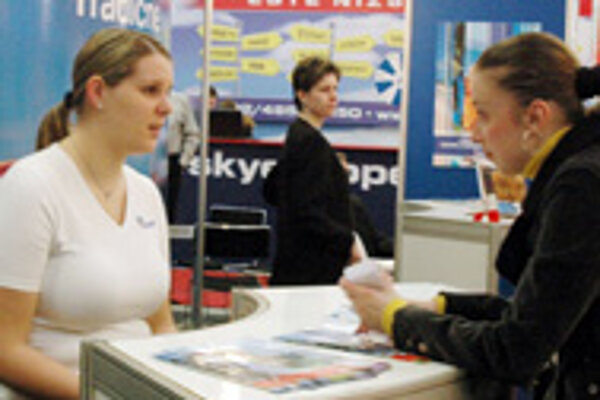 Font size:A-|A+  Comments disabled
THE INTEREST of Slovak and foreign companies in fairs and exhibitions in Slovakia is on the rise, indicating that this form of promotion remains popular and that he branch has a future in Slovakia.

Experts say that market players understand that fairs encourage the exchange of information, create a picture of the relevant market and as a result support the economic growth of countries, regions, and cities.

According to Marek Baluška, a manager from the exhibition company Agrokomplex-Výstavníctvo Nitra, the majority of the firms in Slovakia uses the opportunity to make new and deepen existing business contacts.

Agrokomplex - Výstavníctvo Nitra conducted a recent survey of 743 firms that were present at fairs and exhibitions in 2005 in the fields of furniture, wood, machinery, the car industry, gastronomy, agriculture, the food industry and optics.

About 20 percent of the respondents participated in fairs regularly and have developed a tradition of presenting their products at exhibitions. They also came to fairs to strengthen their company image, present novelties, conclude direct deals, conduct market surveys and gather information on the competition.

"Coming to fairs and exhibitions only in order to present products and services and make direct deals is quite rare," Baluška told The Slovak Spectator.

Baluška emphasizes that a company must identify what kind of fair it wants to take part in and what it expects from it, and, at the end of the day it must seek feedback. Currently, we can find two main types of fairs and exhibitions: consumer-oriented and professional fairs.

The goal of consumer-oriented fairs is to introduce new products and services to the public, and their application is based mainly on conditions in regional markets, which have a limited density of inhabitants and lower purchasing power.

Baluška said that firms organizing this type of fair often try to attract visitors by providing a rich additional programme of cultural and social events.

"The main role of professional fairs is to give information. Products are more and more sophisticated and the need to explain their usefulness grows," Baluška added.

Companies taking part in fairs should thoroughly plan their participation in advance. They should define the goals, choose a suitable fair, plan the individual phases of preparation and choose what will be shown. They should also, motivate and prepare the booth personnel and assess all the benefits.

Baluška explained: "After an event it is necessary to confirm whether the goals were fulfilled, judge whether the budget was optimal and look for discrepancies compared with the original plans. Evaluating participation at fairs is a natural part of the managing process."

Although 2005 has only just ended, it is already possible to say that the last year was successful for most Slovak fair participants.

Last year 7,800 companies participated in fairs and exhibitions in Slovakia. Out of this number, 1,400 were from abroad. The number of foreign firms year-on-year increased by 20 percent.

In 2005, fairs and exhibitions attracted approximately 900,000 visitors, of which 5 percent were foreigners. Visitors were mainly looking for new products, technical information about products and information about companies. They also wanted to conclude direct deals.

The volume of direct deals concluded on fairs and exhibitions reached more than Sk3 billion (€80 million) in 2005.

The vast majority of the firms (83 percent) expressed satisfaction with participation in fairs. About 82 percent of participating firms would like to take part in the next annual round of fairs.

Currently, there are about 30,000 fairs and exhibitions globally with about 3.2 million participants.

Some useful items to check
when evaluating participation in a fair

- Calculating costs for taking part in a fair
- Documenting contacts, acquired information and results
- Analysing the structure of visitors from the point of view of target groups
- Filling in and assessing the inquiry sheet of a company organizing a fair
- Reviewing own promotional activities in booth
- Evaluating location and size of booth and its equipment
- Analysing competing presentations
- Following press feedback

How they found out about fairs:

Invitation from an organizing company

Firms visited a fair in the past as visitors

Invitation from a firm taking part in the fair

We visit the fair regularly - tradition

Articles in newspapers and magazines

Advertising in newspapers and magazines

We alone had to find out the date of a fair

Invitation from a company organizing the fair