KOŠICE's fair-industry growth was stagnant in 2005, according to 1.kvs, which organises regional fairs and expositions, and the city does not expect that to change in 2006. 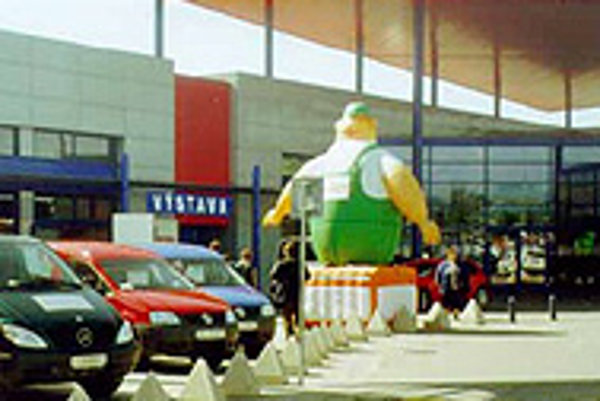 Font size:A-|A+  Comments disabled
KOŠICE's fair-industry growth was stagnant in 2005, according to 1.kvs, which organises regional fairs and expositions, and the city does not expect that to change in 2006.

"Unfortunately, interest in eastern Slovakia did not fulfil our expectations. There are too many similar events for such a small market, many of which do not meet a sufficient standard and, thereby, ruin the image of fairs and exhibitions in this region. Our efforts to integrate some of such events collapsed, as our competition did not understand it," Marián Lukáč, director of 1.kvs told The Slovak Spectator.

Despite the tough conditions, 1.kvs did manage to start several new fairs last year, such as the International Collectors Fair. Thanks to Košice's proximity to so many borders, the fair was able to welcome participants from Hungary, Poland, and Ukraine, as well as from Russia, the Czech Republic, Slovenia, and Serbia.

Expo MMM, a fair for sports facilities, was another event newly established by 1.kvs. The fair takes place during the International Marathon of Peace.

In contrast, 1.kvs had to cancel its traditional Furniture and Interior fair in 2005 because of too little interest from potential participants.

According to Lukáč, the Košický Autosalon car show, the Elmat exhibition for electrotechnics and electronics, the Alarm exhibition for security technologies, and the Raciotherm fair for air-conditioning and heating technologies were among the most successful events in 2005. The number of visitors was about the same as in previous years, and all sides benefited from catching a glimpse of the new trends and technologies in the relevant industries.

1.kvs will not premiere any new fairs in 2006, preferring instead to concentrate on its existing events, such as the Košická Stavebná Výstava fair for construction products and services, the Gaudeamus fair for studying opportunities, and the Thermotech fair for heating facilities.

Lukáč added: "We are planning to install a business model and coordinate with our competition, but the process is very slow. This model suggests organising one spring and one autumn general fair that focus on technical commodities, investment projects, the presentation of micro-regions, and various commercial and professional presentations."

Lukáč hopes the Košice region will build a permanent exhibition hall soon because fairs and exhibitions now have to change premises often, but the city currently shows no such intention.

Selected Events in the 1.kvs 2006 Calendar