ARMED with an infectious sense of humour and some of the world's best classical music, conductor Larry Newland will take to the stage of the Slovak Philharmonic this weekend to introduce Young People's Concerts - an invaluable tool for teaching young people to appreciate music. 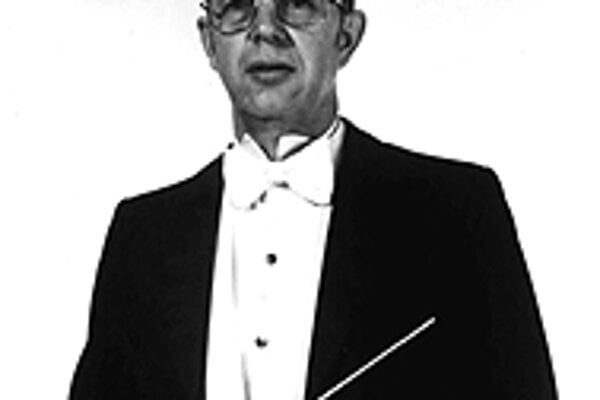 Font size:A-|A+  Comments disabled
ARMED with an infectious sense of humour and some of the world's best classical music, conductor Larry Newland will take to the stage of the Slovak Philharmonic this weekend to introduce Young People's Concerts - an invaluable tool for teaching young people to appreciate music.

Young People's Concerts are renowned around the world, especially at the New York Philharmonic, where they gained enormous popularity during the tenure of the legendary conductor Leonard Bernstein. Questions such as "What is sonata form?" were answered with a potent mixture of entertaining information about classical composers and their styles, punctuated with short musical examples to demonstrate the sound qualities. The concerts were tremendously popular and were eventually broadcast around the world.

Music appreciation was a large part of American public school education during Bernstein's time. But that is not currently the case in Slovakia, especially outside the capital.

"Slovakia has a lot of music courses in its private schools and its conservatories are great," Newland said, "but my feeling is a lot of cultural influences, such as preferences in music, come from within the family and region of the country."

This is a challenge Newland and the management of the Slovak Philharmonic are eager to meet.

"We have a wonderfully loyal audience," Marián Lapšanský, director of the Slovak Philharmonic, said, a glimmer of pride crossing his face, "but it's always growing older. Much of our future success will depend on attracting future generations."

And Larry Newland is undeniably the perfect man for the task. An assistant conductor at the New York Philharmonic who worked intimately with Bernstein - a man he affectionately calls "Lenny" -, he was music director of the Harrisburg Symphony Orchestra before moving to Slovakia, where he has worked with the Košice Philharmonic and the Banská Bystrica State Opera.

Newland's concert/lecture is entitled Evolution of the Orchestra and will demonstrate how the orchestra developed from the Baroque trio to its modern size and sound. Newland will address the young audience in his avuncular tone and bring instrumentalists on stage gradually as he demonstrates how and why each significant composer decided to change the balance of the orchestra.

For example, Mozart's Salzburg Serenade in D will be used to demonstrate how families of related string instruments were formed to give the orchestra a solid foundation, while Fanfare for Brass by French composer Paul Dukas will show the growth of the brass section. The overture to Bernstein's popular opera Candide will close the lecture, an homage to the great American conductor and educator.

Audience members will even be invited to feel the orchestral vibration up close, providing them with a tangibility often absent from classical musical experiences.

"Young people these days aren't trained to associate visual elements with classical music," Newland said. "They just put a CD in the players, plug in earphones, and tune out. Hopefully, having audiovisual examples will inspire interest in coming back to hear more music."

What:The How to Listen to Music - Evolution of the Orchestra concert/ lecture
Where:Slovak Philharmonic, Palackého 2, Bratislava.
When:January 15 at 16:00.
For more information, visit www.filharmonia.sk or call 02/5920-8233.