Building a new spirit of place

A PALACE-like house with balustrades and arch windows or a simple functionalist house, what would you prefer your home to look like? Many Slovaks may still be unable to distinguish fine architecture from kitsch, a renowned Slovak theorist of architecture says. 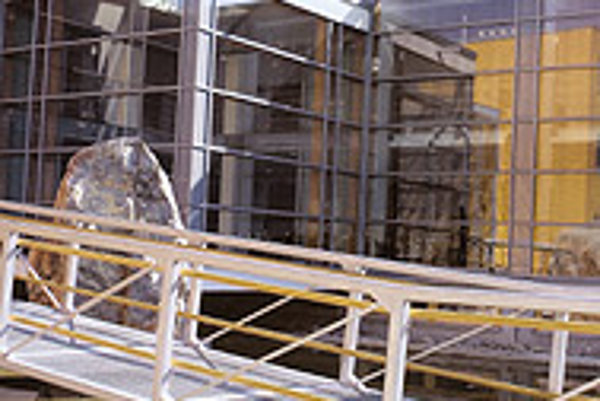 A PALACE-like house with balustrades and arch windows or a simple functionalist house, what would you prefer your home to look like? Many Slovaks may still be unable to distinguish fine architecture from kitsch, a renowned Slovak theorist of architecture says.

Over 40 years of Communism people in cities and towns were placed in large concrete housing estates that lacked all creativity. There was no space for real architecture to develop while the building of concrete blocks of flats was more of a political than architectonical issue.

Though the concrete suburbs remained standing even after Communism crumbled, the nouveau riche soon developed a fondness for "little decorations". They started using arch shapes and curling forms even when they did more harm than good to the look of their houses and the environment. Products of such architecture were often lampooned as "business baroque".

Štefan Šlachta, President of the Society of Slovak Architects, is confident that such a process is natural. People will have to learn what good architecture is.

"The majority of Slovak society does not have a good relationship to quality architecture and does not know what good architecture is," Šlachta said.

The current legislation does little to improve the current state of things. Although the law does not allow building without construction plans, even non-architects can elaborate and prepare them.

He added: "Good architecture, good houses, do not depend only on good architects, they also need wise and intelligent investors. And there are very few of them."

Šlachta is optimistic and sees that the situation is changing. "The process is slow because the thinking of people must be changed as well. The number of examples of good architecture is growing. It just needs time."

He says the quality of architecture means a good quality of life and harmony with the environment.

"This cannot be reached without the support of the legislation. However, the laws and the state institutions often make concessions to the greediness of investors - their efforts to achieve as high a profit as possible," he added.

Concrete housing estates are the worst example of socialist construction and Slovaks will need considerable time to recover from them. The surroundings and the environment of these estates also often appear hostile and remote.

New buildings that have been built within the old housing estates in the last 10 years have not really helped to improve the situation. These new buildings are often designed without consideration for the environment and the planning is not systematic. The revitalisation of such housing estates will remain a big issue for a long time.

However, Šlachta emphasized that the years 1948-1989 also brought some bright examples of Slovak architecture, although there are not many of them.

"There were different periods during Communism - the period of socialist realism in the 1950s, the liberal period in the 1960s, and the normalization period of the 1970s and 1980s. There is no doubt the 1960s was the most interesting period. Thanks to the Prague Spring the 1960s left behind such pieces as: the crematorium in Bratislava, the Slovak Radio building in Bratislava, the New Bridge in Bratislava and the SNP Memorial in Banská Bystrica. In contrast, the 1970s and 1980s brought buildings such as the Slovak National Gallery, the State Archive and the Incheba exhibition centre," the Slovak architectural theorist added.

Young Slovak architects are not burdened by socialist construction and can look for inspiration abroad as well. According to Šlachta, there are young architects who are very able but there are not many of them.

He explained: "The young Slovak architectonical generation varies. That is why those 10 percent of them who are really good create an impression that everything is all right. Unfortunately, it is not. Study is becoming for them a secondary matter and making money is the priority. But this is not just our problem, it is the same in many European countries."

Šlachta thinks that in the future a part of the young generation may be influenced by some high quality development projects like Eurovea and Riverpark in Bratislava.

Globalization is a major issue in architectural circles, including in Slovakia. It brings a plurality of opinions and has led to a new international style that is sophisticated, smart, uses new technologies and top quality materials. The up-to-date technologies and materials mean that architects are not hindered by historical, climatic, social, and cultural conditions.

Thanks to them it is possible to build, for example, a glass building in Iceland. The downside is perhaps that it rejects the idea of a "genius loci", or spirit of place, that considers regional specifics and connections. "I see this as a current but also future problem for Slovak architecture," Šlachta said.

Štefan Šlachta is a university professor, theorist and critic, author of several architectonical projects and studies. He is also the president of the Society of Slovak Architects (SAS). SAS awards the Dušan Jurkovič Prize to an architect or team of architects for a work that improves the standard and prestige of architecture in Slovakia.