Large sets out of vogue 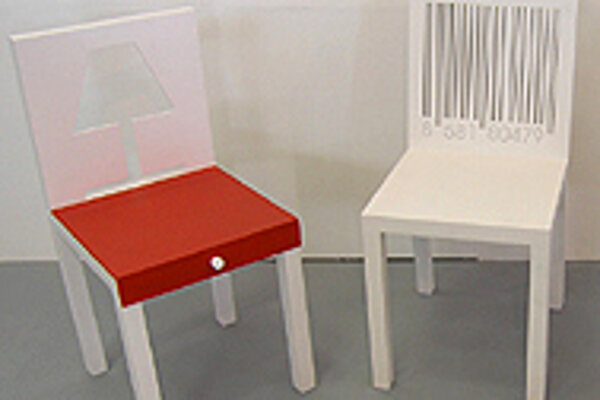 Font size:A-|A+  Comments disabled
The Slovak Spectator (TSS): What are the new trends in furniture and interior design?

Katarína Hubová (KH): In general the trend is towards solitaires [individual pieces of furniture] in interiors built on the design and individuality of the designer. Large furniture sets are fading away.

TSS: In what way do Slovak trends reflect the European, or international, base?

KH: Furniture from the important foreign firms is varied in style, continuing the tendencies from minimalist shaping, which is very demanding to construct, to emotionally appealing furniture with flowery or geometrical patterns. Furniture design, though, is more a subject of local demands and tastes than a global trend. That is why the local producers adjust new ideas to their own needs.

TSS: What can we expect from Furniture and Living 2006?

KH: The changes in 2006 presented at the exhibition will certainly not be dramatic. Overall, furniture is undergoing a crisis that is visible, not only in our local environment, and which promotes sober concepts of living rather than extravagance.

TSS: What can be defined as specifically Slovak in this field?

KH: Specifically Slovak is the fact that many designers work outside the industry, despite the fact that they design solitaires in small series, which more vividly bear their individual styles or use craft elements. This leads to solitaires inspired by updated tradition in shape, function and use, such as furniture with birch braiding and tinker's technique.

KH: Among the Slovak firms the most successful is Brik Kremnica, which produces an assortment of compact furniture. It is sought after at home as well as abroad and also has studios in Prague and Budapest. It is famous as a producer of high quality furniture that follows the trends and incorporates them ahead of time. In 2005 Brik was awarded the Special Prize of the Economy Ministry in the National Design Award competition, which has been organized by the Slovak Design Centre since 1993. For the first time in history this prize was awarded to a firm for successful design, the creation of a chain of studios as well as setting a positive business example for local producers.