When I arrived in Bratislava in August, my head full of briefings and reading, I came with feelings of immense optimism for Slovakia. My five months in this wonderful country have strengthened that optimism even more. 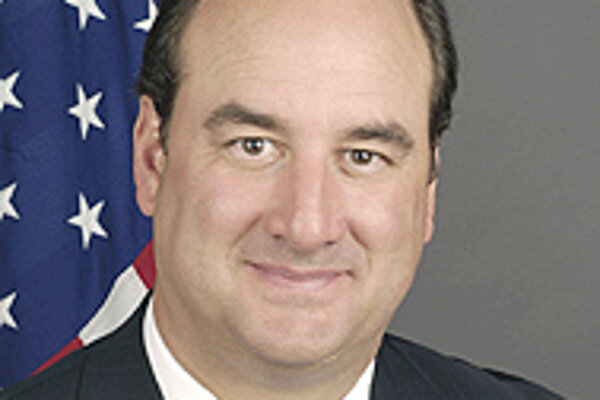 Font size:A-|A+  Comments disabled
When I arrived in Bratislava in August, my head full of briefings and reading, I came with feelings of immense optimism for Slovakia. My five months in this wonderful country have strengthened that optimism even more.

The American Ambassador is more than an envoy to the Slovak government; the US Ambassador offers a welcoming hand to the Slovak people. And it is important to me to extend that hand all around the country, to the towns of mountain and plain, some 50 of which I have had the honour of visiting so far.

From these visits, I have recorded snapshots of a caring and earnest people. On the anniversary of the 9/11 attack, the mayor of Šahy, with emotion and from the hearts of his townspeople, presented me with money his town had collected for victims of Hurricane Katrina. In Svinia, Stakčín, Prešov, Rimavská Sobota, Hostice, Šimonovce, and Košice, members of the Roma community showed with pride the steps they are taking toward political activism, economic development, and dignity in a community struggling to advance. In Kechnec, Prešov, Košice, Humenné, Vranov nad Topľou, Martin, Lučenec, Partizánske, and Prievidza, I heard enthusiastic plans to attract new foreign and domestic investment to industrial parks. In Bardejov, Humenné, and Dúbravka (part of Bratislava), I have viewed the refreshing nostalgia and skill of Slovak dance troupes.

I have witnessed the budding confidence of an expanding Slovak civil society, from environmental activists in Komárno and youth organizers in Žilina to Bratislava's well-estab-lished pro-democracy activists, whose focus on such new democracies as Ukraine and those behind the rigid curtain of totalitarianism in Cuba, Iran, and Belarus serves as an example for the world.

And the sportsman in me cannot forget the pride the Slovaks feel for their NHL stars, their hockey World Cup team, Davis Cup finalists, and the youth I see every Saturday on the soccer pitch. I'm glad to have had the chance to get out on the ice myself with Slovak hockey players, young and old.

Yet in the midst of all this optimism, there is much work to be done. Slovakia is working hard to raise the technological level of its economy. The Roma community comprises nearly 10 percent of Slovakia's population, yet that community's participation in the institutions of the country - parliament, government, sports, medicine, business, media, and culture - reflect a history of exclusion that must begin to change. America had its own unfortunate history with our minority com-munities, and yet, today, our Secretary of State is an African-American woman. I look forward to the day when Slovaks could be likewise proud of a Roma foreign minister.

I would like to see even more Slovaks studying in American schools, and Americans studying in Slovakia. Of course, significant higher educational benefits are now provided to Slovaks studying in EU countries, something Slovaks should applaud. But, selfishly, this makes my job of enticing students to come to America more challenging. Young Slovaks should know that there are possibilities for financial aid to study in the US, and the student visa is not the hairy monster some fear. In addition, we are doing our best at the embassy to make the visa process as smooth, transparent and comfortable as possible for all applicants.

This year brings a great exercise in democracy, the parliamentary and mayoral elections, where the citizens of this wonderful country will determine the future of their country and their towns. And as I continue to reach out as the US Ambassador to the Slovak people, I hope voters will turn out in great numbers - the best vote of confidence in the future of this country.

Rodolphe M Vallee, Ambassador of the US to Slovakia