IN THE HEAVIEST penalty ever levied by the Slovak economic competition authority, seven construction firms have been hit with fines totalling Sk1.474 billion (€39 million) for what the Slovak Antitrust Office (PMÚ) alleges was a cartel agreement to milk the state of road construction finances. 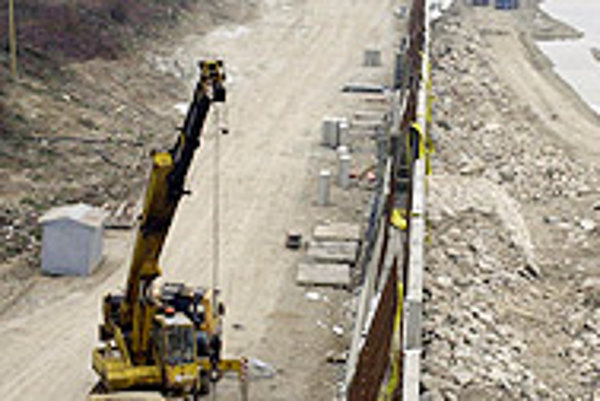 Font size:A-|A+  Comments disabled
IN THE HEAVIEST penalty ever levied by the Slovak economic competition authority, seven construction firms have been hit with fines totalling Sk1.474 billion (€39 million) for what the Slovak Antitrust Office (PMÚ) alleges was a cartel agreement to milk the state of road construction finances.

The fine, the result of a lengthy investigation by the PMÚ, affects firms that bid within three consortiums in a tender for the construction of a 26-kilometre section of freeway under the High Tatras mountains on the Žilina to Košice route.

Slovakia is to invest around Sk13 billion (€330 million) in road construction in the 2005-2006 period, and between 2005 to 2015 plans to complete 295 kilometres of freeways, roughly four times the extent built in the preceding decade.

However, many of the projects have run vastly over budget, due both to the challenging nature of the terrain, and suspicions that funds have been siphoned off.

The construction of the Mengusovce to Jánovce section of the D1 freeway was split into two parts. The first tender for an 8-kilometre section was cancelled after the bidders offered prices that exceeded the official state estimate of Sk10 billion (€265 million) by at least Sk2 billion (€53 million).

"The fine is so high because cartel agreements on bidding prices are among the most serious violations of the rules of economic competition that exist," said PMÚ spokesman Miroslav Jurkovič.

"The case [of the construction firms] is interesting because it was the first cartel agreement uncovered in public procurement," Jurkovič told The Slovak Spectator.

According to Jurkovič, the size of the fine was decided according to the Protection of Economic Competition Act, which sets a ceiling at 10 percent of a company's turnover for the previous fiscal period.

The PMÚ, which has a special department for investigating cartel agreements called the Department of Agreements Limiting Economic Competition, has been monitoring highway construction and related public procurement deals because it is an area that is especially vulnerable to cartel agreements.

The firms have 15 days to appeal the PMÚ decision. Any appeals will be reviewed by the seven-member PMÚ Council, which includes economic and legal experts. Besides confirming or cancelling the fine, the Council can return the case to the PMÚ for review. Apart from appealing to the Council the firms in question can still challenge the penalty in court.

Skanska, Inžinierske stavby Košice and Doprastav have already said they intend to use all legal means to fight the PMÚ fine.

The firms deny any wrongdoing and claim they did not coordinate their bids.

Skanska SK spokesperson Ľubica Polakovičová said her company was not aware of any collusion in connection with the D1 project.

The national highway company, Národná dialničná spoločnosť (NDS), which announced the tender, said it could not have prevented the companies from coordinating their offers.

"Neither the announcer of the tender nor the procurer have any means of discovering whether a cartel agreement is involved in the process. This is the role of state audit bodies such as the antitrust authority or the Supreme Audit Bureau," NDS spokesman Marcel Jánošík told The Slovak Spectator.

According to Jánošík, the NDS announced a second tender for the 8-kilometre section in 2005 with minor changes in the tender conditions. However, due to objections from the unsuccessful candidates, the Public Procurement Bureau cancelled the tender.

"The NDS has now announced a third tender for the 8-kilometre section, and interested parties can review the tender conditions until January 27 and submit binding offers until February 15," Jánošík said.

He said the PMÚ fine would not influence subsequent tenders.

"We are proceeding just as we did before. If the bids exceed the state estimate we have to cancel the tender. If the price limit is met, one of the firms wins," he said.

The other two parts of the overall 26-kilometre Mengusovce to Jánovce section are already under construction. A 14-kilometre section stretching from Veľká pri Poprade to Matejovce is being built by Doprastav and Strabag, while the remaining section from Matejovce to Spišský Štvrtok is being built by a consortium led by the Czech Stavby Silnic a Železnic, Hradec Králové.

Experts agree that it is very difficult to identify and prove cartel agreements. However, the PMÚ has recently been trying to increase awareness of the most serious violations of free competition rules.

"Last year the office documented suspicious behavior by firms in public procurement and sent its report to the procurers, including state bodies and municipalities. We asked them to report any such behavior to the Antitrust Bureau," Jurkovič said.

The antitrust authority says the fact that three of the seven firms penalized by the PMÚ are foreign companies "should have no impact on the enforcement of the fine," according to Jurkovič.