COMMUNICATING with journalists is far from the only activity of public relations firms, but it remains one of their most important tasks. 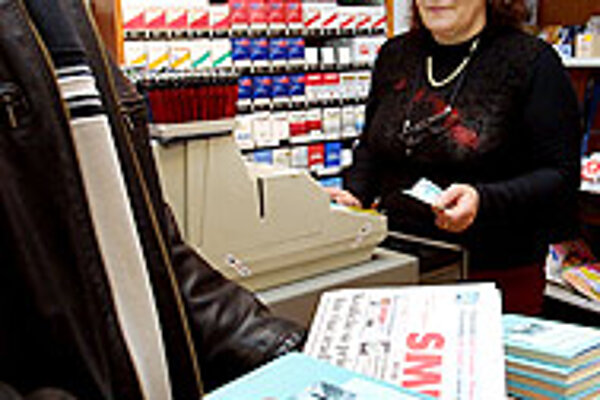 Font size:A-|A+
COMMUNICATING with journalists is far from the only activity of public relations firms, but it remains one of their most important tasks.

Although the job of PR firms is to ensure that their business clients are presented in a good light, PR agents do not always have to lobby journalists to mention company names. Sometimes it is enough just to raise a topic, such as depression for example, which can create public interest in pharmaceutical firms producing anti-depressants.

In this light, with PR agencies suggesting topics rather than names, they can form lasting partnerships with journalists, who are always on the lookout for story ideas.

The key, say both media and PR professionals, is to target the right journalist with the right information, and not to be too longwinded or heavy-handed in touting the client's virtues. Experienced PR agencies research the media market to discover which journalists cover what beats, and then take care not to overwhelm them with untargeted information.

"Companies use the services of PR agencies because such agencies have professionals that can communicate better and quicker than a company could on its own. That's why information from PR agencies tend to consist of information from companies. Journalists, who have an enormous need for information, should critically evaluate what they receive and verify it," said Michaela Benedigová, managing director of Interel Public Relations.

"Our rule is that if we have nothing to say, we say nothing. We try to get to know how the media and different journalists work," she added.

Štefan Vadocz, managing partner of PR firm Neopublic Porter Novelli, said that the extent to which his firm's information is picked up by the media depends on the topic.

"If it concerns a subject that is interesting for the media, such as privatization, the information will run everywhere. But in general, press releases get a better reception from specialized media like the lifestyle supplements of magazines and so on," he explained.

Miriam Mádrová, an account director with Omnipublic, said the relationship was a two-way street, and that she not only represented the interests of her business clients, but also helped journalists make contacts and arrange interviews. "We are interested in what type of information a journalist needs and whom he would like to interview," she said.

The Slovak Spectator asked several Slovak journalists how useful they found the work of PR agencies. All five respondents answered three questions: whether they use the information distributed by PR agencies; if they have had any bad experiences with PR agencies; and whether journalists distinguish better PR agencies from worse, or if they regard all agencies as the same.

Jana Brondošová, Trend business weekly: "I use the information distributed by PR agencies very rarely. I'm in such close contact with professionals in the area I cover that I usually have any new information long before a PR agency releases a press release.

Sometimes they send a really long attachment without a short introduction in the body of the mail. Of course, some PR agencies are clearly able to communicate better than others. For me, the reputation of their clients is an important indicator. Professional PR agencies usually have good clients."

Alexandra Dovalová, Radio Expres: "I find I'm able to use about 50 percent of what the agencies send off their own bat, apart from information I specifically ask for. I always have to work further with the information they provide, such as asking for other opinions.

Previously I worked with a news agency and I was literally overwhelmed by the volume of press releases. I don't know why, but in radio it's much better. The press releases are focused on the areas I cover. PR agencies ask what I'm interested in.

I sometimes find it difficult to obtain quick information from a company through a PR agency. For me, the easiest and the best solution is if a company has its own spokesman, leaving the PR agency to focus more on promotion and event services."

Juraj Javorský, Hospodárske novinybusiness daily: "Sometimes PR agencies are a vital source of information, because many companies have started communicating exclusively through them. I understand that the information they provide is motivated by their desire to present each company in the best light. My basic rule is to work further with the information I get from a PR agency.

I see them as standard representatives of companies, communicating as openly as they can. A problem can arise when they have difficult clients. In these cases, the PR agencies seem to become infected by their clients' manipulative and half-baked ways."

Martin Kováčik, Pravda daily:"I almost never use an entire press release in an article. I tend to take the information distributed by PR agencies as a starting point, and then consider what can and can't be used in an article.

I certainly do have a different level of professional relations with individual PR agencies depending on the standard of their work. If a PR agency comes up with some topic suggestions, I almost always send them more detailed questions about them. The problem is that they usually leave the most interesting questions unanswered. The result is either that I don't write about the topic, or that I wait until I find out more about it from other sources."

Peter Világi, Hospodárske novinybusiness daily:"Information from PR agencies can sometimes serve as inspiration for a story, but their content is more appropriate to advertising. Even if a press release is perfect, there is an unwritten rule at the paper that if it is more than 10 lines long and it is not negative, the article must cover the whole market, not just one company (for example, in releases that present business results). That's another reason why 90 percent of press releases never make it to the news pages.

Sending questions to a PR agency usually means going through a mediator that in turn sends the questions to a company spokesman or its marketing department. After the answers are ready, the company director removes the sensitive parts and sends it back for the addition of some flashy wrapping. Finally, the PR agency sends the answers to the journalist. I prefer it when a PR agency can directly communicate with journalists and not act only as a mediator.

I would be lying if I said I'd had no good experiences with PR agencies. My objections are related mainly to press releases and answering questions, which is only a small part of their work. When it comes to press conferences and workshops, I have had good experiences."