Hunters, soldiers and winemakers take to the dance floor

SLOVAKS like to entertain. That is a generally known fact and easily proven, especially at this time of the year, when the ball season is at its zenith. 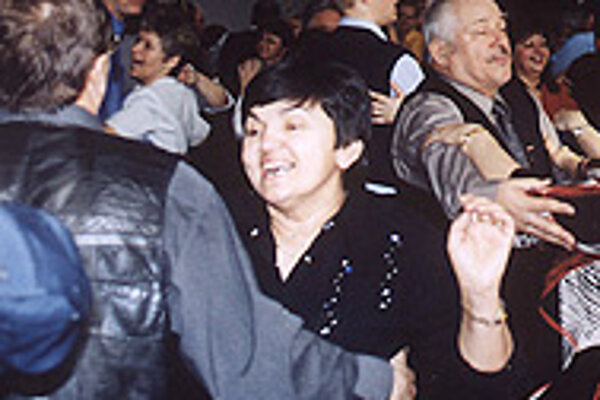 Font size:A-|A+  Comments disabled
SLOVAKS like to entertain. That is a generally known fact and easily proven, especially at this time of the year, when the ball season is at its zenith.

After the Opera Ball at Bratislava's Slovak National Theatre got the season underway on January 7, in almost each village and town across the country Slovaks socialize until the end of Shrovetide, the period that closes the ball season on Ash Wednesday, which this year is March 1.

A couple of centuries ago, in the times of the Austro-Hungarian monarchy, only the aristocracy held balls, on occasions such as birthdays and coronations. In the second half of the 19th century celebrating with a ball started to spread through the lower social classes as well.

Today various professional, ethnic and religious clubs host balls. The general public are invited to meet bank employees, for example, and discuss financial matters in the pauses between dances. Winegrowers offer advice on what to buy over a glass or two from their harvest, and hunters make their wives happy by taking them out as compensation for all that time spent in the forest.

The town of Brezno, situated in the country's very heart, is holding 10 balls this season, among them the Rýdzoslovenský (All-Slovak) and Delostrelecký (Artillery) balls.

The director of the Tourist Information Office said that there used to be an artillery unit in Brezno that for quite a time threw "splendid balls" for its officers and their guests. The barracks closed last year but the ball survived. Former soldiers continuing the tradition are organizing the next Artillery Ball for January 27.

The All-Slovak Ball in the town is a "typical Slovak ball" that has been held for almost three decades. Members of Brezno's folk dance and music ensemble Mostar dress up in folk costumes and entertain guests arriving from the wider environs, often wearing "the folk" as well.

Further north from Brezno, the town of Ružomberok invites guests to a Hunters' Ball on February 4, which starts with a blow from a hunter's horn. Unsold Christmas trees will decorate the interior, creating a forest-like atmosphere. Hunting trophies, such as the skin from a bear or a boar, will hang from the walls and at midnight guests will be served venison goulash.

"The hunters feel the need to mingle as they rarely do," says Milan Šlávka, one of the organizers of the coming 7th Hunters' Ball in Ružomberok.

Similar balls, Šlávka adds, are held in almost every town surrounded by forests. Liptovský Mikuláš holds one, as do Orava and Tisovec.