THIS week expect a winter wonderland: a landscape completely covered with snow with a frost that you can hear crack. 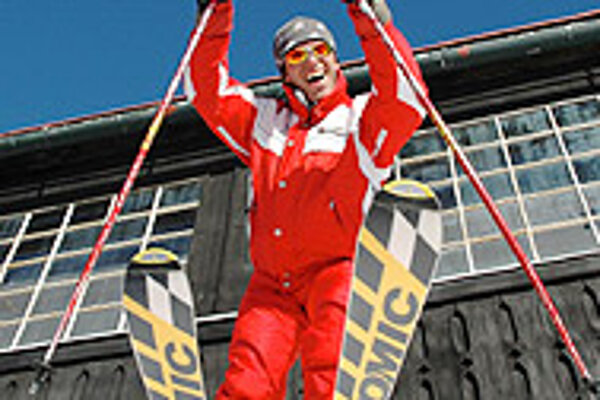 Font size:A-|A+0
THIS week expect a winter wonderland: a landscape completely covered with snow with a frost that you can hear crack.

After several snow showers, an artic chill will blow through Slovakia from Russia and in the middle of the week the temperatures in mountain valleys should drop to as low as from -25 to -35 degrees Celsius. It is impossible to ski in such temperatures for long.

If you do venture out, to get yourself warm you could visit one of Slovakia's many thermal springs, such as those in Bešeňová and Oravice, or the aquaparks in Liptovský Mikuláš and Poprad.

For those who can stand a bit of frost, why not go and see the krňačky competition in Donovaly on January 28 and 29. A krňačky is a traditional sledge used for carrying logs down the mountains to the valleys. All information on avalanches, as well as freeriding offers, can be found at the Free Down 2nd Avalanche Camp in Jasná, January 27 to 29. An important event is the FIS Snowboard Europe Cup in Vrátna dolina (valley), 25 kilometres from Žilina, where snowboarders will compete in a giant slalom race on January 28 and 29.

New facilities yet to be opened this season are a new cabin cableway to Chleb (Vrátna) as well as a four-person chairlift in Oravice and Valčianska dolina (valley). We will keep readers informed on their start-up.

And how's the current situation in selected ski resorts? Here's an update. Luckily, all continue to have very good ski conditions.