THE UNPRECEDENTED resig-nation of a Slovak cabinet minister after a tragedy in his sector has given the country a new defence minister - and, say observers, a new wrinkle in its political culture. 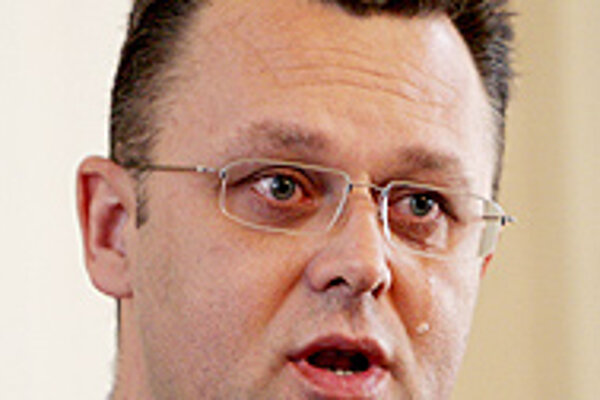 Font size:A-|A+  Comments disabled
THE UNPRECEDENTED resig-nation of a Slovak cabinet minister after a tragedy in his sector has given the country a new defence minister - and, say observers, a new wrinkle in its political culture.

The new man is Martin Fedor of the ruling Slovak Democratic and Christian Union (SDKÚ). Fedor replaces Juraj Liška, who stepped down on January 27 eight days after a military airplane crash in which 42 Slovak soldiers and crew died.

Fedor, who is just 31, had served as deputy defence minister until being named to the post on February 1.

The choice of Fedor proved agreeable to the SDKÚ's coalition partners, leading to a speedy transition.

Hungarian Coalition Party (SMK) Chairman Béla Bugár, for example, welcomed the nomination. "I think this is a very good proposal. He is experienced and knows the sector's problems well," Bugár told the state TASR news agency.

But it was Liška's resignation that had pundits talking.

In his surprise announcement, a teary-eyed Liška said that while he did not feel responsible for the air crash, his determination to leave was "a decision of the heart" and an act of political culture.

"I certainly don't feel any personal responsibility," Liška told the press. "I don't think I failed to do as much as I could to improve the functioning of our armed forces. It's simply because, at the time this tragedy happened to Slovakia, I was the defence minister."

Liška's move drew two principal reactions: One approving the fact it was the first time a Slovak cabinet minister had appeared to place leadership and civilized behaviour above his own political survival, and the other suspicious of the fact that elections are only eight months away and the minister's SDKÚ party is faring poorly in the polls.

Liška himself dismissed the suggestion that politics, rather than conscience, was behind his move. "It doesn't matter whether elections are six months or three years away, the important thing is to remain a human being. I decided to leave because that is how I feel," he said.

But political observers cited previous statements by the Defence Ministry on the topic claiming that the minister was ready to take political responsibility for the crash, but also wanted to make sure it was investigated as quickly as possible. Officials say the investigation is still a long way from completion.

"I didn't expect the resignation of the minister, and was rather surprised when he announced it," said Ivo Samson, a senior researcher with the Slovak Foreign Policy Association (SFPA) think tank.

According to Samson, Liška's stated reasons for resigning would have been more plausible if the crash investigation had shown incompetent management at the ministry, a command failure, or a fault within the system.

"Since no such findings had been announced at the time the minister offered his resignation, I don't find his 'decision of the heart' credible," Samson told The Slovak Spectator.

According to Hungarian newspaper Népszabadság, pilot error was more likely to blame for the crash, which occurred 30 kilometres from Košice Airport in a wooded area of northeastern Hungary. The newspaper cited László Mészáros, the head of the civil Transport Safety Organization, for the speculation.

The Slovak crew had been on visual approach to the airport after rejecting radar guidance. Their An-24 aircraft was not equipped with a ground proximity warning system that might have alerted them to the fact they were flying dangerously close to the Borsó hill they eventually struck.

Slovak authorities have refused to comment on the accident until their investigation is complete.

Samson said that despite his youth Fedor is familiar with the Defence Ministry's agenda, and will probably not have a great deal to do, with the government so close to the end of its term.

"Although he is not a manager and probably can't manage things such as the sale of obsolete army equipment and so on, Fedor has been active on the international aspect of the ministry's agenda, which was partly because Liška was not very fluent in English.

"It's also only seven or eight months until the next general elections, and the major reforms in the army have already been done. All that is needed now is a maintenance man who will follow the previous minister's line," Samson said.

After coming to politics in 1998 to work on Dzurinda's pre-election campaign, Fedor was nominated to the deputy defence minister post in 2003 to replace Rastislav Káčer, who had been named Slovakia's ambassador to the US.

The SDKÚ's selection of Fedor was approved unanimously by the party's executive board on January 30.

As part of the agreement signed between the ruling parties after the coalition government was formed in October 2002, the parties divided up the individual ministries among themselves, with each reserving the right to nominate its candidates to lead the ministries it controlled. Among others, the Defence Ministry was claimed by the SDKÚ.

Pavol Hrušovský, the chairman of the ruling Christian Democratic Movement, said he respected the SDKÚ's choice.

"The Slovak Army needs peace and a sober approach to its many serious problems. I can only hope that the new minister will carry out his duties responsibly," Hrušovský said.

A quick guide to Martin Fedor

MARTIN Fedor was born on March 4, 1974. He studied international relations at Comenius University in Bratislava, earning a master's degree. Between 1998 and 2002 he attended various educational courses and work internships in the US and Germany, as well as a postgraduate course in European economic and public affairs at the Dublin European Institute from 2002 to 2003.

Since 1995 he has cooperated with the US International Republican Institute. From 1998 to 2000 he was the head of PM Mikuláš Dzurinda's office, while between 2000 and 2002 he was the director of the international relations section of the SDKÚ, the party Dzurinda leads. In 2003 he worked in the consular department of the Slovak embassy in Dublin. He became deputy defence minister in June 2003.