Slovak labour "resting on its laurels"

WHILE Slovakia's economy leads the region in its rate of growth and depth of reform, the country continues to post one of the highest unemployment rates in the EU. According to Eurostat, the EU's statistics office, Slovakia's jobless rate in November was 16 percent, the second highest in the European Union after Poland. 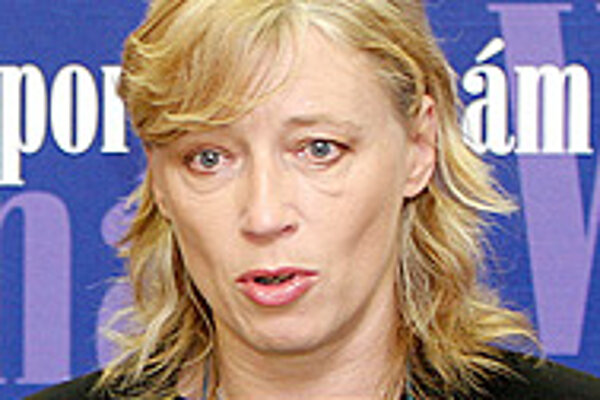 Font size:A-|A+  Comments disabled
WHILE Slovakia's economy leads the region in its rate of growth and depth of reform, the country continues to post one of the highest unemployment rates in the EU. According to Eurostat, the EU's statistics office, Slovakia's jobless rate in November was 16 percent, the second highest in the European Union after Poland. Official figures from Slovakia's Central Labour Bureau show the registered unemployment rate at 12.9 percent.

Notwithstanding the gap between the two figures, which is due to different methods of calculation, it will still be a while before Slovakia catches up to Ireland, with its 4.3 percent unemployment rate.

The Slovak Spectator spoke to Labour Minister Iveta Radičová, a sociologist who replaced Ľudovít Kaník last year to become the first woman minister in Mikuláš Dzurinda's second administration. Kaník, who resigned over suspicions he had misused his power to gain financial advantages, bequeathed to Radičová several demanding tasks, including reducing unemployment, fine-tuning pension reform and overcoming the reluctance of several EU countries to open up their markets to new members.

The Slovak Spectator (TSS): When you replaced Ľudovít Kaník as minister, one of your priorities was to create new jobs and re-training opportunities for people without jobs. You also wanted to see equal opportunity function in practice rather than only on paper.

Iveta Radičová (IR):We need to find solutions for two economically vulnerable groups: people who are out of work, and people who have jobs that don't pay enough to support an adequate standard of living. The most needy group is the long-term unemployed, which tends to be made up of people with few or no qualifications. They are very often "unemployable" on the labour market. The second group consists of people working for the minimum wage; when you take into account the number of children affected, they form perhaps the most vulnerable group in society.

We have started a pilot project to support job creation for these disadvantaged groups that have trouble finding jobs on the Slovak labour market. The projects involve mostly employers with five or fewer employees. Small businesses, self-employed people, NGOs and municipal governments can apply for assistance.

We launched the project last November and December, and as a result 3,000 new jobs were created, of which 991 went to disabled people. We set the terms of the project according to suggestions we received from the regions, which are desperate for such jobs. We received 40 percent more applications than we were able to satisfy.

The results were encouraging, so we will restart the project in February and pour more funds into creating new jobs. We hope to see 5,000 new jobs created in the country's less prosperous regions.

TSS: Regional disparities in Slovakia between the wealthy western part and the underfed east have increased. Are these projects an attempt to reduce the gap?

IR:We have been supporting projects from regions where the unemployment rate is the highest. The Bratislava region is not eligible for this kind of assistance. For example, in deciding on support for various schools, the ministry gave preference to educational institutions where 50 percent of the student body comes from underprivileged families with minimum incomes.

TSS: You said that the main problem of these vulnerable groups is that they lack qualifications. The state has sponsored several retraining courses but these have not always helped. How can the state help these people more effectively?

IR: The changes to the Act on Employment Services marked a new approach because they made labour projects accessible not only to people without jobs but also to the working poor. Both groups can now use all the tools that are available on the market for unemployed people. We also added families with many children and single parent families to the list of groups that are eligible for state support on the job market.

The re-qualification courses are mostly focused on getting people to complete their elementary school or high school education. We also support courses and training sessions that increase the chances of unemployed people to get jobs. We consult with employers and try to involve them in the process so we can promptly react to business workforce needs. Either we organize these training courses directly, or the employer organizes them and the state shares or covers the costs.

We also support people who decide to become self-employed, and provide them with assistance and training.

I am expecting that attendance will drop at courses that are not effective and do not increase the participants' chances of finding jobs. Such courses actually hurt the participants because they create the hope that attending the course will increase the likelihood of finding work, when in reality this doesn't happen. Such courses encourage the feeling that education is not a key to the labour market.

TSS: The arrival of large investors to Slovakia has revealed a lack of qualified labour in the country, for example in the area of information technologies, where there is a shortfall of about 2,500 specialists. In three years, this number is expected to reach 4,900 if nothing is done.

IR: I don't want to sound as if I'm passing the buck, but this is more a question for the Education Ministry. I think what the labour market needs most is a change in the objectives of the education system. Slovakia is resting on its laurels and basking in the illusion that it has a well-trained labour force, when in fact the Slovak labour market has been slow to adapt and to react to new technologies and the requirements of the 21st century.

I can only say again that the main tool to achieve change is in the hands of the Education Ministry, and I don't think that the main issue in the education system should be whether or not to charge tuition. The most important thing is to improve the quality of the system.

Foreign investment is not just about large state subsidies for investors. Investors also select schools where they carry out micro-reforms to prepare skilled labour for their own needs. They modify the content of education at these schools in line with practical needs.

TSS: The European Union declared 2006 as the year of labour mobility. However, France and Germany have already suggested they do not plan to open their labour markets to workers from new member states. Do you think their fears of a wave of immigrant labour are justified?

IR: The ghost of unemployment haunts most European countries, and the EU as a whole lacks jobs for unskilled labour. What we have seen is a brain drain, because the interest in highly qualified labour is there regardless of whether labour markets are open or closed.

If the current generation of highly qualified workers returns to Slovakia after gaining new skills abroad, it will benefit Slovakia. On the other hand, if this phenomenon creates a shortage of skilled labour in the country, it will be negative, and Slovakia will have to either open up to qualified labour from other [eastern] countries, or raise the skill level of domestic labour.

However, I don't think that migration and mobility are necessarily negative.

TSS: While acknowledging the progress Slovakia has made, international organizations keep criticizing the high payroll tax burden that Slovak businesses have to bear. Do you see any opportunity for cuts to payroll taxes?

IR: Slovakia only recently implemented a wide-ranging tax reform that considerably lowered the tax burden. In the near future, therefore, I don't see any room for radical cuts to payroll taxes, although we could slightly adjust the burden depending on how real incomes develop.

Currently, Slovakia's public finance package covers the basic economic risks that exist within society. If we want to maintain the extent of this coverage, a radical cut in payroll taxes would cause a serious public finance deficit. This would force us to re-evaluate the whole social security package and decide whether to drop some completely or keep them at a minimum level.

For the complete interview with Labour Minister Iveta Radičová, see the Slovak Spectator's Career & Employment Guide, which will appear on stands in late February.

Development of jobles figures based on Labour Office data