SLOVAKIA'S asset-hungry capital groups have again reached the last round of a major privatization, this time the sale of the country's railway cargo transporter, Cargo Slovakia. 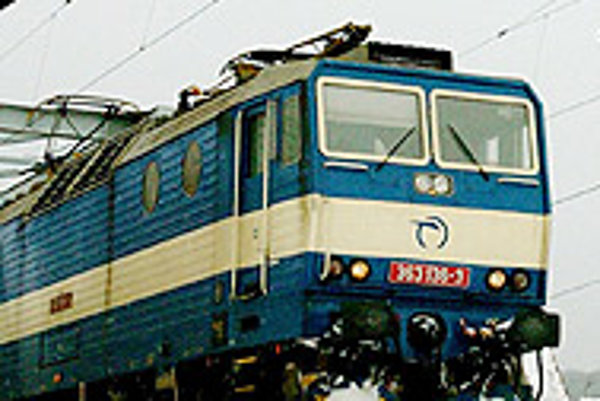 Font size:A-|A+  Comments disabled
SLOVAKIA'S asset-hungry capital groups have again reached the last round of a major privatization, this time the sale of the country's railway cargo transporter, Cargo Slovakia.

Penta Investments, J&T and Slavia Capital, grouped in three consortia, submitted binding offers for the 100 percent stake in Cargo by the January 31 deadline, in what the government has promised will be its last large privatization deal before general elections scheduled for September.

Like the controversial airport tender before it, which was furiously contested by Penta and J&T, the Cargo privatization faces a bumpy ride, as it has been targeted by the parliamentary opposition ever since the Transport Ministry announced its intentions to let a foreign investor enter the cargo carrier.

However, the Transport Ministry is confident that the sale can be wrapped up by the end of March, allowing it to meet the Dzurinda cabinet's promised deadline of March 31 for halting the approval for new privatization projects.

"We will certainly manage to get the Cargo privatization approved. Based on our experiences with the privatization of Slovakia's airports, we will make the deadline," Transport Ministry spokesman Tomáš Šarluška told The Slovak Spectator.

Penta and J&T arrived at the final round for Cargo fresh from a trial of strength over the majority stake in Bratislava and Košice airports, where Penta emerged on top at the end of January as a member of the TwoOne consortium.

The number of suitors for Cargo Slovakia fell dramatically from the 14 potential investors that submitted preliminary bids, and the eight that were shortlisted by the ministry as meeting the requirements. Two of the shortlisted companies, the Polish PKB and the American Genesee & Wyoming, withdrew from the race.

Šarluška said the ministry had actually received four envelopes in the binding round, but that the submission from the German railway company Deutsche Bahn AG had contained only a letter of thanks for the ministry's cooperation, and no bid.

After weeks of controversy caused by a complicated system of evaluating bids in the airports privatization, in which an unprecedented second tender round was announced after massive opposition to the ministry's preferred bidder, Šarluška said the ministry had learned its lesson, and that the Cargo privatization would be simpler.

Unlike in the airport tender, the Cargo privatization commission will not have to evaluate the quality of the investment plans submitted by the bidders.

The privatization commission is led by the Transport Ministry's Mikuláš Kačaljak and consists of nine members: four from the Transport Ministry, along with Anna Bubeníková of the FNM state privatization agency, Jakub Wiedermann of the Economy Ministry and Vladimil Podstránsky from the Finance Ministry. A member of parliament representing the ruling coalition, Stanislav Janiš of the Slovak Democratic and Christian Union, and an MP for the opposition, Ľubomír Vážny of Smer, are also on the commission.

The Transport Ministry expects that the sale of Cargo could fetch about Sk15-20 billion (€401 million to €534 million).

Cargo Slovakia owns approximately 800 locomotives and about 16,000 cargo wagons, as well as attractive pieces of land on which an investor could, for example, build hotels, according to the daily SME.

The sale has experienced some minor hurdles so far. Due to a major snowstorm the deadline for the submission of binding offers was pushed back from January 20 to January 31, while President Ivan Gašparovič on January 4 refused to sign an amendment to the Act on Electronic Communications, which needed to be changed to allow the state to sell more than 49 percent in Cargo Slovakia.

However, the parliament has already passed a law freeing the government to sell up to 100 percent stakes in certain companies.

"This kind of subsidization is not allowed by European law," Minister Prokopovič said in July 2004.

The ministry now argues that if Cargo is allowed to be taken over by a major international transport player, it will be better prepared for competition when the Slovak transport market is fully liberalised. If not, its value will plummet.