AS A LOCATION for subsidiaries of foreign companies, Slovakia has done well, especially since the right-wing Mikuláš Dzurinda government took power in 2002. 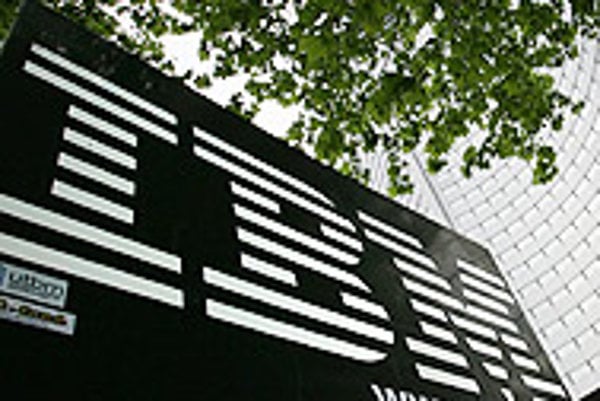 Font size:A-|A+  Comments disabled
AS A LOCATION for subsidiaries of foreign companies, Slovakia has done well, especially since the right-wing Mikuláš Dzurinda government took power in 2002.

But despite the launch of highly-touted reforms such as the 19 percent flat tax and its improved business environment, Slovakia is still not a place that many international companies consider when moving their headquarters.

There are many factors behind this trend, but one of the most important, say tax and accounting experts, is the fact that Slovakia does not allow companies on its territory to deduct from their tax base the losses recorded by their foreign subsidiaries.

On the other hand, some of Slovakia's neighbours do have such legislation, such as Austria and Poland. Poland is in fact the only member of the Visegrad Group (Slovakia, the Czech Republic, Hungary, Poland) to have introduced the tax measure.

Barbora Sečová, an international and Slovak tax advisor and partner with BMB Leitner, said that Slovakia could significantly increase its attractiveness as a headquarters site or a "holding location" for international firms by allowing the write-offs.

"In our opinion, the deduction of losses by foreign subsidiaries should also be allowed in Slovakia. This would certainly enhance Slovakia's attractiveness as a holding location, she said."

A memo sent by the Finance Ministry to The Slovak Spectator suggests that Slovakia will not be seeing a deduction of losses clause any time soon.

"From the income tax point of view we consider the business environment to be sufficiently attractive. That is why we do not intend to make any changes regarding the deduction of losses by daughter companies within the EU," the statement read.

Tax advisory companies stress that deduction of losses is far from the only factor in decisions by international companies on where to locate their headquarters.

Mark Gibbins, tax partner with KPMG Slovensko Advisory, said that two issues had to be distinguished. The first was whether Slovakia could become a favourable location for holding companies, a scenario in which Slovak companies would hold shares in other international companies in their group. The second issue was whether Slovakia could be considered a favourable location for the physical presence of a headquarters staff.

Clare Moger, tax senior manager at PricewaterhouseCoopers, said that introducing group relief in Slovakia was unlikely to be the most significant factor in helping the country to lure international company headquarters.

She also noted that group relief was not necessarily a good thing for the Slovak economy.

"Group relief could significantly reduce state budget income, since it would have to apply to all companies based in Slovakia [not only international firms attracted to Slovakia by group relief - ed. note]," Moger said.

"Moreover, international companies that came to Slovakia primarily because of group relief would probably be carrying out mainly head office functions. Unlike production investors, they would neither significantly reduce unemployment nor develop infrastructure."

Advisory companies agreed that Slovakia stands to gain more than it loses if it becomes an attractive holding location.

For one thing, it would improve the country's image and create senior management positions for Slovak professionals, many of whom are leaving Slovakia now that finding work in the EU is easier.

International companies would also create demand for high-quality headquarters, as well as hotel and conference facilities for visitors, both of which would boost real estate investment and development in Slovakia.

Finally, as a holding location Slovakia would attract more stable investors, compared to production plants that come to take advantage of short and mid-term benefits such as tax breaks and job creation subsidies, Dana Škodná, partner with Ernst &Young said.

"Once these short-term advantages disappear, it is feared, such firms will move their production abroad to cheaper markets, mainly in the east. Decisions on holding locations, meanwhile, tend to be for the longer term," she added.

In terms of disadvantages, Slovakia might see inflation due to the influx of well-paid employees, and greater regional disparities, as the headquarters would tend to be concentrated in Bratislava.

A long way to go

Countries that make good holding locations tend to have stable and favourable tax legislation, as well as high-quality infrastructure and luxury facilities for top management. Slovakia has a way to go in all categories.

According to Gibbins of KPMG, the main tax issues affecting whether Slovakia becomes a favourable holding location are the taxation of dividend income, withholding taxes on dividends paid, and the taxation of capital gains on the sales of shares.

"From a tax perspective, Slovakia's key disadvantage in becoming attractive to international holding companies is that capital gains on sales of shares are taxed.

"In addition, while dividends are currently not taxed in Slovakia, there is currently some political debate as to whether this should continue, and it is likely that many groups would await the results of the elections this year and the policy of the new government before making any decision."

As regards the physical location of a headquarters, Gibbins mentioned non-tax factors such as infrastructure, the cost and availability of labour, and whether or not the country has a favourable environment for expatriates.

Moger of PricewaterhouseCoopers agreed that political and economic stability were key factors in decisions to move a headquarters.

"[International companies] need to be reasonably sure that tax and other laws will not change significantly in the short- to medium-term, for example following a change in government," she said.