TAX reform in Slovakia has not only attracted wide international attention, it is one of the main factors behind the increased flow of foreign direct investments into the country. 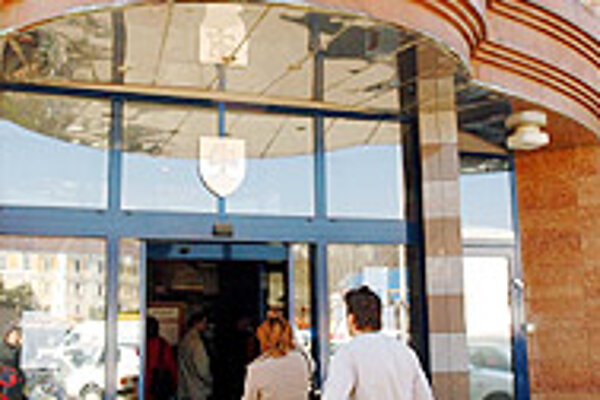 Font size:A-|A+  Comments disabled
TAX reform in Slovakia has not only attracted wide international attention, it is one of the main factors behind the increased flow of foreign direct investments into the country.

While most members of the business community say it is too early to be able to assess all the effects of the reform, analysts say it has fulfilled its main aims - to attract investors while not deepening the state budget deficit.

The Slovak public, meanwhile, which perceives the reforms from the perspective of their living standards, takes a more critical view.

On January 1, 2004, a flat tax rate of 19 percent took effect. Companies and individuals were subject to the same rate of income tax, compared to the previous indexed system, which had levied as much as a 42 percent contribution. The VAT rate was also set at 19 percent.

At the same time, in an effort to simplify tax legislation, the Finance Ministry eliminated various tax exemptions.

The ministry claimed to be guided by the principles of simplicity, efficiency and justice, and shifting the emphasis from taxing incomes to taxing consumption.

In a recent survey by the MVK agency, published in the SME daily, approximately 30 percent of respondents said their incomes had fallen since the introduction of the flat tax. Only seven percent felt their incomes had increased, while 40 percent said they had not noticed any change.

The older the respondents, the more critical they were of the reform. Education played a factor as well: People with university degrees were more positive about the changes, while only 1 percent of respondents with elementary school education agreed with the tax.

What the analysts say

Based on figures from the Institute of Economic and Society Studies (INESS) in Bratislava, Slovak tax offices in 2005 collected Sk53 billion (€1.4 billion) more in taxes than they had in 2003, a 26 percent increase.

Analysts caution that it is too early to say whether this is as positive as it appears, since the ministry does not yet have the tax collection figures based on the accrual principle, according to which credits and liabilities are recorded in the public accounting system at the time of issue, not at the time they are paid.

However, Robert Prega, an analyst with Tatra banka, said there was reason for optimism: "The experience we had earlier with corporate income tax was fully confirmed. The state has gradually been lowering taxes from 40 percent to the current 19 percent. In the majority of cases where the corporate income tax was lowered, the result was increased tax collection."

The Finance Ministry has long argued that high tax rates increase incentives to hide income and find loopholes, while lower rates and simpler systems lead to an "I might as well pay" response among companies and individuals.

Additionally, the positive global response to the tax reform helped Slovakia to increase its international profile and arouse interest among potential investors.

"I think this publicity was as important as the tax rate cut itself," Prega added.

Zdenko Štefanides, head of corporate strategy and economic research at the VÚB bank, praised the reform as well: "The flat tax, and the tax reform in general, was undoubtedly beneficial because it simplified the tax system and made it more effective, and at the same time improved the business and investment environment."

On the other hand, critics say the flat tax had wider implications than happy corporations and investors. Individuals with mid-range incomes of Sk12,000 to Sk15,000 (€320 to €400) a month saw their net incomes fall.

Previously, in 2003, personal income tax rates varied from 10 percent to 38 percent for the highest income bracket. After the tax was unified at 19 percent, some people near the bottom of the salary scale ended up paying more in taxes, although not the working poor with incomes of Sk5,000 to Sk7,000 (€133 to €187) a month, for whom the reform abolished income tax completely.

However, INESS pointed out that the lowest income group suffered not from the income tax reform but from the change to excise tax rates, which was also part of the tax reform. The two VAT rates (20 and 14 percent) that had existed before the reform were replaced by a single 19 percent VAT rate. This meant that VAT increased on basic commodities such as food, raising the basic cost of living for the lowest income groups.

"The tax reform does seem more controversial when it comes to individuals. However, I think the previous system was not just. Each additional effort was taxed. The current system is motivating," Prega said.

Let's give it time

The Finance Ministry says the tax reform needs more time to show its true genius. Without the accrual results, the ministry for now is refusing to discuss possible further cuts in the income tax rate or to the payroll surcharges that employers play on employee salaries. The ministry's priority is paying down the state deficit from previous years.

The ministry is convinced that in the future the reform will be seen to have even more positive effects, such as in more dynamic economic growth and a reduction in unemployment. It also warns against any possible "erosion" of the reform that could spoil its simplicity.

"Of course, there is also a risk that the tax reform will be abolished altogether, but the threat of erosion through various exemptions, special tax rates and regimes is more real. Efforts to introduce a lower VAT rate on selected goods, pressure to lower some excise taxes (for example on fuels) are an example of possible decisions that could start an erosion," Finance Ministry Ivan Mikloš wrote in the preface to a recent study on the tax reform.