Finding beauty amid the violence 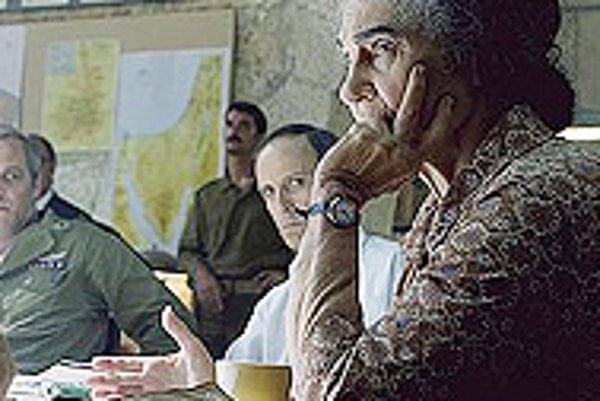 IN STEVEN Spielberg's latest film, Munich, Israeli Prime Minister Golda Meir (Lynn Cohen) tells a group of government officials: "Every civilization finds it necessary to negotiate compromises with its own values." She refers specifically to the 1972 Munich Olympics, when Palestinian terrorists murdered 11 Israeli athletes, and argues for revenge to "show them that [Israel is] strong". But she could just as easily be speaking as an Islamist terrorist or as a member of the Bush administration during a closed-door meeting about the "war on terror".

Spielberg sets his film in the aftermath of the events at the Munich games, but he quite explicitly makes connections to the present day. He obviously sees the film not only as a means of narrating that ugly chapter in the history of Israeli-Palestinian relations, but also as a way of commenting on our current climate, which sadly seems to have changed very little. Just days ago the people of Palestine voted overwhelmingly to put in power the political organization Hamas, which has repeatedly refused to acknowledge the state of Israel and supported suicide bombings and the death of Israeli civilians.

Without endorsing or condemning the positions of either Hamas or the Israeli government, it is nevertheless safe to say that the cycle of violence that Munich depicts is far from over. Spielberg certainly knows this and, furthermore, recognizes its connections to al-Qaeda, the events of September 11, 2001, and the subsequent "war on terror". This is why he made Munich. And this is why the film succeeds.

For over 30 years, through films that have veered between subjects light (Jaws and the Indiana Jones movies) and heavy (Schindler's List and Saving Private Ryan), Spielberg has continually proven himself one of cinema's most talented artists. He has an understanding of the moving image that few can match. But he also has an unfortunate tendency to wallow in sentimentality and to force messages down his audience's throats.

In Munich Spielberg mostly restrains himself; the result is one of his most effective and powerful films. After the massacre at the Olympics, Avner, a trained Israeli soldier and former body guard to the prime minister, gets summoned by the Israeli intelligence organization Mossad to lead a secret mission to assassinate those responsible for the killings. Being a dutiful servant of his country, Avner flies to Europe, where he meets his small team of fellow assassins. Together, the men hunt and kill the Palestinian terrorists, which Spielberg shows in extremely graphic detail.

The gruesome work profoundly impacts the Israeli assassins, causing some of them, like Avner, to doubt the justification for their actions. But others - like the brutally minded Steve (Daniel Craig) - remain as steadfast as ever. When asked by his colleagues whether he has any doubts about exacting the violent revenge, he replies, chillingly: "No. The blood that matters to me is Jewish blood."

Spielberg wisely refrains from judging Steve or any of his characters - Jewish or Muslim. But never does the director endorse the violence being seen. He goes to great pains to show the extent of the carnage, both physical and mental. The assassins become paranoid and depressed, while bodies and families are ripped apart. The camera frequently hovers uncomfortably on dying people and mutilated bodies.

It is through this commitment to showing the horrors of violence that Spielberg's faults occasionally get the better of him. An overbearing speech and a few sequences showing Avner's intense torment achieve nothing the film's subtler moments have not already demonstrated. But most of Munich is so strong that it ultimately matters little: Spielberg uses horrible subject matter to create a moving, beautiful, and timely work of art.