CLUBS and pubs in which musicians can turn up and take part in a jam session in front of a public audience in Slovakia can be counted on the fingers of one hand. 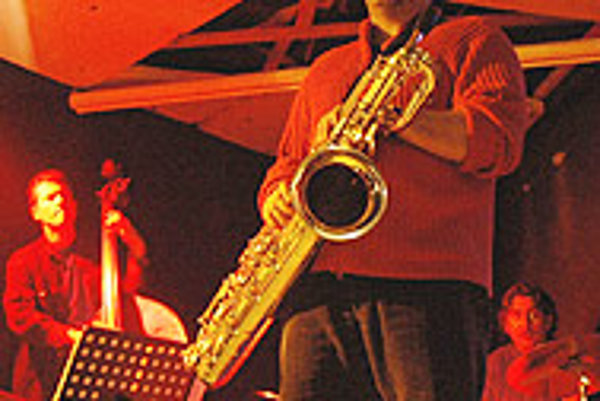 Font size:A-|A+  Comments disabled
CLUBS and pubs in which musicians can turn up and take part in a jam session in front of a public audience in Slovakia can be counted on the fingers of one hand.

One such spot, however, is the alternative Stoka theatre in Bratislava, which gives over its stage to jamming every Monday night. The Stoka, sadly, is to close down by the end of March, due to construction in the area, leaving the fate of the Blues Mondays uncertain.

Previously there have been other attempts to establish a permanent venue for jam sessions in Bratislava: an endeavour from Slovakia's best known jazz man, Peter Lipa, at the Metro Club in Suché Mýto, and others in the Hystéria and Paráda clubs. These projects thrived for a couple of months and then closed down.

"There are not many people interested in such an activity, and therefore they cannot last long," said bassist Juraj Kalász.

"Moreover, people, who come to [clubs and pubs] to listen to music, won't order a steak and a bottle of Chateau Neuf du Pape to drink. So unless you come across an owner strongly set on such a course, it's not going to work."

Luckily for Kalász, he and his fellow jazz musicians who make up The Trio seem to have found such a person. One of the co-founders of Bratislava club Hlava XXII (Catch XXII), Milan Kontrík, who assists with the club's musical programme, helped persuade its current owner to reserve Wednesday evenings for the ensemble's regular Jam Sessions.

"The owner likes the idea," Kontrík said, explaining that an owner needs to have a passion for jazz and blues before he will let them through the door. "One can hardly talk of any profit from minority genres [like jazz and blues] as the people who come are mostly students."

The first of The Trio's Jam Sessions in Hlava XXII took place on January 25. Three musicians, two from Prague, joined the trio's regular line up - bassist Kalász, pianist Ľuboš Šrámek and drummer Marián Ševčík (who has now been substituted by Ján Oriško) - on stage that night.

Each Wednesday night the trio plans to introduce a special guest, but the "jamming" is open to everyone.

"The repertoire of the evening is down to whoever is there on that night," Kalász said. Listeners can therefore hear anything from be-bop to the latest jazz styles.

The Trio has been around for 10 years, accompanying jazzmen such as Peter Cardarelli, Peter Lipa and Radovan Tariška. Its members are all classically trained and all have worked with international jazz musicians. Kalász and Ševčík played with Greg Burk, The Trio's bassist also cooperated with John Taylor and Toninho Horta and the drummer worked with Oliver Kent and Anna Lauvergnac. Pianist Šrámek played with Norma Winstone, Billy Hart, Ingrid Jensen and Mark Murphy.

In Hlava XXII the musicians expect to get a bit of a rest from playing around the world, and share the skills they have gained. People who turn up to jam should gain much-needed practice as well as the inspiration to enable them to reach new heights. Listeners should enjoy high quality and versatile performances.

Kalász, who teaches double bass, also hopes that music students will actively learn the "language of the music" through their ears rather than by looking at sheet music.

"We founded the club in 2001 as a multicultural project, open to minority genres in all their forms," Kontrík said. "However, it proved difficult to carry on, so we had to cut it off.

"Now it looks like that initial idea may return."

Hlava XXII has also extended an invitation to the Stoka's Blues Mondays to move in, once the theatre closes its doors. The blues organizers say they need time to let the idea "run through their heads".