A POLICE investigator with the Organized Crime Bureau charged six people with fraud on February 7 - including several with ties to a former government party - alleging they had stripped almost Sk1 billion (€30million) in assets from the failed financial institution Devín banka from 1998 to 2001. 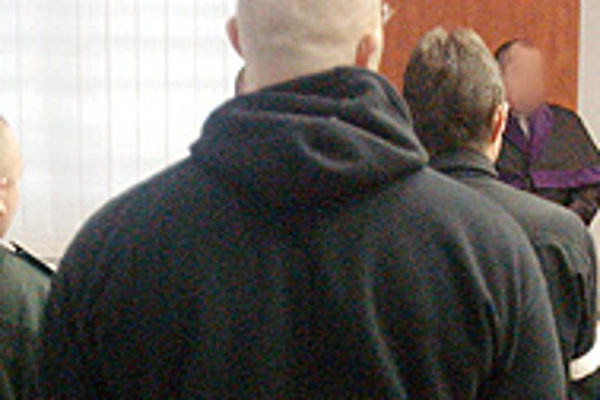 Font size:A-|A+  Comments disabled
A POLICE investigator with the Organized Crime Bureau charged six people with fraud on February 7 - including several with ties to a former government party - alleging they had stripped almost Sk1 billion (€30million) in assets from the failed financial institution Devín banka from 1998 to 2001.

According to the Interior Ministry, the bank's money was "tunnelled" through uncovered bills of exchange, and most of it wound up on the accounts of the Apis, a.s. firm, which had both personnel and property connections with Devín banka.

Apis was also closely affiliated with the now-defunct Democratic Left Party (SDĽ) of reformed communists that was a member of the 1998-2002 Mikuláš Dzurinda government.

Rusnák and Kanis are both former Devín banka directors, while Lisá headed its loan department.

Devín banka and Apis are today both in bankruptcy.

According to the police, in 1998 Devín banka lent money to Apis, one of its shareholders. Although bank guidelines capped the amount of money that could be lent to a shareholder, the bank's management used private companies to covertly lend Apis more than the allowed amount.

Apis, however, in the end was unable to repay the money, which was one of the factors in the bank's collapse.

When the National Bank of Slovakia subsequently audited Devín banka, the ministry claims, the bank's management thwarted the efforts of auditors and violated the Banking Act.

Founded in 1992, Devín banka has long been surrounded by dark suspicions and lurid events. In 1995, Karol Martinka, then close to the ruling HZDS party of then-Prime Minister Vladimír Mečiar, took over as director of the bank, and secured for it a contract with the Finance Ministry to receive imports of military equipment as payments on Russia's debt to Slovakia. The bank was awarded a 20 percent provision for the debt payments.

In 1998 Devín banka was referred to as "the Trojan horse of Russian interests in Slovakia" by former FBIS security officer Igor Cibula.

Under the directorship of Ľubomír Kanis, who took over in 1997, Devín banka secured further debt settlement contracts from the Finance Ministry, then led by a nominee from the SDĽ party. Kanis and Jozef Migaš, the SDĽ leader, were old schoolmates, and Kanis himself was an SDĽ member.

Following its 2001 collapse, Devín banka continued to be tunneled in bankruptcy. Police have charged 14 people in a separate case with stripping more than Sk57 million (€1.5 million) in assets and arranging the murders of three witnesses. That case is currently before the Special Court for political and organized crime.

The four members of the bank's former management charged in February were taken into pre-trial custody, while the Apis officials will remain at liberty while their case goes forward. All of them face sentences of between 5 and 12 years.