CORRUPTION and bribery remain serious problems in health-care systems around the globe, in both industrialized and developing countries. Graft takes various forms, from embezzlement of health budgets to bribes extorted at the point of health service delivery, and has one thing in common: the socially vulnerable carry a disproportionately large share of the burden. 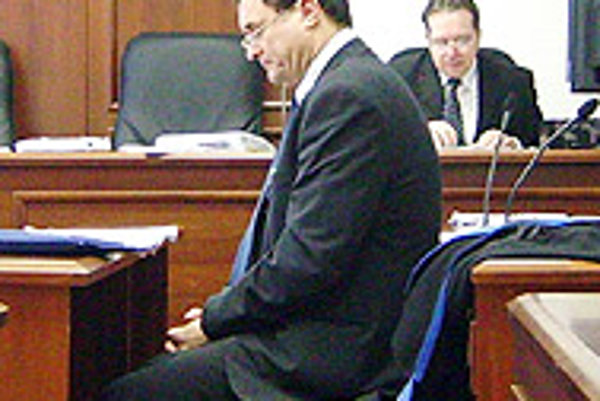 Font size:A-|A+  Comments disabled
CORRUPTION and bribery remain serious problems in health-care systems around the globe, in both industrialized and developing countries. Graft takes various forms, from embezzlement of health budgets to bribes extorted at the point of health service delivery, and has one thing in common: the socially vulnerable carry a disproportionately large share of the burden.

This was the main message of the Global Corruption Report 2006 released by Transparency International (TI) in early February.

The Transparency survey revealed corruption at various stages of the health care system, and in public as well as private facilities. Hospitals have a tendency to abuse equipment and supplies, the corruption watchdog found, while health workers demand fees for services that should be free.

According to Transparency International, corruption is impairing the health of inhabitants of former communist countries.

Last month, the World Bank estimated that companies in the 10 new EU-member states spend five to seven percent of their annual revenues on bribery and extortion payments.

Slovaks spend tens if not hundreds of billions of crowns every year on under-the-table payments and bribes, the bank's report stated.

Although Slovakia has taken measures to fight corrupt practices at doctor's offices, hospitals and pharmacies, it still lags behind many European states.

Health care continues to be seen as the most corrupt sector in Slovakia. Based on data from the Slovak Statistics Bureau for 2005, 71 percent of people believe it is necessary to pay bribes or seek out "contacts" to get decent treatment in the health sector.

TI's Global Corruption Report also mentioned Slovakia in connection with the offer and acceptance of "informal payments", or bribes, in health care.

The current government launched a radical reform of the health-care sector when it took office in 2002, both to reduce spiralling costs and combat corruption. However, experts say it will take some time for the anti-corruption measures to have an impact in the sector.

"Public polls, which basically examine the doctor-patient relationship, have not seen positive changes yet," Emília Sičáková-Beblavá, president of Transparency International in Slovakia, told The Slovak Spectator.

She said she expected the positive effects of the government's health-care reform to become visible in the mid-term horizon.

Sičáková-Beblavá explained that the widespread Slovak habit of bearing "small gifts" for medical staff, such as coffee or flowers, are not "socially dangerous activities", and that her organisation does not have these in mind when it criticises corruption in the health sector.

The danger begins, she said, when such gifts become required, or when they determine the quality or speed of the service provided.

Sičáková-Beblavá also drew attention to procurement in the health sector, to personnel policy, the transformation of health facilities, drug policy and the marketing of pharmaceuticals.

"The transformation of health facilities, by which I mean the privatisation of hospitals and walk-in clinics, opened space for other forms of corruption in health care," said Sičáková-Beblavá. "I don't dare to estimate their value."

According to Health Ministry spokesperson Eva Slováková, the individual steps the reform introduced were "tough but necessary". She agreed that patients will not see the results until later.

Under the reform, the ministry established an Office for Health Care Supervision, which is independent of the executive branch and ensures that patient needs are met. "The public approved of this step," Slováková said.

The reform also attempted to stem the wastage of drugs and to increase competition between drug producers and suppliers. The money saved should help the state system afford better medicines for serious diseases.

The introduction of charges for doctors' visits, hospital stays and prescriptions, as well as for above-standard services, was part of a general transformation from informal to formal payments - bribes to fees - and was another tool to fight corruption born of the desire for quick and skilled treatment.

"By giving people the opportunity to choose their doctors and nurses [for a surcharge], we provided a legal outlet for the desire of patients to receive medical treatment from an expert they trust," Slováková said.

The ministry official noted that people had begun to come forward and report doctors for breaking codes of ethics, or for misdiagnosing or neglecting patients. According to Slováková, this shows that people are beginning to trust the changes in the health care system.

"Now more than ever before, doctors are being prosecuted for corruption and investigated for malpractice," she added.

Sičáková-Beblavá said that the possibility to purchase medical services from private providers has also eased demand for services in the public health sector, and thus some of the incentive for corruption.

The result, she said, would not only be a cheaper and more efficient system, but also one that appealed to people's individual sense of justice.

"I just don't believe that people are willing to give up a large portion of their incomes if they can be sure of getting the same services without a bribe," she said.

How would you evaluate the current system
for health care in this country?

Source: Centre for the Study of Public Policy, New Europe Barometer (NEB) VII.
Note: The numbers are in %.

TWO Slovak doctors have been charged with corruption.
The Special Attorney's Office recommended on January 4 that Pavol P, a former head of the orthopaedic department at the Trenčianske Teplice hospital, be tried for 38 counts of corruption. According to the Hospodárske noviny daily, the doctor allegedly demanded a total of Sk1.2 million (€31,600) in bribes between 2001 and 2005, and accepted Sk880,000 (€23,200). The physician could face up to five years in prison if convicted.
In a similar case, the Special Court sentenced a gynaecologist at the Bratislava-Ružinov hospital, Martin Š, SITA newswire reported. The physician was found guilty in September 2005 of demanding Sk7,000 (€187) from his patients. He appealed to the Supreme Court, which reversed the initial verdict and remanded the issue for further hearing. On February 8, Judge Ján Hrubala reinstated his original verdict and imposed a 15-month suspended sentence and a Sk30,000 (€803) fine. The latest verdict is not yet valid.
The "special" legal institutions active in these proceedings were founded last year in an effort to fight corruption more efficiently.

Public views of corruption and the health-care sector

THE CENTRE for the Study of Public Policy recently measured the public's perception of corruption in their health care systems. From October 1, 2004 to January 23, 2005, nationwide random sample surveys were organized in eight new EU member states (the Czech Republic, Estonia, Hungary, Latvia, Lithuania, Poland, Slovakia and Slovenia), two applicant countries (Bulgaria and Romania) and Belarus and Russia.
The surveys were given to a total of 13,499 people and were designed to gain deeper insight into society's views on corruption, the state of the health care system, and the effects of age, education and social class on health.
Perceptions of health care apparently vary greatly within the region. Respondents from the Czech Republic and Belarus viewed their systems most positively, while almost three-quarters of respondents from Romania, Slovenia and Slovakia had negative views of their systems. (See table page 3)
Central and Eastern Europe countries were unified, though, in expressing the widespread belief that the medical sector is infected with corruption. Respondents strongly believe that better care is provided only to those who can afford to bribe doctors and nurses.
This is most likely connected to the public's startling lack of faith in the integrity of politicians. Twenty-nine percent say that practically all officials are corrupt and an additional 44 percent see a majority of officials as corrupt. Therefore, it's of little surprise that those who view government as corrupt also tend to see major deficiencies in the health care system.
Five out of six people who see nearly all officials as corrupt think their health system is either very bad or not so good. Almost four-fifths who think a majority of officials are corrupt see the health service in negative terms. Among those who think that less than half the public officials are corrupt, three in five still have a negative view of the health service. Even among the small percentage of citizens in the region who see very few officials as corrupt, just under half have a positive view of their health system.