S&T Slovakia is a 100% subsidiary of the multinational company S&T System Integration & Technology Distribution AG Vienna. Since 1993, when S&T AG was established, it has concentrated mainly on the new markets of Central and Eastern Europe, providing IT to mid-sized and large companies, including service support and medical monitoring and testing systems. 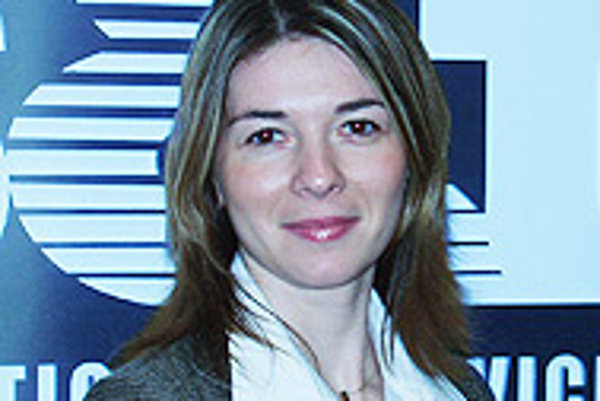 Font size:A-|A+  Comments disabled
S&T Slovakia is a 100% subsidiary of the multinational company S&T System Integration & Technology Distribution AG Vienna. Since 1993, when S&T AG was established, it has concentrated mainly on the new markets of Central and Eastern Europe, providing IT to mid-sized and large companies, including service support and medical monitoring and testing systems. During its 13 years on the market, S&T has opened subsidiaries in 19 other countries in Central, Southern and Eastern Europe, employing more than 1,750 people. With sales revenues of 354 million EUR in the 2005 fiscal year, S&T AG is the leading provider of IT solutions and services for customers in Central and Eastern Europe.

The Slovak Spectator (TSS): S&T operates in 19 countries in Central and Eastern Europe, so you must have a fairly good understanding of where Slovakia is, economically, socially and politically, in contrast with its neighbors and the wider region.

Helena Töröková (HT): With the acquisition of EFP Group last year we also expanded to Germany and Switzerland, which gives us a bit wider context. We have been in Slovakia for more than 13 years. As far as developments among our regional operations go, each country at the beginning demanded more of an individual approach. In Slovakia it was more hardware solutions, and we were the exclusive outlet for HP in the country. Services were added more gradually. In Slovenia, for example, it was more about applications.

In the last five years, however, our Austrian holding company has worked to make our product and service portfolio more standard across the region, and to eliminate the variations. This year, following our acquisition of Varias [a Žilina-based SAP integrator - ed. note], we came up with a new vision across the holding group concerning our approach to the market called "accelerate", in order that S&T not be seen in terms only of hardware and infrastructure, but also of corporate applications, services, and complex solutions.

In terms of IT development, the Czech Republic, Hungary and Slovenia are further ahead than Slovakia in corporate software applications, which is my area, while Poland, Bulgaria, Romania and Russia are strong in large projects and are developing very dynamically. But multinationals are everywhere across the region, applying their standard solutions, so demand for solutions is pretty even across our network. These markets are going in the same direction, and that is reflected in S&T's strategy.

TSS: How difficult was it to get into these markets at a time when they were still in transition from command economies?

HT: There were great differences in what they had and what they needed, so our approach to each country had to be highly specialized. It was complicated, and for that reason great emphasis was placed on management at each branch.

TSS: Why did you choose this region above more developed markets in Western Europe?

HT: The founders were two Austrian gentlemen, and the first branch they founded was in Slovakia, making this country the beginning of their regional expansion. I think the reason they chose this region was that no multinational companies had a presence here, and they saw a certain perspective in the way things were developing. These countries are also very close to Austria, which was probably another reason.

TSS: Is Slovakia where it needs to be, in terms of the Internetization of society, e-government and so on?

HT: We are pretty closely involved with this issue through the various organizations, associations and projects S&T is a part of. As I see it, progress has not been all that slow. In the last few years some big steps have been taken with the Internetization of schools [the Infovek project, which supplied both Internet connections and IT hardware to Slovak schools - ed. note] and professional courses for teachers. It's no longer just a Bratislava phenomenon, it's actually spread to the regions as well. We've done projects in agriculture, health care, and recently with the cadastral office. What we're finding is that organizations want to introduce information systems, and European funds are now giving them financing options they didn't have in the past.

What is perhaps more critical is training people to use the technology. Introducing and installing it is not that complex a process, but giving people the skills they need is something quite different. But I don't think this could be going any faster than it is. There are simply some barriers there that can't be solved by technology.

TSS: To what extent does the rising tide in IT raise all ships? Are companies like yours willing to support projects that may not be profitable in an effort to increase the general level of IT in Slovakia?

HT: Of course. All of our branches and vendors have special packages for state clients, for example, which reflect the limited finances these institutions have for investing in IT systems. On the other hand, with the support of EU funds, many state institutions have drawn up realistic IT budgets that are not underfunded as they were in the past.

TSS: Have you seen a significant rise in demand for IT products following Slovakia's EU entry, as more European companies settled here, particularly after the introduction of the flat tax?

HT: We have mainly noticed the building of call centres here to serve the surrounding region, areas that are close to the customer. But certainly, with all of the recent investment, there has also been a lot of demand from new firms for IT systems.

We were affected to a great extent also by the new regulatory framework that EU accession meant for Slovakia, such as Basel convention for the financial sector, or the exchange of certain documents. The EU has supported electronic data interchangeability, a more structured access to information, the consolidation of information in one location. Entry to the EU brought with it a great deal of change, some of it regulatory, and part of it also in terms of what the EU supported. As a result of this, both the state sector and the commercial sector found they had to invest more into the IT sector. Overall, entry certainly helped the development of IT in Slovakia.

TSS: Do a lot of the companies that settle here bring with them their IT suppliers from their home countries?

HT: In some cases yes, but there will always be a need for local suppliers who are able to offer on-site services, for instance.

TSS: Much has been written about the growing shortage of qualified labor in Slovakia, and the brain drain in the higher professions as demand for skilled professionals in Europe lures talent away. How much of a problem is this in the IT sector?

HT: We do have specialists in Slovakia, but the problem is there is great demand for them at the moment, especially in and around Bratislava. There are a lot of big companies here now with big workforces, and a lot of the areas they are looking for people to fill overlap with one another. Often we find we are competing for the same people. There is a selection to choose from, but there is a shortage of people with the whole package - experience, certificates and professional qualifications, and language skills.

On the other hand, I don't have the impression that there is any massive brain drain in the IT sector. In terms of applications solutions, Slovakia is now offering interesting projects, big and complex ones, for example in document management or business intelligence. We have people who finished their schooling and went to work abroad, within the region or the Czech Republic, and in the end returned home.

TSS: Do you ever transfer people around within S&T's network as a way of managing temporary shortages of specialists or qualified workers?

HT: Certainly. For example today I am cooperating with the Czechs, who have larger capacities in business intelligence, whereas I have a smaller team, so we're doing some projects together. We've also done joint projects with Slovenia, Serbia and Montenegro. There are opportunities that arise, and given that the languages are fairly close it's relatively easy to take advantage of them.

TSS: What can Slovakia do to raise the quality of its workforce in the longer term?

HT: I think that closer cooperation with the commercial sphere is one way. One of my colleagues already works with a university to train students in their junior year in applications all the way through to their employment. It's a way of supporting the education system, and at the same time making sure that students leaving the system have skills that they can use on the market.

TSS: Are there any particular security challenges for a solutions provider like S&T working with telecom and finance clients in central and Eastern Europe?

HT: The telecom and finance sectors are very sensitive in terms of data security anywhere you go, that's just the nature of the business. S&T does a lot in these areas. It's a combination of having the right applications and safeguards, and also knowing the legislation and the security guidelines in the country we're operating in, which in Slovakia includes such laws as the Act on the Protection of Personal Data.

TSS: Companies in this part of the world still tend to use a rather high level of illegal software. How does this affect you?

HT: Among business clients, especially in the commercial sphere, companies are already taking great care to avoid this, not only because the fines can reach Sk5 million (€130.000), but also because of the damage to their reputations of having it reported that they use illegal software. For that reason they have taken organizational precautions against it, and drawn up internal guidelines as well as technical precautions in the form of inventory management and service delivery solutions.

Then, too, there are open source applications that are widely publicly available, so the motive for stealing software has virtually been removed. In combination with market forces making this behaviour both unacceptable and unwise, these factors have reduced this phenomenon substantially.

TSS: From the point of the IT sector, what was the main positive outcome of Slovakia's joining the EU?

HT: The fact that we now see things within a larger context. There are more possibilities now, new know-how has arrived, and people now see things not just from a narrowly Slovak point of view, but also through a larger lens. On top of that, we can also travel more freely (laughs).