SLOVAK political parties now have three months less than they were expecting to prepare for general elections following a decision by parliament to move the ballot from September to June 17. 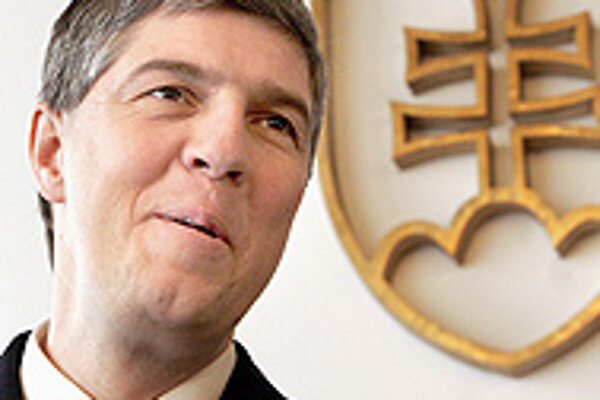 Font size:A-|A+  Comments disabled
SLOVAK political parties now have three months less than they were expecting to prepare for general elections following a decision by parliament to move the ballot from September to June 17.

Apart from preparing lists of candidates for election, the parties also have to speed up their campaign plans, set up election teams, and organize their campaign itineraries.

In one of the most challenging deadlines, parties have to submit lists of 150 candidates for general elections and pay a Sk500,000 (€13,300) deposit by March 18. A special commission must then verify and approve the lists quickly, to leave sufficient time for printing public flyers listing the candidates.

Early elections were approved in the form of an amendment to the constitution by parliament on February 9, only three days after the Christian Democratic Movement (KDH) left the right wing coalition government of Prime Minister Mikuláš Dzurinda. Three days later, President Ivan Gašparovič signed the bill into law.

Unlike in the past, parties will not have their election campaign spending capped. In previous elections they were only allowed to spend Sk12 million (€320,000),

a limit they were widely suspected of surpassing by using legal loopholes.

Béla Bugár, the chairman of the governmental Hungarian Coalition Party (SMK) and the acting speaker of parliament, estimated that his party would spend around Sk15 million (€405,400) on the campaign.

The SMK was also among the first parties in Slovakia to decide how it would nominate its top candidates to its 150-strong election list.

On February 11, party delegates agreed that the SMK's executive body would nominate the first 30 candidates along with its regional bodies.

The higher a candidate is placed on a list, the more chance he or she has of gaining a seat in parliament, assuming the party reaches the five percent threshold of voter support required for parliamentary representation.

"The SMK's top board should discuss nominations for the best positions with the district and regional bodies. Then we will create the complete 150-member list of candidates," Bugár said.

Most political parties were to hold their nomination meetings, where they also decide their election strategy, within one month's time.

In general, however, the parties' candidate lists were expected to be topped by their leading officials.

With the KDH, for instance, the first seven slots on the party's list should include its chairman, its deputy chairmen, and the current head of its parliamentary caucus.

The KDH should have its list of candidates ready and approved at a meeting to be held on March 4.

According to Pavel Minárik, the head of the KDH caucus, the party was already "responsibly" preparing for the election campaign and was confident that "our experience as the oldest and most stable party gives us an advantage over other political parties.

"Our themes for the election campaign will undoubtedly be clear and unmistakeably our own - a small, strong state, security and justice, which is unthinkable without a strong focus on culture and education," Minárik said in an interview with The Slovak Spectator.

He would not say how much the KDH would spend on its campaign. "I see no reason to reveal this to our competitors," he said.

"There are no [legal financial] limits on the campaign, but we will behave modestly and in line with what our sponsors and our [state] subsidies allow."

Parliamentary parties in Slovakia receive subsidies from the state budget calculated on the basis of the number of MP mandates gained in the previous general elections.

The KDH's central party board recently refused a plan to place one candidate of the non-parliamentary Civil Conservative Party (OKS) on the KDH candidate list.

The OKS nominee was to have been placed at number 26 on the KDH list.

During the past year, the social-democratic Smer absorbed the three small left-wing parties as part of a consolidation of the Slovak left wing.

It is unclear, however, what places these candidates will eventually receive on Smer's election list. The top positions will be filled by prominent party members such as chairman Robert Fico, deputy chairman Robert Kaliňák, and deputy chairwoman Monika Beňová, a member of the European Parliament, who said earlier she was willing to give up her lucrative MEP post for a top place in Slovak politics.

Beňová aspires to become the nation's foreign minister should Smer's election result enable the party to reach government and nominate its candidate to this post.

On February 3, Smer's executive board approved the basic strategy, financing, organization and personnel for its election campaign.

Maďarič was also approved as the head of Smer's election team, while Smer General Manager Igor Federič was made responsible for campaign financing.

Unlike other parties, Smer is also planning to cooperate on its campaign with the social democrats of the ruling ČSSD party in the neighbouring Czech Republic. Czech general elections are to be held only two weeks before the Slovak vote.

Czech Prime Minister Jiří Paroubek, the ČSSD chairman, is expected to visit Slovakia during the election campaign to support Smer, while Fico should repay the visit to the Czech Republic.

Prime Minister Mikuláš Dzurinda will be the election leader of his Slovak Democratic and Christian Union (SDKÚ). No other details were available as The Slovak Spectator went to print.

The election strategy of Vladimír Mečiar's opposition Movement for a Democratic Slovakia (HZDS) was also still under wraps.

HZDS spokeswoman Magda-léna Fajtová told The Slovak Spectator on February 15 that the party's national council and top bodies would meet over their campaign plans in the next few days, and that until then, no information on the campaign or the elections would be released.