Slovaks learning to live with debt

WHILE living on credit has long been the norm in Western countries, it has taken people in post-communist nations 15 years to get used to the idea of spending more than they earn. But recent lending figures suggest that Slovaks are finally getting comfortable with the concept of debt. 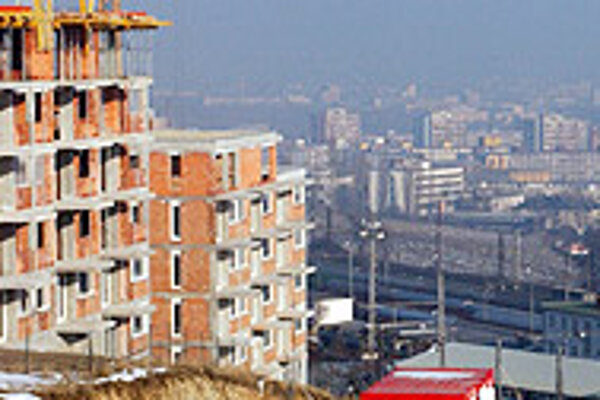 Font size:A-|A+  Comments disabled
WHILE living on credit has long been the norm in Western countries, it has taken people in post-communist nations 15 years to get used to the idea of spending more than they earn. But recent lending figures suggest that Slovaks are finally getting comfortable with the concept of debt.

The fact that Slovaks are so much deeper in debt than they were even a year ago suggests the country's households are more optimistic about the future and their prospects of paying off their loans.

Driving this trend are increasing Slovak household incomes, macro-economic growth, and a gradual decline in unemployment, as well as fiercer competition between banks who are desperate to put their money to work.

Slovakia has the highest rate of GDP growth in the region. According to a Statistics Bureau estimate published on February 15, 4Q GDP in 2005 rose by 7.5 percent from the last quarter the year before, well above market expectations of 5.8 percent.

However, Slovakia is still far from approaching the indebtedness of western nations.

While the average debt carried by Slovak households in 2000 was the equivalent of only 10 percent of their disposable incomes, in the first half of 2005 that figure stood at more than 18 percent.

According to Mária Horecká, an analyst with VÚB bank, the rise, while relatively steep, does not mean that Slovaks are dangerously insolvent.

"If we take a closer look at the financial behaviour of households and compare it with other European countries, we see that the indebtedness of Slovak households is much lower than the average in the European Union, and is even below the levels that Hungary and the Czech Republic posted," Horecká told The Slovak Spectator.

Horecká said that in Europe, households tend to borrow more than three-quarters of their disposable incomes.

According to Miroslav Šmál, an analyst with Poštová banka, the hunger for consumption in post-communist countries, stoked by 40-50 years of relative deprivation, means that people are now trying to make up for lost time.

"I really wouldn't call the situation alarming or unsettling. I also think that the structure of loans is very positive. People are tending to become indebted with housing loans, which is far better than buying consumer goods on credit," Šmál told The Slovak Spectator.

With mortgage loans making up such a large portion of the overall debt burden, it is young people rather than the older generation who are taking on the extra credit.

The ten banking houses in Slovakia that offer mortgages cumulatively approved Sk70 billion (€1.84 billion) in mortgage loans between 1997 and the end of 2005.

Mortgage banks signed 75,905 contracts with clients, while 70,639 mortgages were actually drawn as of December 31, the National Bank of Slovakia (NBS) announced.

According to a report published by the European Central Bank in late November 2005, Slovakia led the EU in mortgage growth.

Over the last four years, mortgages in Slovakia have grown by 150 percent annually compared to an average annual growth rate in the EU of just below nine percent.

Experts attribute the boom to the fact that mortgages are now easier than ever to get and are being offered at historically low interest rates of five percent and less.

The report notes, however, that "the starting level of mortgage loans in the new EU member states was very low." While the overall volume of mortgages in the EU is about 40 percent of gross domestic product, it is only five percent in Slovakia, despite the rapid growth.

The overall volume of commercial and consumer loans in Slovakia was Sk499.6 billion (€13.15 billion) at the end of November 2005, the SITA news wire reported.

Analysts predict that the trend of taking loans will continue.

According to the VÚB analyst, the privatization of Slovakia's state banks at the turn of the century and the resulting change in their strategies made them more active on the retail market, while the increased competition pushed them to offer new products. She added that there has been a considerable shift in social attitudes from "first I save money, and then I enjoy life" towards "first I enjoy life, and then I pay."

Analysts agree that loans have never been as accessible as they now are due to competition between Slovakia's commercial banks, which with only one exception all made a profit in 2005.