WHEN Slovakia posted its fastest GDP growth in a decade in the third quarter of 2005, few expected that the economy was merely warming up. 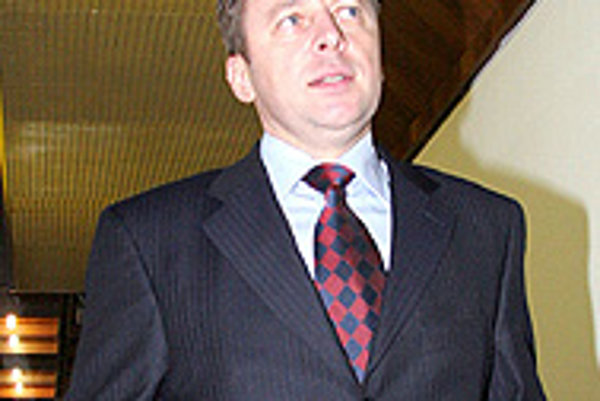 Font size:A-|A+  Comments disabled
WHEN Slovakia posted its fastest GDP growth in a decade in the third quarter of 2005, few expected that the economy was merely warming up.

But a 4Q 2005 estimate by the Statistics Bureau has pegged GDP growth at 7.5 percent, the highest rate of growth in the EU for the period, and one of the highest GDP growth rates Slovakia has ever seen.

The Statistics Bureau on February 15 reported a gross domestic product totalling Sk384.1 billion (€10.24 billion) for the fourth quarter, a real increase of 7.5 percent year-on-year, and a nominal increase of 9.9 percent.

Market analysts, meanwhile, had expected the GDP growth rate to slow by 0.5 percentage points from the third quarter rate of 6.2 percent.

"We expected growth at 5.9 percent, and I think the general consensus was at around 5.8 percent, which just shows how far the GDP growth rate exceeded our expectations," said Ján Tóth, an analyst with the ING Bank, for The Slovak Spectator.

The Statistics Bureau reported that 2.11 million people were employed during the fourth quarter, a rise of two percent from the year before.

Though the Statistics Bureau must confirm its "flash" GDP estimate in March, Slovakia can already take pride in a 6 percent GDP growth rate for 2005. The final figures usually show only a minute difference from the flash estimates.

Economists expect Slovakia to remain the regional leader in economic growth and to catch up rapidly with the standard of living in its western neighbour, the Czech Republic, and Hungary.

Slovak Finance Minister Ivan Mikloš told the press that Slovakia had posted the best GDP results in the fourth quarter of 2005 in Central Europe. The minister said he believed the country's economy still had the capacity to grow faster.

According to analysts, strong domestic demand, household consumption and investments propelled the growth.

"Though we only have the flash estimates to go on, the assumption is that the growth was based on household consumption as well as exports. This means that everything that can inspire a good performance by the economy - internal demand, higher purchasing power among the population, and internal factors like exports - helped to achieve the number," Tóth said.

Mikloš said he believed that the growth was the result of his government's economic reforms, and that it would support the creation of new jobs across the country. He added that if the rate of growth is sustained, employment and people's standard of living will continue to grow as well.

However, analysts also expect that the high growth rates will lead the central bank to tighten its monetary policy.

"We expect that the National Bank of Slovakia will increase interest rates by 25 basis points at the next bank board session on February 28. And a further tightening of monetary policy may already be on the agenda for the following month," said Lucia Štekláčová, an analyst with ING Bank.

According to Ľudová banka analyst Mário Blaščák, the country's economy is currently in a boom phase, while Poštová banka analyst Miroslav Šmál said that the rate of GDP growth will remain high with the launch of production this year at Slovakia's new car plants owned by PSA Peugeot Citroen and KIA.

Tóth stressed that it was positive that the GDP growth was not due only to higher domestic demand, as was the case during previous pre-election periods, but also to rising exports and increasing production.

"By this I mean the completion of some investments at the Volkswagen plant, as well as investments by KIA, Peugeot and Samsung.

"These are perhaps the most important companies to given a considerable push to the economy.

"This time, [growth] is not due to an artificial increase in wages, which instead continue to grow gradually," Tóth told the Spectator.

In response to the rosy GDP results, the Slovak currency approached the strength it had shown before the collapse of Slovakia's ruling coalition in early February, closing trading on February 15 at 37.41/44 SKK/EUR rate. Analysts say that pre-election jitters will prevent the currency from gaining further.

According to a Eurostat report published last December, Slovakia's GDP per capita was 52 percent of the EU average in 2004.