COMPUTERS and the Internet have changed the way we work, learn, communicate and entertain. Communication is now faster and more effective and a large volume of information is at our fingertips. 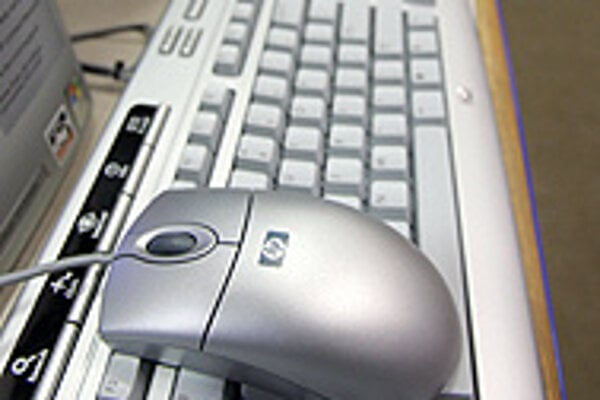 Font size:A-|A+  Comments disabled
COMPUTERS and the Internet have changed the way we work, learn, communicate and entertain. Communication is now faster and more effective and a large volume of information is at our fingertips.

However, new security challenges, such as an increase in the production of so-called malicious code (mainly spyware and phishing), have helped information security to become one of the most important issues facing IT. Not securing your computer means risking that someone else will be able to access your files, abuse your system resources, change your web pages, or infect your PC with a virus.

Viruses and other malicious programmes

There are many definitions for what constitutes a PC virus. In laymen's terms, it is as a programme that aims to impair the operation of a foreign PC.

Programmes such as worms and trojans are also dangerous for PCs. Most often worms invade PCs through a network.

Trojans disguise themselves as a normal programme and then harm an infected PC's operation. Additionally, back door trojans enter your computer and are spread to a different user via the Internet.

It is not always simple for common users to identify whether their computer has been infected by a PC virus. Some classic symptoms include an inability to operate the computer, waiting an unusually long time for the PC to start up or for programmes to open, erratic behaviour from programes, inexplicable changes in file sizes, unusual sounds and or graphics, and sluggish operation in general.

A new form of unsolicited e-mails (spam) have recently appeared that are not only unpleasant but dangerous. It is called phishing, and it is a type of a fraud that attempts to deceive users into revealing their valuable personal data, such as passwords or credit card information.

At first glance, these unsolicited e-mails (phishing scams) appear to be from trusted web pages, such as your bank or loan institutions. Their information looks official, and often contains the logos of existing organisations and other identification data taken from actual web pages.

Uninformed users, therefore, assume it is safe to fill in their credit card information, password, bank account information, or other personal data.

The term "spyware"'' is used for software that causes a PC to display unwanted advertisements and collect personal data.

Spyware, or some other unwanted software, is probably present in your computer if: pop-up windows appear on your monitor even though you are not connected to Internet, you notice a new toolbar in your browser that you did not install and is very difficult to get rid of, the web page that first appears when you open your Internet browser (homepage) has changed, your browser's search settings have changed, some tasks take longer than usual to perform, or the number of computer failures has suddenly increased.

Suggestions for protecting your personal data

Currently, there are several ways to protect your PC effectively against viruses and other infections. Here are at least some basic measures you can take:

- Use a firewall when connecting to the Internet. Firewalls are the prime form of PC protection against attacks because they disallow banned communications.

- Regularly update your software. Hackers search for errors and shortcomings in well-known software. If an error appears in a frequently used software and an updated version of it exists, install the updated version. The best option is to set your PC to update automatically.

- Use updated antivirus software. A great amount of viruses are spread through e-mail attachments. Virus designers take advantage of people's curiosity, which is why millions of people were infected after opening an e-mail attachment that allegedly contained a picture of tennis player Anna Kurnikova. What made matters even worse, though, was that the Kurnikova mail was designed not only infected the original users' PCs and networks, but to send itself to all the addresses in the user's contact list. You can prevent virus infection by installing antivirus software, updating it regularly, and not opening suspicious e-mails.

- Use passwords with a combination of small and capital letters and numbers. Hackers have automatic tools that make it very simple for them to figure out standard passwods. Think of your password as a key to your house. Don't put it somewhere obvious or say it to anyone.

- Surf the Internet carefully. Some web pages contain viruses. Firewalls or software for filtering web content can protect you.

- Use e-mail safely. E-mail and antivirus software should be updated regularly. Do not open suspicious attachments or reply to spam and never write your passwords, credit card information, or other personal information into e-mail replies.

- Back up and renew your data regularly. Back ups are the last line of defence. They do not protect a PC against infection from viruses, but do secure its data. In case you needed to re-install after being infected with a virus, a back up programme would keep your documents safe.

Dalibor Lukeš is a manager for security and platform strategies with Microsoft, Czech Republic and Slovakia