THE CAMERA system that the Bratislava Metropolitan Police installed in the Slovak capital in December 1999 has been a significant help in preventing crime, police say. 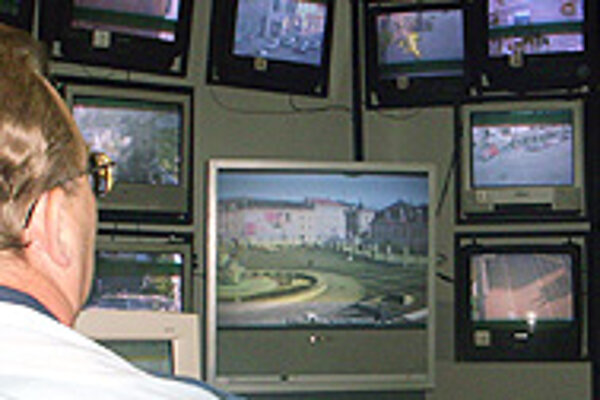 Font size:A-|A+  Comments disabled
THE CAMERA system that the Bratislava Metropolitan Police installed in the Slovak capital in December 1999 has been a significant help in preventing crime, police say.

"Our experience with the camera system shows that the cameras have had a positive effect. The fact that we do not have to patrol areas that are monitored by the cameras is a big help, as we can shift our people elsewhere," metro police spokesman Peter Pleva told The Slovak Spectator.

Pleva said that crime figures were down in monitored areas.

Marta Bujňáková, spokes-woman of the national police corps, added that everything that contributes to the prevention of theft and the identification of culprits is helpful.

The police welcome the installation of cameras not only on the city's squares, but also in its museums, hotel surroundings, parks, banks and elsewhere, Bujňáková said.

The first camera in Bratislava was installed in the heart of the historical city centre on Hlavné námestie. "That brings a nice story to mind. Some time after the camera was installed, a pickpocket who had long operated on the square complained to a police patrol that she couldn't work there any more," Pleva said.

The police gradually added cameras in other Bratislava districts, and now have 42 cameras stationed in four of five city districts. The Bratislava IV district - Dúbravka and Karlova Ves - is the only one without cameras so far because it is too large and monitoring it would be prohibitively expensive.

Until the summer of last year, the cameras were operated by metro police. Since the summer, however, part of the task of monitoring screens for suspicious behaviour has been performed by disabled people, with the police taking the night shift.

"The benefit is that policemen who previously had to monitor screens can now be sent to patrol the city directly," Pleva said.

Places in Bratislava that are monitored by cameras are marked with a yellow sticker, and are also listed on the metro police web page (www.msp.bratislava.sk). Camera recordings can only be used by the metro police for evidence and on criminal investigations.