SLOVAKS are appalled by Hostel, the new smash-hit Hollywood horror film that they believe gives them a bad name. Though the film does not open in Slovakia until February 23, the local media have already been spreading the word of its nightmarish portrayal of the country, leaving Slovaks repulsed. 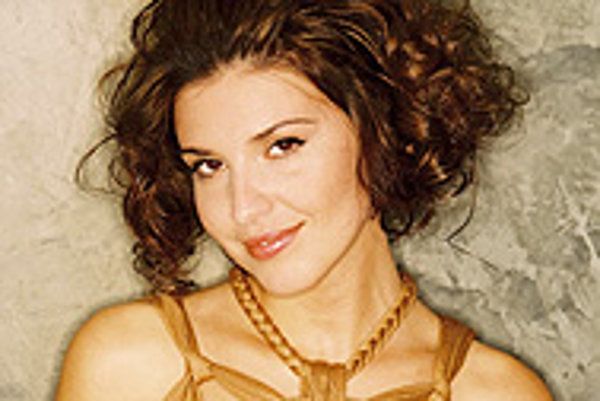 Font size:A-|A+0
SLOVAKS are appalled by Hostel, the new smash-hit Hollywood horror film that they believe gives them a bad name. Though the film does not open in Slovakia until February 23, the local media have already been spreading the word of its nightmarish portrayal of the country, leaving Slovaks repulsed.

"I am surprised that a movie review can be based purely on media speculation," Eva Cibulíková from Itafilm, which distributes the film, told The Slovak Spectator.

The low-budget film, which was directed by newcomer Eli Roth, tells the story of three western backpackers who are tortured to death by sadists during a trip to this Central European country. It shows Slovakia as a backward outland where people drive broken-down Lada cars, girls behave as prostitutes and gangs of children rampage the streets.

On its opening weekend in the United States early last month, it knocked The Chronicles of Narnia and King Kong out of the top places at the box office.

"There's great interest in the film," Cibulíková said as she explained the decision to distribute the film, "and we will see how many Slovaks come to see it."

But not everyone is excited. In an open letter addressed to the Dean of the Law Faculty at Trnava University, professor Ján Švidroň wrote that he was "outraged by the disgraceful film from the Hollywood production team of Eli Roth and Quentin Tarantino".

Alžbeta Melicharová from Slovakia's State Tourist Board also told the Reuters news agency that she was disappointed about scenes that have no relationship to reality, and challenged Roth to see Slovakia for himself. Roth promised to do so during a promotional trip ahead of the release and apologized to Slovaks for making them look like maniacs.

American Jonathan Knapp, a long-time movie reviewer with the Spectator, says the film is a hit in the US because young Americans like gory horror movies.

"[Horror films] are usually so boring these days, recycling the same ideas and remaking the same movies again and again, like Texas Chainsaw Massacre and House of Wax. Hostel was different. It went into relatively unknown territory, which happened to be Slovakia," he said.

As someone who lived in Slovakia, Knapp says that most Americans do not know much about it. "When I tell people I lived in Slovakia, they usually say, 'Why? How did you end up there?' They would not say this, for instance, about France, Germany, or cities like Prague and Budapest, places that Americans visit."

Roth told Reuters that he chose Slovakia because it was close to backpacking meccas Amsterdam and Prague, yet remains unknown to most western audiences.

"The unknown is what works best in horror," said Knapp, "particularly when it is something that people know a little bit about, but have no real understanding of."

The hysteria that has hit Slovak media however is getting almost no coverage in the US.

Professor Švidroň assumes this "degenerate product" will fade away in flood of movies coming out of the US, but warns of the impact it might have on Europe.

"It's a fact that even most citizens of the European Union know little about Slovakia. Now they will learn of it from the [US] box-office success Hostel. What kind of reputation will it be, especially for our youngest generations who want to integrate into Europe?" Švidroň asked.

He added that such an image might also make it difficult for scholars attending international meetings to be taken seriously.

Slovakia's Culture Minister František Tóth said that he would like to see the film before making any comment, but his office acknowledged the ministry has already registered three entries from people disturbed by the image the film gives of Slovakia.

Slovak moviegoers say that Hollywood production is too often based on little research or deeper understanding of history and cultural backgrounds and one can recognise it within minutes after the film starts. Teen comedies and horrors are especially guilty of exploiting cultural stereotypes. "If you don't like it, don't go to the cinema," they say.

Knapp adds that such movies do not cost much to produce, but can turn a decent profit. That is why the studios "love them".

Roth drew inspiration for Hostel's gory "fantasy world" from legends that circulate the Internet. He most probably did not intend to insult Slovaks in making his movie. Similarly, two years ago, Jeff Schaffer did not put much thought into his comedy Eurotrip, which painted Bratislava as a hellhole where hostile dogs reign and foreigners can buy pretty much anything for a dollar.

"If nothing else, though, perhaps it is a testament to the arrogance and self-importance of Hollywood and the US that the feelings of Slovaks were never really considered until after they started reacting negatively to it," Knapp said.