Ski Update: Warmer on the slopes, rainy in the streets

WINTER has had us firmly in its grip until now, but the cold continental air that supported it has recently been replaced by warmer, moister weather from the West. 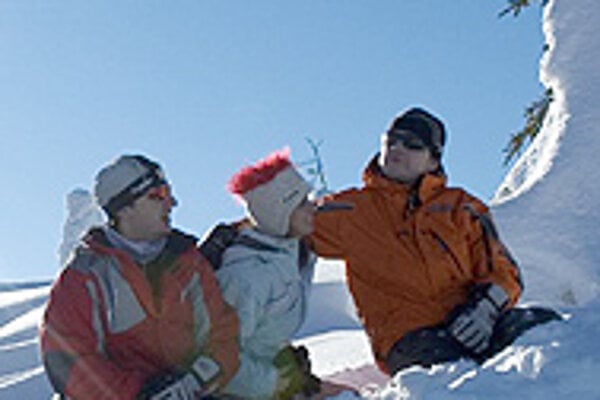 Font size:A-|A+  Comments disabled
WINTER has had us firmly in its grip until now, but the cold continental air that supported it has recently been replaced by warmer, moister weather from the West.

It's too early to say if winter is nearly over, even at a time when the lowlands are receiving rain instead of snow. Winter sports enthusiasts can expect a thaw in the mountains, but snow remaining from 1,000 metres up.

Temperatures will also rise. At night it will be slightly below zero, while in the daytime it will climb, accompanied by occasional rain, to 2 - 6 degrees Celsius. The end of the third week in February might bring sun, which will cause night temperatures to drop to -10 degrees. Daily figures will remain slightly above zero. In the mountains, expect a temperature inversion, with levels climbing above 5 degrees.

Ski centres continue to hold sports events. The Women's European Cup in downhill skiing takes place on Thursday and Friday, February 23 and 24, at Vrátna, near Žilina. Saturday in the Donovaly Snow Park is reserved for a great event - skiers and snowboarders will perform acrobatic stunts on a big jump while various local bands will entertain with music. The day will culminate with an evening jumping exhibition closing at 22:00 in the Záhradište area.

So smile - apart from scientific evidence that it prolongs life, it can help you win a prize in a photo competition for the most beautiful smile in the "zone of smiles" at Jasná under Chopok on February 22. And if the prospect of a prize is not enough, the news that two new cableways have started operating at Valčianska Dolina and Oravice Meander Park will certainly bring a grin to your face.