SLOVAKIA has become a member of another international club - the rapidly growing global list of countries where the avian flu virus has been discovered. Agriculture Minis-ter Zsolt Simon confirmed on February 23 that H5N1 avian flu had been found in two samples taken from dead birds in the country. 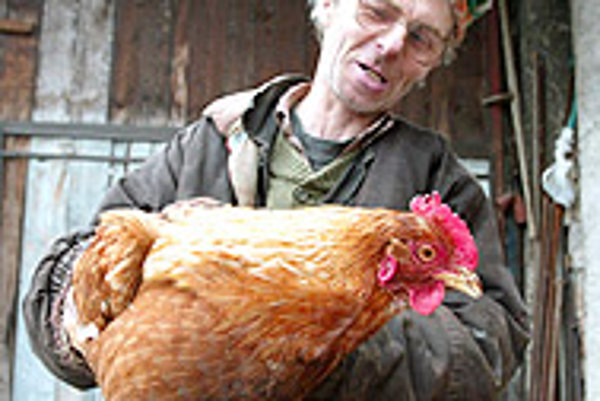 Font size:A-|A+  Comments disabled
SLOVAKIA has become a member of another international club - the rapidly growing global list of countries where the avian flu virus has been discovered. Agriculture Minis-ter Zsolt Simon confirmed on February 23 that H5N1 avian flu had been found in two samples taken from dead birds in the country.

The State Veterinary Administration laboratory had confirmed previous suspicions that arose following earlier testing of samples from the birds.

The Slovak authorities sent the samples to London and notified the European Commission of their suspicions. The EU referral laboratory for bird flu in Weybridge (Great Britain) on February 24 confirmed the test results of the State Veterinary Institute laboratories in Zvolen.

The two samples came from a duck found dead in Bratislava's Vlčie Hrdlo, near the Slovnaft oil refinery, and a dead falcon found near Gabčikovo village in southern Slovakia.

The Slovak Health Ministry said that Slovakia is prepared to face the threat.

"All the necessary units that have been assigned special tasks are ready and are communicating with each other. Each regional administration has its own public health office, regional hospital and emergency staff including veterinary units," Eva Slováková of the Health Ministry's press department told The Slovak Spectator.

"People can always be vaccinated against human flu. Slovakia now has 100,000 vaccines," she added.

Slovakia's southern neighbour, Hungary, confirmed the presence of bird flu on its territory on February 21, while EU members France, Slovenia, Germany Austria, Italy, Greece and Cyprus are also on the avian flu list.

International health authorities have confirmed 170 cases of bird flu transmission to humans since 2003, resulting in 92 deaths.

However, the unprecedented spread of bird flu to 14 more countries in the past month is giving the virus many more chances to mutate into a global outbreak.

The Slovak Pandemic Commission met on February 22 in a special session. Health Minister Rudolf Zajac, a member of the commission, said that in terms of the worldwide spread of bird flu, nothing particularly serious is happening in Slovakia that would call for special attention.

"The Slovak Pandemic Commission has stated that the H5N1 virus is spreading throughout the world. There is no continent that does not have infected birds," Zajac said.

"The epidemiological situation in Slovakia is fine. The possibility of a bird flu mutation that could cross over to the human population is relatively low," he added.

According to the health minister, Slovakia is able to identify the presence of the deadly virus in humans within six hours after receiving the sample.

"In case of a flu outbreak, Slovakia has about eight million masks, stocks of vaccinations and respirators," Slováková said.

He said that in Europe so far, avian flu has not been transmitted from birds to people, as it has in east Asia.

Slovak authorities said that only five percent of the territory of Slovakia is at an increased risk for the occurrence of bird flu. The areas include the Podunajská nížina (the Danube River lowlands), Východoslovenská nížina (the East-Slovak lowlands) and the flood plains of the Danube and Váh rivers.

The Agriculture Ministry has taken protective measures, including establishing a three-kilometre protective zone around where the dead birds were discovered, and a ten-kilometre observation zone.

The ministry also banned the transport of poultry, bird exhibitions and bird hunting. No poultry breeding farms are located in the affected areas. Veterinarians will monitor poultry in the area and keep an eye peeled for sick birds.

All birds housed on Slovak farms are contained, either in aviaries or inside farm buildings, said Simon after inspecting a goose operation in Tešedíkovo.

Earlier in February, the ministry said that none of Slovakia's 290 poultry farms were endangered by bird flu through contact with wild or free-roaming birds. The ministry has been calling on poultry breeders to keep birds indoors and isolated from wild birds since October.

If any bird farms have to destroy their flocks due to bird flu, the state will cover all related expenses on the condition that all emergency measures are observed.

The minister said the situation should be taken seriously, but that there was no reason for panic. He explained that the public should not fear eating poultry, as cooking the meat destroys the virus.

The National Veterinary and Food Administration called on people to avoid contact with dead birds, and published a toll-free number, 0800 127 127, where people can report dead birds 24 hours a day.