WHEN the Economy Ministry released an unprecedented report in mid-February on the Slovak arms trade, it could scarcely have imagined it might be adding fuel to criticism of its handling of the country's "special goods" exports. 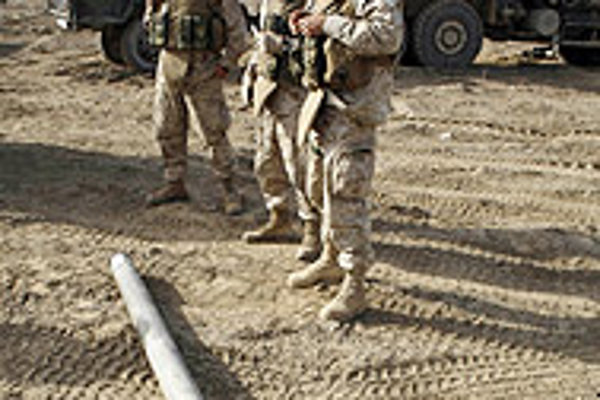 Font size:A-|A+  Comments disabled
WHEN the Economy Ministry released an unprecedented report in mid-February on the Slovak arms trade, it could scarcely have imagined it might be adding fuel to criticism of its handling of the country's "special goods" exports.

"The presentation of available figures, and the clarification of the issue of permits for trading in military goods, will help to bridge the information gap that has been pointed out largely by non-state actors assessing transparency in the decision-making process," wrote Economy Minister Jirko Malchárek in the introduction to the report.

But among the data presented in the document were several pieces of information that cast further doubt on the ministry's supervision of arms exports.

Among the companies the ministry issued with an arms trading permit in 2004 was Verus, currently of Snina in eastern Slovakia. The owner of the firm, Ašot M, has been in pre-trial custody since late 2004 on allegations he defrauded the state of over Sk600 million (€15.8 million) in VAT as part of an organized group.

Last year, the same man was also accused by police of having ordered the murder of businessman František Galanda of Snina in 2002.

While Malchárek writes in his introduction that "the report contains a list of companies that the Economy Ministry, on the basis of approvals from the Interior Ministry, the Defence Ministry, the Foreign Ministry and the National Security Bureau, issued with a permit to trade in military material in that calendar year [2004]," a senior police source contacted by The Slovak Spectator said the police had actually issued a negative standpoint on the Verus application.

Police presidium spokesman Martin Korch later confirmed that the Interior Ministry had issued a negative verdict in April 2004, and said an investigation was underway to discover why Verus had still been given the permit.

An arms trading permit is the basic bureaucratic requirement to be allowed to trade in weapons within Slovakia, or to apply for an Economy Ministry license to import or export military goods.

František Babuška, the head of the Economy Ministry's Section for the Supervision of Trade in Sensitive Materials, said that the law required all of the ministries involved to respond to a permit application within 30 days, and that "if they do not deliver a statement within the set period, or if they do not give a justification for a negative position, it is taken as an approval for the issue of a permit."

Babuška did not say for which reason the ministry had interpreted the allegedly negative Interior Ministry position as positive.

According to reports in the Slovak media, Ašot M comes from Azerbajzan and has been in Slovakia since the mid-1990s. He first received an arms trading permit in 2001, but according to his lawyer, Vladimír Mitro, no longer holds a permit.

When contacted by The Slovak Spectator, Mitro, the former head (1993-95, 1998-2003) of the Slovak Intelligence Service, the SIS, said he was representing Ašot M. on both the VAT and murder cases.

Asked why he had decided to represent a client with a background in arms trading, given the claims under his watch by the British magazine Jane's Intelligence Digest that the SIS was involved in illegal arms trading, Mitro said the two matters were unrelated.

"Arms trading has nothing to do with the crimes he [Ašot M] was accused of committing," he said.

The Economy Ministry report explains the state supervision mechanism for imports and exports, and lists the principles of Slovak arms trade policy and the international commitments to which the country is a signatory.

However, the report also showed that the ministry had issued a license for an Sk85 million (€2.24 million) arms export to China, which is under an EU arms embargo, although there is no indication whether the deal actually took place.

"This seems to us to be the most controversial planned export in 2004," said Ingrid Kráľová of Amnesty International Slovakia.

The Economy Ministry responded that the EU embargo was not on all military goods, and that the Slovak deal did not violate any agreements.

The report was just as interesting for what it didn't say as for the details it gave.

Nowhere is it specified what goods were traded, meaning that for the reader, the four licenses issued for exports to Burkina Faso could have been for anything from fighter jets to military training manuals.

Nor is a full account given of trade in each category. According to the ministry chart, the largest amount of export licenses issued, 56, were for "other" countries.

While the ministry's accounts contain no record of the deal, the United Nations international arms trade register shows that in 2004 Slovakia sent 1,000 122mm rockets to Uganda.

This omission was also criticized by Amnesty International, which said the Uganda deal could have destabilized the Great Lakes region in Africa.

"Amnesty regards the Uganda sale as unacceptable from the human rights perspective, because Uganda has consistently in the past abused arms imports to support the bloody conflict in the Democratic Republic of Congo," said Kráľová.

According to another non-proliferation NGO, the Uganda deal seemed to have been in conflict with European norms.

"Given the current international concerns over human rights in Uganda, it is difficult to see how such a transfer would be consistent with the criteria of the EU Code of Conduct on Arms Exports," said Sonia Rai, advocacy and policy officer for Saferworld in London, in a statement for The Slovak Spectator.

While the ministry's report for 2004 was a gesture of goodwill and transparency, its next report for 2005 will already be required by Slovak legislation.