Some freedom for EU service providers better than none at all

IT MAY take longer to erase the lines of division between the older European Union members and the newcomers than Slovakia anticipated in May 2004 when it joined the EU. 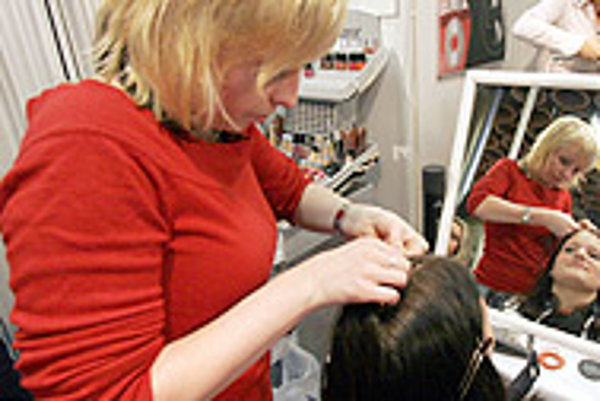 Font size:A-|A+  Comments disabled
IT MAY take longer to erase the lines of division between the older European Union members and the newcomers than Slovakia anticipated in May 2004 when it joined the EU.

The European Parliament in mid-February approved a directive on the liberalization of services in the EU in the first reading. If passed, the measure will open the EU market to a wide range of Slovak service providers, from hairdressers and tailors to bakers and masons.

However, the current version of the directive does not contain the country-of-origin principle, as originally proposed, which would have allowed workers to operate in other EU countries under the legislation of their home countries. If the principle had been retained, it would have reduced red tape and made it far easier for new EU nationals to provide competitive services in older EU countries.

With services accounting for 70 percent of Europe's GDP, the directive could have a major impact on the EU's overall economic health.

The original version was known as the Bolkenstein directive, and was named after Frits Bolkenstein, the EU's former internal markets commissioner. It evoked fiery reactions from the original EU members, which feared the entry of low-cost foreign competition to their lucrative national services markets.

The climb-down disappointed Slovak entrepreneurs, who said that the EU has so far gone only half way towards liberalizing services, just as only 3 of the original 15 EU members have opened their labour markets to new EU states.

"The core of the directive, the country-of-origin principle, has been dropped, seriously weakening the measure. While it formally declares that doing business in the EU will be freer and liberalized, by leaving out the principle the EU keeps its restrictions," Robert Kičina, executive director of the Business Alliance of Slovakia, told The Slovak Spectator.

While Kičina does not think that Slovak service providers will be seriously inconvenienced by having to operate under the laws of the country where they provide their services, he called the compromise a missed opportunity, and said that "the directive does not substantially improve [conditions for] doing business in the EU.

"For Slovak entrepreneurs it would have been a great help to have the option of running their businesses according to Slovak legislation everywhere in the EU," Kičina said.

According to the directive in its current form - and it may yet be modified as it moves to third reading - service providers must respect the labour, health, and safety, and environmental standards of the host country, not their country of origin.

Still, business associations generally agree that it is better to have the service market opened half way than not having it opened at all.

Speaking on behalf of all new EU members last March, Slovakia warned that slowing or preventing liberalization would amount to "protectionism". Slovak officials have said repeatedly that the fears of certain EU-member countries were unjustified.

Labour leader Ivan Saktor, president of the Slovak Trade Unions Confederation, said that the adoption of the directive was good news. He called the latest version of the directive "acceptable", and dismissed the original Bolkenstein measure as far too liberal.

"The original text was very liberal and vaguely worded, and did not permit national control over the expansion of competitive services," Saktor told the SITA news wire.

Saktor said the previous EU proposal might have led to "social dumping" - the export of harmful practices to other EU countries.

"Can you imagine a Slovak entrepreneur employing a group of Slovak employees in Germany for Slovak wages? Things like this would have happened if the original directive had come into force. There was no reason for it to be so liberal," he said.

The European Trade Unions Confederation, which organized a massive protest against the original Bolkenstein version, also considered the limitations a victory.

Under the compromise, host countries will be able to limit and regulate the operation of foreign service providers in the interest of public policy, public safety or environmental protection.