AFTER a short break, Lady Winter will return in full strength. Expect an extremely cold week, the kind of chill that reminds you of January. 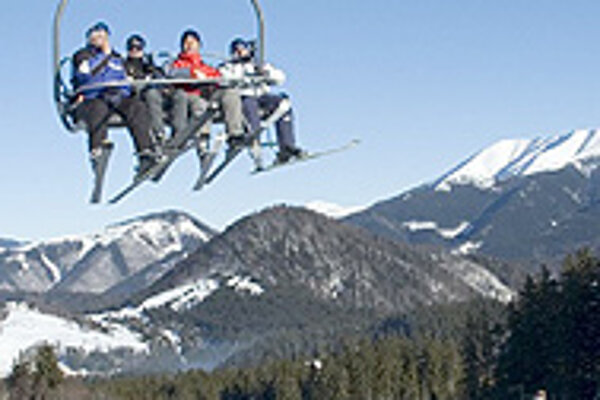 Font size:A-|A+  Comments disabled
AFTER a short break, Lady Winter will return in full strength. Expect an extremely cold week, the kind of chill that reminds you of January.

The cold air will arrive to Slovakia from the north. The frost will be especially strong in the mountains, where at 1,500 metres and higher the daily temperature should not climb above -10 degrees Celsius during the first half of the week. Snow will be added to the forecast, bringing some 10 to 15 centimetres of fresh snow throughout the week.

On the weekend, the freezing temperatures will ease a bit but still keep under zero. This is great news for skiers.

Another piece of good news is that the Vrátna dolina ski centre has opened a new 8-person cableway that takes you up to the Malá Fatra ridge, which is some 1,500 metres high. Mainly advanced skiers will be able to enjoy the novelty of this location, which offers one of the best slopes in Slovakia.

Over the weekend, March 4 and 5, Vrátna will host the Slovak championships in snowboard-cross racing, the same discipline in which Radoslav Židek won Slovakia's first-ever medal at the Turin Winter Olympics.

Extreme skiers from various countries will meet under the Chopok, the Low Tatras' second highest peak, to compete in the Jasná Adrenaline show between March 3 and 5. Skiing conditions will remain very good in all ski localities, as the adjacent table says. However, children are on spring holidays, so you might sometimes find just too many people on the slopes.