THE CENTRAL bank surprised the market and financial analysts by taking stronger action than expected to contain inflation on the last day of February, raising interest rates by 50 basis points. 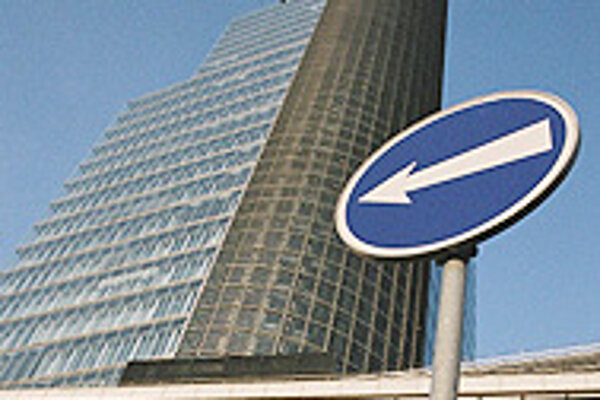 The board of the National Bank of Slovakia (NBS) decided with a majority of 7 out of 10 votes to make money more expensive in Slovakia. Analysts had expected an increase of 25 basis points.

NBS Governor Ivan Šramko said the move aimed to help Slovakia reach its inflation targets, since the latest figures on inflation, balance of trade, and GDP growth had differed from the NBS' most recent mid-term forecast, and increased the risk of greater inflation.

Slovakia's consumer prices for January 2006 rose by 2.1 percent month-on-month and 4.1 percent year-on-year, according to the Statistics Bureau. The country's GDP grew by a massive 7.5 percent in the last quarter of 2005 from the year before.

"The NBS board concluded that inflation was higher than expected in the NBS's short-term forecasts. Inflation was affected in particular by higher prices for industrial goods, which reflected the growth in regulated prices. In this case it was a cost factor, which is beyond the impact of monetary policy.

"Despite this, the NBS bank board believes that developments in regulated prices can have a negative impact on inflationary expectations in the economy," Barát told The Slovak Spectator.

Analysts confessed to having been caught off guard by the aggressive move.

"The Slovak central bank opted for a pre-emptive hike of 50 basis points compared to the 25 basis points that we and the market as a whole had expected. Recently, voices from the bank had suggested a preference for a gradual but steady tightening [of monetary policy], which is why we expected at least two hikes of 25 basis points each.

According to Ľudová banka analyst Mário Blaščák, in setting its rates the NBS had taken into consideration the plans of the European Central Bank to raise its refinancing rate by 0.25 percentage points on February 28. Had the NBS set its rates at the same level, the impact on the Slovak crown would have been nil, the analyst said.

Mária Valachyová of the VÚB bank said the sharper hike could have been due to January inflation, which was not only higher than the market and the NBS expected, but was also expected to increase underlying core inflation, indicating a threat of an increase in demand-driven inflation pressures in the economy.

"The central bank also accounted for the higher-than-expected 4Q GDP growth and the increase in the trade deficit in December - both figures pointed at a faster-than-expected closing of the output gap and represented potential inflation risks," Valachyová told The Slovak Spectator.

"We expect headline inflation to stay above 4 percent till the third quarter of 2006, and only in the final quarter to decelerate to 3 percent, as the final quarter will have more favourable base of comparison, given that in 4Q 2005 inflation was higher due to the increase in regulated prices," she added.

Meanwhile, responding to the rates hike, the Slovak crown broke the psychological barrier of 37 crowns to the euro on March 1, setting a new strength record for the Slovak currency at 36.94 SKK/EUR.

However, financial analysts suggested that the crown had all but exhausted its potential to strengthen further.

According to the analysts, the crown could only appreciate if the currency of Slovakia's neighbours, Poland or Hungary, gained strength as well.

Unlike the NBS, Poland's central bank has recently lowered interest rates, resulting in a slight drop in the Polish currency.

Last year, the Slovak central bank adjusted interest rates only once, lowering them at the end of February due to the rapid firming of the Slovak crown.

Since then the exchange rate has been influenced principally by the situation in Central Europe, and especially by the volatile Polish zloty, the TASR news wire wrote.

At the end of March 2005, when the crown eased to 40SKK/EUR, the NBS had to defend the Slovak currency through direct sales of its euro reserves.

However, after entering the European Exchange-Rate Mechanism (ERM-2) late last year, the Slovak crown has been less affected by movements in the currencies of neighbouring countries.

According to analysts, the NBS decision will have an immediate economic impact.

"Exporters will feel it in lower sales," Tibor Gregor, head of the Klub 500 group of major corporations, told the SME daily.