THE SLOVAK Medical Chamber (SLK), representing 95 percent of Slovak doctors, has called on its members not to sign new contracts with the biggest health insurer in Slovakia, Všeobecná zdravotná poisťovňa (VšZP). 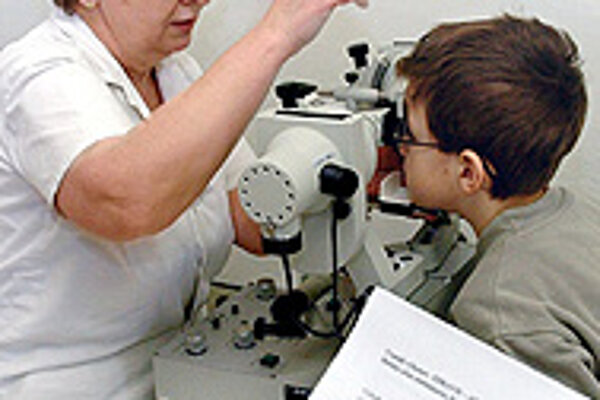 As a result, patients who are insured with VšZP may have to pay cash for visits to the doctor and medical examinations, if not in need of essential treatment.

According to media reports, some doctors have already begun displaying price lists in their offices so patients can see how much individual treatments cost.

Although the Health Ministry has condemned this behaviour as illegal, many patients fear they will end up having to pay for care that Slovak law says they must receive free of charge. The potential cash payments would affect a huge number of Slovaks as more than 70 percent of people are insured with VšZP.

The dispute is over money, with the SLK insisting that the new contracts doctors were supposed to have signed with the insurer by March 1 do not cover their actual expenditures for providing treatment to insured patients. The Chamber has demanded that VšZP increase the rates in its payment schedule.

"The proposed rates do not reflect actual expenditures [related to the provision of health care services]," said SLK General Secretary Eduard Kováč for The Slovak Spectator.

"In the longer term it is impossible to work on such a basis when even our costs are not covered, let alone any profits," Kováč said.

He said that payments for health care providers have long been too low, and that doctors could no longer work like this.

"These are legitimate steps we have taken. It is also not true that we are endangering the lives and health of our patients. Essential care will be provided," Kováč said.

The VšZP argues that it has already increased its budget for health care providers for the current contract year starting in March 2006 by Sk3.5 billion (€94.3 million).

"The demands presented by the SLK would cost an additional Sk9 billion (€242.6 million). We simply don't have this much money, and it would not be good if we agreed to the higher payments knowing that we would not be able to cover them," VšZP Petra Kafúnová told The Slovak Spectator.

She said that talks between health care providers and VšZP on the new contracts had been ongoing since last year, and that the SLK had initially agreed with the proposals.

She added that three of the country's four professional groups of health care providers - the Slovak Union of Medical Specialists, the Association of Private Doctors, and the Slovak Hospitals Association - had agreed with the contracts.

"We are really giving the providers everything we have," Kafúnová said.

Health Minister Rudolf Zajac has threatened to strip the licenses of doctors who refuse to provide free services to insured patients.

"Anyone who demands cash from patients risks losing their [medical] license," the minister said at a press briefing on March 1.

The ministry has called on patients to send any receipts for money they are required to pay to the ministry, which will deal with the cases through the health care supervision authority.

The SLK's Kováč said the ministry had no authority to take doctors' licenses, and that it was "terrible we have reached this situation". In Slovakia the SLK issues the licenses for the doctors.

He said it was "legitimate for everyone to be allowed to refuse the proposed contracts" and blamed the situation on the fact that the health care sector is under-funded, as well as on the fact that no legal authority exists in Slovakia to step in and resolve such issues.

While the SLK continues to reject the contracts, medical specialists in the other three professional associations who signed the contracts accused the SLK of politicizing the issue.

"These contracts are good, and whoever says the opposite is lying," said Andrej Janco, head of the Union of Medical Specialists.

The SLK was even suspected of joining forces with the Smer opposition party, a constant critic of the ruling coalition and its reforms, especially that of the health care sector.

"That's absolutely sick. We have no links to political parties," he said.

Kafúnová of VšZP said it was unclear how many doctors the SLK actually represented, and how many intended to start charging patients.

It was also suspected that some patients insured with VšZP might change insurers to avoid having to pay for medical examinations.

Kafúnová said the company hoped this would not happen.

She said that VšZP had an extensive network of health care providers throughout Slovakia, and if any patients had problems with their current doctors, VšZP could recommend other doctors who had signed the contracts in any given area.

"However, we hope this will not be necessary, and that in the end doctors will sign the proposed contracts," she said.