TURANDOT signalled the end of Giacomo Puccini's (1858-1924) life and the era of Italian classical opera. His "swan song" finally returns to the Slovak National Theatre after 40 years. 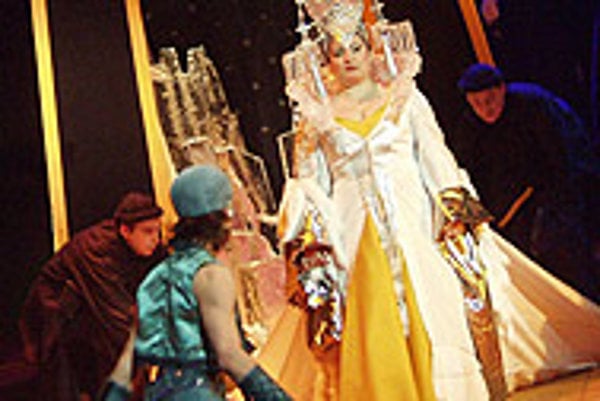 Full of vocal beauty, Turandot is a demanding work requiring a strong, professional ensemble. To meet the challenge, the SND's production, which will be under the baton of conductor Ondrej Lenárd and the leadership of director Jozef Bednárik, has called on a prominent international team.

Czech soprano Eva Urbanová, Romanian Sorina Munteanu, and Slovak Ľubica Rybárska will alternate the role of the cruel princess Turandot, who executes any suitor who answers her three riddles incorrectly.

Each of the casts will be unique in some way. This is especially true for the role of Calaf, the brave prince who is not afraid to sacrifice himself. He will be performed by Columbian tenor Ernesto Grisales, Japanese tenor Satoshi Mizuguchi and Italian tenor Mario Malagnini. Later, Russian soloist Sergej Larin and Slovak singer Michal Lehotský will also join.

Many of the soloists have had the opera in their repertoire for some time. In 2001, Urbanová and Grisales performed a concert version of Turandot together in Bratislava.

The SND's version commemorates the 80th anniversary of Turandot's world premiere. It is the forth time the opera has been performed at the national theatre.

Conductor Lenárd and stage director Bednárik are names that guarantee professionalism and entertainment. After his "gluttonous" productions of Donizetti's La Fille du Regiment and Rossini's La Cenerentola, Bednárik promises something "slim" this time; "something that's more Puccini than Bednárik".

"I want to bid farewell with old opera," said Bednárik who plans to retire next year and pass his unconventional know-how down to future generations.

This production will also feature the finale for the opera added by Puccini's contemporary, Franco Alfano's, after the composer's death.

According to the SND's general director Marián Chudovský, the performances are the result of a long-term effort to harmonize the performers' busy calendars. "We hope this international production will remain in our repertoire for many years."

NOTE: Turandot's premiere took place on March 3 and 4. The Spectator will publish a review of the opera next week. Visit www.snd.sk for a list of future performances.