A wander through nature

OVER a thousand exhibits, including native animals and giant fossilized plants with bizarre fruits and seeds, await visitors during an enlightening walk through the nature that lies under the roof of the Slovak National Museum. 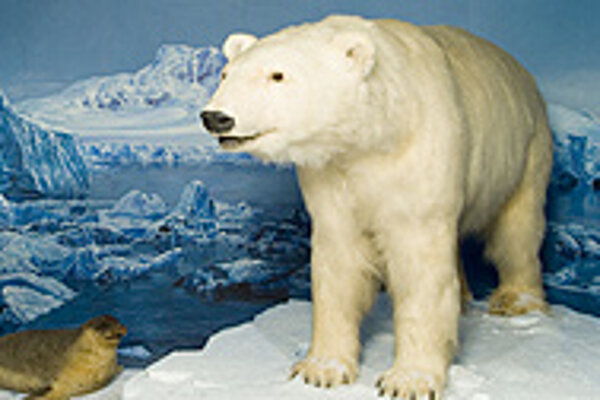 Font size:A-|A+  Comments disabled
OVER a thousand exhibits, including native animals and giant fossilized plants with bizarre fruits and seeds, await visitors during an enlightening walk through the nature that lies under the roof of the Slovak National Museum.

Entitled The Wonder of Nature: Biodiversity of the Earth, the museum's newly opened permanent exposition highlights nature's "diversity and richness, as well as [its] frailty and vulnerability".

The exhibits, which include some exotic pieces, are the product of the museum's long-term acquisitions and years of research. Museum staff cooperated with artists and designers to create an individual approach for each section, which added even more aspects to the exhibition's diversity.

Despite having a relatively small space for the exhibit, just 360 square metres, curators have effectively divided its three parts into three separate rooms. The first room helps to explain the word "biodiversity" through a large oak that provides home to many living organisms and a "hill" that points to different elevations and various climates found on earth.

The second room, entitled From the Equator to the Poles, sets native animals and actual cut-outs from the locations against original paintings by academic painter Pavol Choma, which evoke images of the world's famous biotic communities, such as the northern tundra, coral cliff, African savannah and the Gobi Desert in China.

Visitors can also examine the differences between mammal skulls, including a human's, and compare past plants with those of today.

The third room, called the Discovery Room, will open to the public by the end of the month. It will serve to educate children and youths who want to take a closer look into the world of nature by, for example, looking through a microscope.

Though the fauna and flora exhibited in the museum are missing the "vivacity" people expect to see from nature, the exhibition does show visitors the depth of diversity you can find out there.