WHILE the Slovak government and its agents committed no arbitrary or unlawful killings in 2005, and there were no reports of politically motivated disappear-ances, a report on human rights released by the US State Department on March 8 still gave the country much fodder for thought. 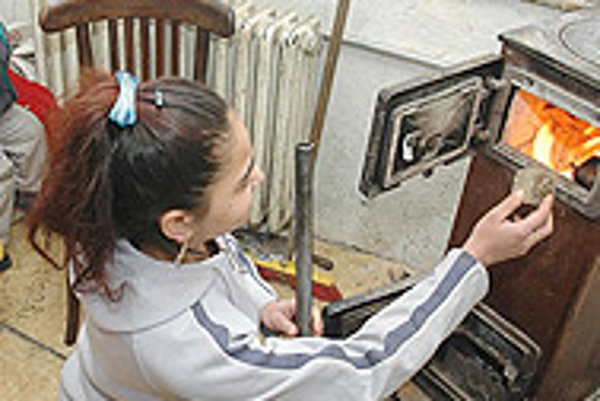 Font size:A-|A+  Comments disabled
WHILE the Slovak government and its agents committed no arbitrary or unlawful killings in 2005, and there were no reports of politically motivated disappear-ances, a report on human rights released by the US State Department on March 8 still gave the country much fodder for thought.

Corruption in Slovakia's courts, health care system and lower elected governments, discrimination against the Roma, violence against women and children, and human trafficking remain problems that Slovakia must address, according to the Human Rights Practices report.

"Human rights observers charged that police investigators were occasionally reluctant to take the testimony of witnesses, particularly Roma, women, and the homeless. They also contended that, on occasion, police failed to promptly and thoroughly investigate cases involving Roma. Instances of police corruption and misconduct were reported, primarily in the form of extorting bribes during traffic stops," the report claimed.

However, the report also noted many areas of improvement on corruption and discrimination, issues on which Slovakia has repeatedly been taken to task over the years.

Mechanisms were available to investigate police abuses, and police officers continue to receive training in human rights and communications from local NGOs, the US report said.

Unlike in previous years, there were no reports of arbitrary arrest or detention without cause in the Roma community.

The report also noted that no action had been taken against the six police officers accused by NGOs of using excessive force against Roma during unrest in the eastern Slovak town of Trebišov in February 2004.

"The trial of three men from Záhorská Ves [west of Bratislava] arrested for allegedly breaking into and setting fire to Roma residences on three occasions in 2004 was ongoing at year's end. Two of the men were also charged with assault. The government punitively revoked the license of the private security firm that employed several of the alleged attackers," the report said.

While Slovak state officials admit that the situation of the Roma community is not ideal, they say that victims of discrimination now have remedies at hand.

"We have an anti-discrimination law that bans any form of discrimination and offers victims ways to defend themselves. They can turn to the National Human Rights Centre, address the ombudsman or to turn to the courts," Martin Urmanič, spokesman for Deputy PM for Human Rights Pál Csáky, told The Slovak Spectator.

"We all know that the situation of the Roma community in Slovakia is not as ideal as the government would like. However, the state is pouring hundreds of millions of Slovak crowns into solving the problems of the Roma community, including social affairs, housing and infrastructure. It is a problem that cannot be solved from one day to the next," Urmanič said.

The document also highlights domestic violence and violence against women, complaining of a lack of information on the topic, while victims of violence fear a social backlash. According to the report, statistics do not tell the whole story.

"We have a national action plan for human rights, which includes domestic violence and violence against women and children. However, again, we can only take action based on official complaints either to the police or to the human rights section at the Cabinet Office," Urmanič said.

While last year's report singled out Pavol Rusko, the chairman of the ruling New Citizen's Alliance party, for influencing the editorial policies of Slovakia's most-watched station, TV Markíza, "despite having divested his ownership interest," this year the report concluded that the Slovak media faced no restrictions in expressing wide variety of views.

However, the report did note that the constitutional court continued to examine the law on the state-run TASR news agency, "which was allegedly subject to political influence and non-competitive practices".

In terms of the justice system, the US State Department criticized pre-trial detention periods, which may last up to six months but are frequently extended by judicial order to three years or more.

In July 2005, the Slovak parliament passed an Act on Criminal Court Procedures mandating that total detention time (pre-trial plus trial) not exceed 12 months in the case of minor offences, 24 months for regular crimes, 36 months for severe crimes, and 4 years for crimes in which the expected sentence is more than 25 years, and that pre-trial detention not account for more than one-half of that total. The law took effect in January 2006.

The worldwide Human Rights Report is mandated by the US Congress. The report for 2005 examined human rights in 196 countries, including civil and political rights, such as freedom of speech, religion and the press, the freedom to choose one's own government, and worker's rights.