THE NATIONAL Bank of Slovakia (NBS), which has been busy watching over the country's entry into the Eurozone, will soon receive a new vice governor for monetary policy, as Elena Kohútiková is about to wrap up her six-year term in office. 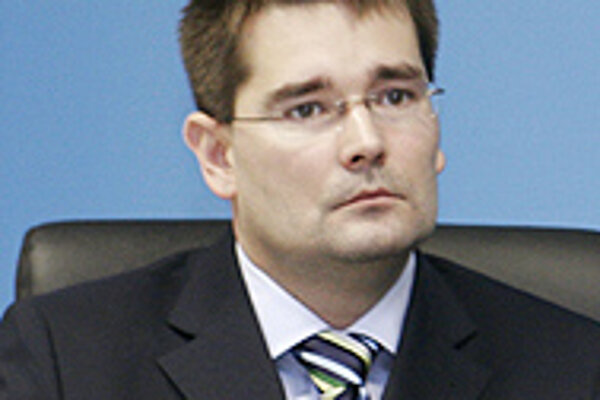 Font size:A-|A+  Comments disabled
THE NATIONAL Bank of Slovakia (NBS), which has been busy watching over the country's entry into the Eurozone, will soon receive a new vice governor for monetary policy, as Elena Kohútiková is about to wrap up her six-year term in office.

Finance Minister Ivan Mikloš has tapped his state secretary Vladimír Tvaroška, a former journalist who has focused on public finances, macroeconomic issues, and international relations since October 2002, for the post.

The cabinet approved Tvaroška's nomination on March 8. It now moves on to parliament. Tvaroška must then be officially appointed to the post by the president. If approved, Tvaroška would serve together with Martin Barto, who was appointed vice-governor of the NBS for bank supervision starting January 31, 2005.

Kohútiková served two terms as vice governor and is barred by term limits from serving a third. NBS spokesman Igor Barát confirmed Kohútiková's current term ends on March 27, and gave March 28 as the earliest possible day the new vice governor could take office. No legislation specifies a time frame for filling the post.

The NBS Board of Directors comprises eight board members and two vice governors.

According to the Finance Ministry, Tvaroška, who graduated from the University of Economics in Bratislava, played a key role in Slovakia's entry into the ERM2.

When summing up his accomplishments, Ján Tóth of ING Bank said that Tvaroška had reduced staff at the Finance Ministry by 30 percent and was a key advocate of modernizing fiscal policy management.

"Tvaroška helped to build the research capacity at the ministry by appointing Mr. [Ľudovít] Ódor [now a member of the CB banking board]. Since the governor, [Ivan] Šramko, is closer to banking supervision issues, Tvaroška [if approved by parliament] is expected to become one of the key decision-makers on interest rate policy," Tóth told The Slovak Spectator.

Tóth also said that Tvaroška's role would include restructuring the bank with an external audit to take place this year, improving the research capacity it uses in monitoring the economy, and above all, implementing structural reforms.

While the ruling coalition says that the Christian Democrats and the Hungarian Coalition Party are open to the nomination, which means it has a decent chance of being approved in parliament, the opposition parties are rather reserved, if not hostile, to the idea of seeing a close ally of Mikloš fill the post.

Silvia Glendová, the spokeswoman for Smer, told the SME daily that "Mr Tvaroška has spent his short 34-year life either working as a journalist, completing his civil service, or serving Ivan Mikloš."