BRATISLAVA may not have the most expensive office real estate in the world, or even in the region, but if rates keep growing like they did last year, the city may soon move up the charts. 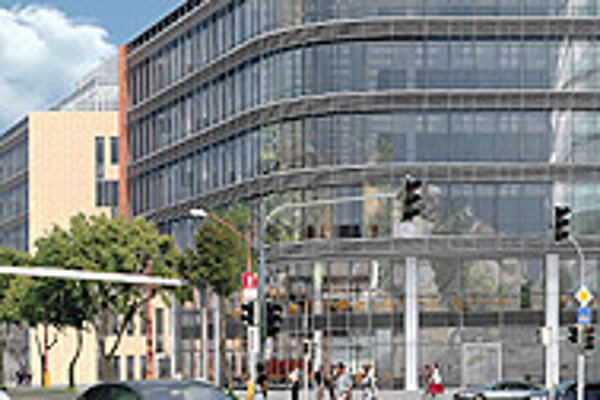 Font size:A-|A+  Comments disabled
BRATISLAVA may not have the most expensive office real estate in the world, or even in the region, but if rates keep growing like they did last year, the city may soon move up the charts.

According to an annual study by the Cushman&Wakefield/Healey& Baker real estate group, rental rates on office space in the Slovak capital in 2005 ranked among the 10 fastest growing locations in the world.

The report, named Office Space Across the World, said that the top rental rates for Bratislava offices grew by 25 percent (in terms of local currency) from the year before to reach €240 per square metre per year, including service charges.

"Three European cities - Barcelona, Bratislava and Seville - moved into the top 10 locations with the fastest growing rent last year. In Bratislava, rents rose from €199 per square metre per year in 2004 to €240 last year," said Karel Zeman, head of research at C&W/H&B.

"This proves that the Slovak real estate market is expanding. A mere two years ago, Bratislava wasn't ranked at all."

While prices are clearly growing quickly, they still have a way to go before Bratislava becomes an expensive place to work. The city placed 40th on the list of the world's most expensive office space, behind such regional neighbours as Budapest (31st), Warsaw (33rd) and Prague (37th).

Still, the numbers do reflect a sea-change in the Bratislava office space market, where 80,000-100,000 square metres of space is to be added to the market annually for the next five years in the form of massive mixed use projects such as the CBC centre on Karadžičova Street, Eurovea in the docklands, and Digital Park in the Petržalka suburb.

Maroš Sýkora, the spokesman of Slovak capital group J&T, which is also developing office space in Bratislava, said the rise in rents in Bratislava could be due to the abundance of high quality office premises being built, and the interest of tenants to move out of less luxurious premises.

But Vladimír Botko of HB Reavis Group, the largest developer in Slovakia, said the results of the study could be misleading, and should be read "soberly".

"These results are sometimes interpreted as a rise in rent in Bratislava. But in the case of this city, comparing the highest rents achieved in 2005 and 2004 does not reflect the overall development of rents. It's possible to rent space at the price quoted in this study only occasionally and only in a very limited volume," he said.

Botko added that 60,000 to 70,000 square metres of modern space is rented out annually, and that "it is not correct to highlight only the highest rents and apply them to the whole market".

He noted that the price of €240 per square metre per year was to be found mainly in the city centre, which also had a relatively high vacancy rate. "On the other hand, last year a lot of tenants took advantage of the favourable rents at business centres and those are now showing a very high rate of occupancy."

According to HB Reavis Group, average rents in 2005 in Bratislava's new business centres were only 60 to 70 percent of the top-end figure of €240 per year. Botko predicted that in 2006 office rents would tend to fall rather than rise, partly of the new space coming on the market.

C&W/H&B reported that Europe remained an economy divided in 2005, with the eurozone continuing to under-perform, while Central and Eastern Europe (CEE) continued to record high growth. Slovakia's GDP in the last quarter of 2005 rose 7.5 percent, according to a flash estimate from the Statistics Bureau.

Spain and Norway remained the best performers in the West, far ahead of the weaker Italian and German economies. Estonia and Latvia showed the strongest growth among CEE countries, although the region as a whole began to show signs of slowing towards the end of the year.

Despite the subdued economy, the European office market became slightly more expensive in 2005. Overall annual growth in office rents was 1.5 percent in 2005, compared to just under 1 percent in 2004. Nevertheless, of the 146 European locations surveyed, 44 percent recorded no rental price growth, 35 percent experienced some growth and 21 percent saw a decrease.

The world's most expensive office locations

Source: Cushman&Wakefield/Healey&Baker, Office Space Across the World 2006
* Apart from Barcelona, all locations are for the Central Business District