AT THE END of the year, Slovaks award their favourite musicians with Sláviks. Past winners have included Elán and singer/guitarist Miroslav Žbirka, as well as newcomer Zuzana Smatanová, who topped the female chart. 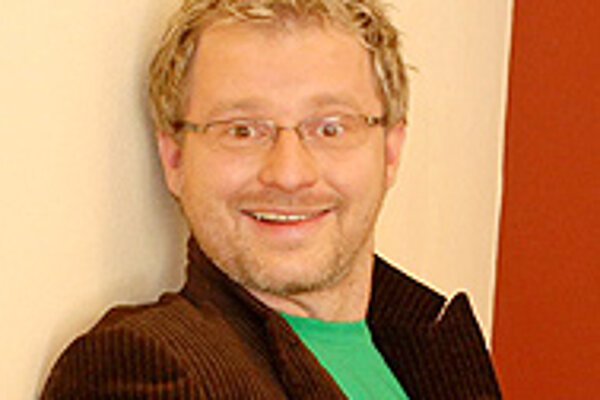 Font size:A-|A+  Comments disabled
AT THE END of the year, Slovaks award their favourite musicians with Sláviks. Past winners have included Elán and singer/guitarist Miroslav Žbirka, as well as newcomer Zuzana Smatanová, who topped the female chart.

Now comes the time to see what the Academy of Popular Music thinks of Slovak music. The Slovak Grammy Awards, Aurel 2005, will be announced on March 22 in the central-northern town of Žilina.

Both Slávik winners, Žbirka and Smatanová, are nominated for best vocal performance. Smatanová is competing against Katka Knechtová from the Peha band and Zdenka Predná, who was a finalist in the first edition of the hit reality series Slovakia Searches for a SuperStar. Žbirka will compete against Richard Müller and Peter Lipa. IMT Smile, No Name, Peha and Le Payaco are up for best band.

Lipa, who is prolific on the jazz scene, is rather a surprise within the mainstream. Predná is also a surprise for having been nominated ahead of SuperStar finalists Katka Koščová and Martina Šindlerová. Le Payaco, which was founded a decade ago, aroused interest with its latest album Všetko sa dá zjesť (Everything is Edible).

Altogether, Slovak musicians will compete in 11 categories. On the day of the results, March 22, the academy will also award a lifetime achievement award and, for the first time in the ceremony's history, will decide on winners in other genres, such as hip-hop, rap, jazz, blues, electronic and folk music.

A hundred and thirty-six music experts decide on the Aurel 2005 prizes. The public can check how each of them voted on www.aurel.sk.

See the award ceremony also on Slovak television or listen to it on Slovak Radio.

The Czech Rádio station Žurnál will broadcast the gala-programme as well, as Aurel's new co-partner, Petarda Production, also cooperates on awarding the Czech Grammys, which are called Anděl.