BY MID-March, most of Slovakia's political parties had announced lists of candidates they would be fielding in June's general elections. While some parties rewarded loyalty by stacking their lineups with well-known faces, others seemed almost in an experimental mood, naming celebrities and sports figures to top spots on their election cards. 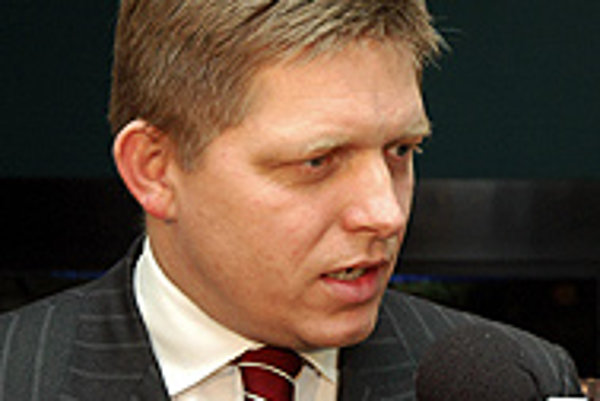 Font size:A-|A+  Comments disabled
BY MID-March, most of Slovakia's political parties had announced lists of candidates they would be fielding in June's general elections. While some parties rewarded loyalty by stacking their lineups with well-known faces, others seemed almost in an experimental mood, naming celebrities and sports figures to top spots on their election cards.

Political analyst Grigorij Mesežnikov, the head of the Institute for Public Affairs think tank, said that such nominations were "pre-election manoeuvres to increase election results", especially among first-time voters, seen as an important and impressionable swing group (see interview bellow).

Apart from Micheľ, who has been calling games this year in the prestigious Champion's League competition in Europe, the SDKÚ fielded other political newcomers who are respected in their fields.

Behind political heavyweights such as Dzurinda and Finance Minister Ivan Mikloš, the SDKÚ named sociologist and current Labour Minister Iveta Radičová, another political rookie, to the number three slot.

Prior to taking her ministerial seat, Žitňanská served as deputy justice minister and had been a respected authority in her sphere. Originally, the SDKÚ had been expected to offer a spot on its candidates list to renowned Bratislava lawyer Ernest Valko, a former Constitutional Court chief justice, but Dzurinda allegedly forced party members to choose between Valko and Žitňanská.

Valko, along with current Health Minister Rudolf Zajac, eventually appeared on the list of the tiny non-parliamentary Civic Conservative Party (OKS). Zajac accepted the OKS offer even after earlier saying he was finished with politics.

In a surprise move, Smer's Monika Beňová, originally number two on the party's candidates list, gave up her spot a week after being named. She ascribed her decision to the unhappiness of the party's regional structures with the composition of the candidates list. However, the MEP said she was still interested in becoming Slovakia's foreign minister should Smer enter the government following elections.

Beňová's withdrawal forced Smer to reshuffle its candidates list, although the party said it would not publish the changes until the list was submitted to the central election commission.

The deadline for submitting the lists was March 19, by which date those parties that intended to participate in the elections also had to pay a Sk500,000 deposit (€13,000.)

Unlike their competitors, the Christian Democrats were taking no chances with their candidates list, betting on long-serving politicians who have been active in the party for years.

Another party that steered clear of celebrities and went with loyal political troops was the opposition Movement for a Democratic Slovakia (HZDS), led by the three-time Slovak prime minister, Vladimír Mečiar.

On the other hand, the HZDS also dropped long-time party members and MPs it perceived as political liabilities, such as Ján Cuper, who crashed into a parked car while driving drunk at the end of last year, as well Viliam Soboňa and Milan Cagala.

The party did flirt with ageing Slovak rock star Jožo Ráž, who has openly admired Mečiar as "the biggest stud in Slovak politics". However, despite his admiration for Mečiar, Ráž rejected the HZDS offer to stand for election, saying he wanted to continue to focus on music.

Several political parties increased the representation of women on their candidates lists in an apparent effort to feminize Slovakia's heavily male-dominated politics.

However, of those parties who had published candidates lists by the time The Slovak Spectator went to print, only one chose a woman to lead it into the polls - Martináková's Free Forum.

The opposition New Citizen's Alliance (ANO) also signalled that it would give the number one spot to a woman, with Eva Černá the most likely candidate for the job.

ANO also pledged that every second place on its candidate list would be reserved for women.

Even the KDH, whose highest-ranked female candidate was in 15th spot, felt obliged to defend its record on including women in politics.

"We have 4 women in our top 20 spots. Currently, the Christian Democrats have the most significant ratio of women in parliament [of 15 MPs for the party, 2 are women, a figure of 13.3 percent - ed. note]. This will likely remain the same even after the elections," Christian Democrats caucus leader Pavol Minárik told The Slovak Spectator.