Green report urges country not to rest on laurels

GOOD WORK, but much remains to be done, was the message of a recent European report on Slovak environmental policy.
The European Environment Agency (EEA) included Slovakia for the first time in its recent report on the European environment, "State and Outlook 2005", saying the country had made progress under the current Dzurinda administration, particularly on emissions and waste disposal, but that in the longer term it had little to be proud of. 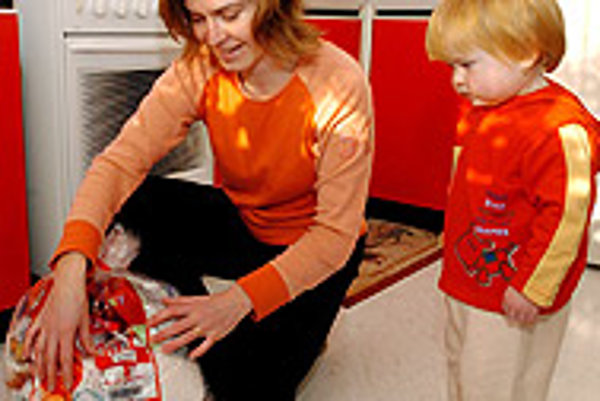 Font size:A-|A+0
GOOD WORK, but much remains to be done, was the message of a recent European report on Slovak environmental policy.

The European Environment Agency (EEA) included Slovakia for the first time in its recent report on the European environment, "State and Outlook 2005", saying the country had made progress under the current Dzurinda administration, particularly on emissions and waste disposal, but that in the longer term it had little to be proud of.

"Slovakia turned in a good environmental performance on our indicators in 2002, but showed more average progress over the past 10 years. While these longer trends are not at present a cause for concern, Slovakia needs to be vigilant to ensure that they do not worsen in the years to come and have a negative impact on the environment," the report said.

The Slovak Environment Ministry noted that the country had made progress especially in areas where the ministry had a direct impact through legislation and regulations. "In those areas we are making the best progress," Environment Minister László Miklós said at a press conference.

However, the situation is worse in areas that the Environment Ministry cannot influence directly. For example, environmental rules are still only optional for farmers.

Nor does Slovakia provide much direct support for renewable energy.

"The Economy Ministry still has to come up with a strategy on support for renewables, and in general renewables are not getting the respect they deserve from economic ministers," Miklós said.

The view is somewhat more critical within the NGO community. Mikuláš Huba from the Society for Sustainable Development NGO said it was hard to say whether Slovakia should be satisfied with the state of its environment because the answer depends "on what we compare with what.

"If we use standard air, soil, and water pollution indicators and compare them to 1989, then the situation has definitely improved significantly," he said.

"However, if we compare Slovakia with developed Scandinavian countries, then the situation remains bad. And if we compare the improvement in air pollution with that in the Czech Republic, we see the trend is much slower in Slovakia.

"When we talk about the wider context, such as the impact of the economy on the environment, the situation is again much worse. We agree in this with Environment Minister Miklós. The main polluters, such as the energy and transportation sectors and heavy industry, are not developing in the right direction. While energy and industry are improving somewhat, we are seeing an increase in car transportation at the expense of [more environmentally-friendly forms of transport such as] railways and public transport," Huba said.

According to Huba, the main problem is that environmental issues simply aren't a priority for the public or politicians in Slovakia, as can be seen in attitudes to preserving urban greenery and protected natural reserves.

What the EEA report says about Slovakia

The Slovak Spectator presents the results of the European Environment Agency analysis in nine main areas.

The "State and Outlook 2005" report is based on data from 2002 and 2003. It is the third such report by the Agency since 1994, and it analyzes the progress made on environmental issues in each country on the basis of 37 indicators.

Aggregate GHG emissions in Slovakia in 2002 were significantly lower than the base year (1990), falling by approximately 21 Tg, or about 29 percent.

This means that the 2008-2012 Kyoto target of an 8 percent reduction from 1990 levels will be successfully met. However, longer-term global emissions of GHGs will need to be reduced by approximately 70 percent compared to 1990 levels, for which additional measures will be necessary.

Although final national energy consumption per capita in Slovakia is rather low compared with other EU countries, it is expected to increase as GDP grows and the standard of living rises.

Given the forecast increase in the number of appliances and the related increase in energy consumption, it is essential that the country become more active in the promoting energy efficiency.

Moreover, one of the main characteristics of the Slovak energy sector is the high level of energy intensity compared with the rest of the EU and some neighbouring countries. This is due mainly to the high energy demand from heavy industry (metallurgy, steel and machine works, chemicals).

The results of the process are expected as follows: greater use of domestic energy sources, reduced dependency on imported energy, improved foreign trade balance, greater security and reliability of energy supplies, reduced greenhouse gas emissions, and increased economic activities as a result of new production programmes and new jobs.

Emissions of SO2, NOX, NH3 and non-methane volatile organic compound (NMVOC) have fallen from 1990, and Slovakia is well on track to fulfilling its targets by 2010 in accordance with the Gothenburg Protocol and the EC directive on national emissions ceilings for certain atmospheric pollutants. The scorecard on ozone precursors puts Slovakia among the top countries in terms of progress achieved.

There has been significant progress in freight transport demand in Slovakia compared to 1995. The volume of cargo transported by rail has fallen, and there is now no real alternative to freight transport by road. Nevertheless, Slovakia is one of the best performing countries in terms of progress achieved from 1995 to 2003.

The production of municipal waste is stable at about 300 kg per person annually, or 1.6 million tonnes/year for the country as a whole. Most of this in 2002 was disposed of in landfills (78.2 percent) and a small part (4.3 percent) was incinerated.

The amount of waste collected separately from households is increasing because municipalities are using financial support from the Recycling Fund. Recycling infrastructure is growing quickly.

According to municipal waste data during the monitored period and the latest data from 2004, the targets set in the waste management plan until 2005 (35 percent material recovery, 15 percent energy recovery and 50 percent disposal in landfills) will likely be achieved.

Use of freshwater resources

Groundwater abstraction represents 40 percent of all abstractions in Slovakia. About 75 percent goes to public water supplies.