SLOVAKIA has had a new energy policy as of January this year that sets out a vision for the sector until 2030. It's a rather abstract vision, and it represents the Slovak Economy Ministry's second kick at the can (the ministry's first effort at the end of 2005 was called "a shocking compilation" by a parliamentary committee). But based on the reactions of energy market players, it seems to fit the bill. 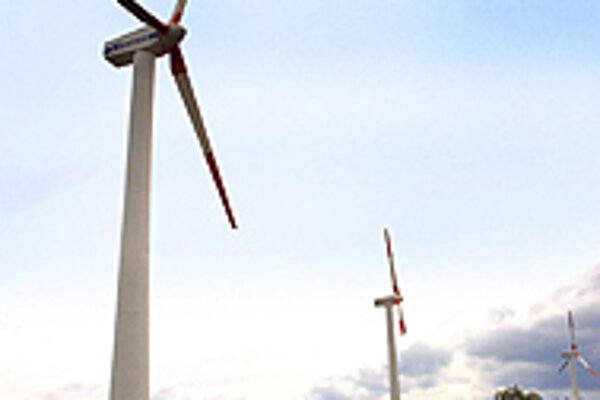 Font size:A-|A+  Comments disabled
SLOVAKIA has had a new energy policy as of January this year that sets out a vision for the sector until 2030. It's a rather abstract vision, and it represents the Slovak Economy Ministry's second kick at the can (the ministry's first effort at the end of 2005 was called "a shocking compilation" by a parliamentary committee). But based on the reactions of energy market players, it seems to fit the bill.

With two reactor blocks at the Jaslovské Bohunice nuclear plant in West Slovakia to be decommissioned in the next two years, one of the main goals of the energy policy is find a replacement source of energy to meet growing domestic demand.

The policy also deals with ways to ensure the safety of nuclear power stations, to save energy and support the use of renewable energy sources, cogeneration, and alternative motor fuels. Finally, the document stresses the need to diversify energy sources, to modernise Slovakia's energy grid and to connect it to the EU market.

The policy has only an advisory weight, meaning it will not commit the government that emerges from June elections to any energy strategy. The Economy Ministry is to update the policy at least once every five years.

Major energy players said they were satisfied with the revamped document, particularly its agreement with EU norms.

"The new energy policy serves its main purpose quite well, which is to set out guidelines for the future development of the energy sector, and the preferred energy technologies. In this it follows the main principles of EU policy and legislation," said Steffen Schattner, head of operations at the VSE energy distribution company.

"There is also a focus on renewable energy and cogeneration. These technologies will be supported more strongly in future, especially cogeneration. Again, this is in accordance with overall European policy," Schattner told The Slovak Spectator.

Cogeneration involves the production of electricity and useful thermal energy simultaneously from a common fuel source.

The third main pillar of the new policy is upgrading connections with neighbouring countries to facilitate the import and export of electricity.

Schattner predicted that further investments would be required in the energy sector to meet the goals of the state policy, possibly resulting in higher electricity prices.

"VSE will be affected by the strong support for renewables and cogeneration. Power plants that produce this form of energy are typically connected to the distribution grid and feed in the electricity they produce. This requires an investment into the grid to set up the connection and to reconfigure the existing network. VSE will have to finance these technical changes at least partially.

"As a result, electricity end-user prices will certainly increase due to the subsidies for renewables and cogeneration. The only thing we don't know is to what extent," Schattner said.

Dana Kršáková, spokesperson for the SPP natural gas utility, noted that although the new energy policy was more balanced than the Economy Ministry's first effort, it still puts more emphasis on the production of electricity rather than other forms of energy.

"The current energy policy is in line with our company's plans. However, we would also welcome greater support for research and development in energy," she said.

Kršáková said that without support from the state and the EU, Slovakia's renewable energy goals would be hard to meet. SPP is involved in several alternative energy projects such as compressed natural gas (CNG) as an alternative fuel for automobiles in the future, as well as a building heating system based on geothermal energy in Košice.