Do Slovaks pay the most for electricity?

WITH REGARDS to income, Slovaks have the most expensive electricity in the European Union, states the results of a study by the consultancy firm PA Consulting. When put in perspective, nominal electricity prices in the Slovak Republic are the highest among the ten new EU member states.
According to the study, which based its data on information from Eurostat, Slovaks paid an average of Sk5,160/MWh (€133.4/MWh) last year, including taxes. 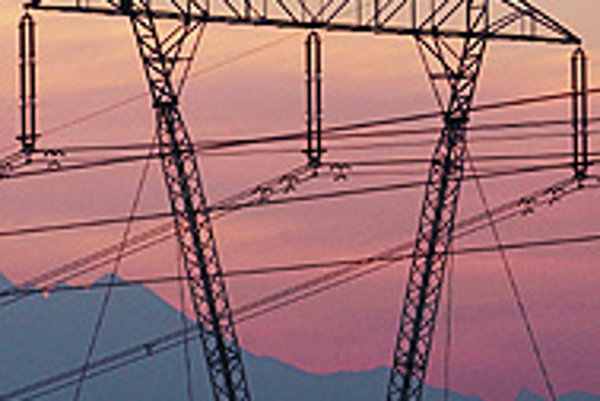 Font size:A-|A+  Comments disabled
WITH REGARDS to income, Slovaks have the most expensive electricity in the European Union, states the results of a study by the consultancy firm PA Consulting. When put in perspective, nominal electricity prices in the Slovak Republic are the highest among the ten new EU member states.

According to the study, which based its data on information from Eurostat, Slovaks paid an average of Sk5,160/MWh (€133.4/MWh) last year, including taxes.

Slovak energy producers and institutions oppose comparing prices, claiming each country presents a specific combination of factors, but estimate average prices for 2005 were lower than Sk5,160/MWh.

Network regulator ÚRSO, which approves consumer energy prices, also emphasized there is no uniform methodology for pricing electricity in the EU.

"That is why the price in each country is the result of a different structure," Miroslav Lupták, spokesman for ÚRSO, told The Slovak Spectator.

Steffen Schattner, head of operational management for the VSE distribution energy company, pointed out that VSE's electricity prices for 2005, including VAT, were considerably below Sk4,500/MWh.

"These prices are still regulated by the ÚRSO, and are comprised of several components: power production costs account for roughly 45 to 50 percent, VSE's distribution fee for 30 to 35 percent and other regulated components for approximately 20 percent. Price differences between countries can have various reasons: the energy mix of power production, the organization necessary for balancing the energy market, possible excise fees for subsidizing domestic coal, renewable energies or cogeneration technology, etc," Schattner explained.

Jana Bolibruchová from the marketing and communications department of SSE distribution company also objected to the estimate presented by PA Consulting.

She pointed out that PA Consulting's study uses official data from Eurostat that followed an average tariff for a specific category of households with consumption of 3,500 kWh a year.

When comparing electricity prices in relation to the purchasing power standard, Slovakia placed last in the study. Economists explain this simply confirms that Slovak households incomes are among the lowest in the EU.

"Slovaks may be able to afford the least electric power of all the 25 EU member states for their salaries - or, in other words, they have to work the longest time for one unit of electricity - in the same way as they have to work the longest time for a box of cigarettes, for paying their banking fees, for paying for their skiing trip, simply because the purchasing power in Slovakia is lower than in the rest of Europe. To use a popular word, their real incomes are lower," Martin Chren, director of the F A Hayek Foundation, said.

However, Chren pointed out other factors that affect power prices in Slovakia - malinvestments and a weak regulatory framework.

In the past, the dominant state-run power company, which was later split into power producer Slovenské elektrárne and electricity grid operator SEPS, and three regional power distributors, were very poorly managed, he said. "This was also reflected in the inefficient and overactive investments (or, even more accurately, malinvestments). Consumers have to pay for the past," Chren said.

Chren also thinks that the current regulatory framework and ÚRSO regulatory authority has a very generous pro-business approach to calculating these malinvestments into the eligible costs of the transmission grid.

"The past malinvestments should be considered as stranded costs today, and not included into the eligible costs to that extent. This unfair approach, in my opinion, causes higher prices for power transmission that are later included into higher final prices of power for households and firms," he added.