THE TROUBLED future of a 49-percent stake in Slovak oil distribution company Transpetrol will likely have to wait for the next Slovak government to decide, as discord has begun to appear within the current cabinet over the sale of the shares. 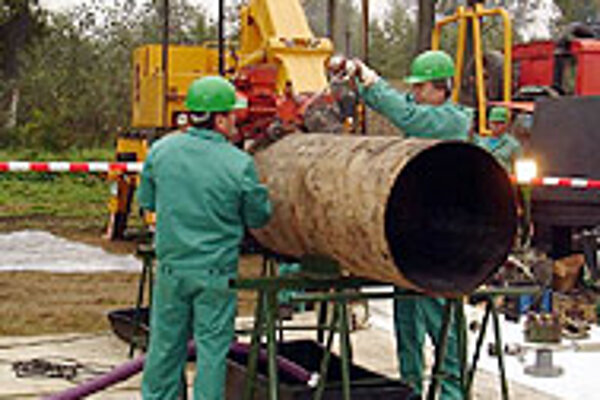 Font size:A-|A+0
THE TROUBLED future of a 49-percent stake in Slovak oil distribution company Transpetrol will likely have to wait for the next Slovak government to decide, as discord has begun to appear within the current cabinet over the sale of the shares.

In line with its general policy of postponing decisions on sales of state assets until after June 17 elections, the Mikuláš Dzurinda administration seems to be leaning towards putting off the disposal of the Transpetrol stake, which was originally sold to Russian oil colossus Yukos in 2002.

After Yukos' founders, oil tycoons Mikhail Khodorkovsky and Platon Lebedev, were arrested in 2003 for tax evasion, Russian authorities brought the company under tight state control. Since 2005, Khodorkovsky and Lebedev have been serving prison sentences, while the recent instability in supplies of Russian gas has given the Slovak government ample reason to moderate the country's energy dependence on Russia.

Yukos is currently selling off its foreign assets that are not directly linked to its core business. The Russian oil company Russneft had been tipped to take over its Transpetrol holding.

Last December it seemed that the Transpetrol deal had been ironed out for good after Slovakia said it would not try to reclaim the stake from Yukos. Economy Minister Jirko Malchárek was receptive to the idea of selling the Transpetrol shares to Russneft.

However, Dzurinda said in early March he favoured banning the sale based on the veto granted to Slovakia under the Transpetrol sale contract. Malchárek has since also said that unless there is a wide political consensus in favour of the Transpetrol transaction, he will not consent to the deal.

Economy Ministry spokesman Robert Beňo told The Slovak Spectator at print time that no progress had been achieved on the sale.

Yukos took control of the 49-percent stake on April 29, 2002 after winning a tender in December 2001. The firm hoped to use the holding to gain access to western and southern European markets, as well as to initiate a pipeline sea route to North America.

Yukos confirmed in a statement to The Slovak Spectator that it had sold its 49 percent stake to Russneft for $103 million (€87 million). The Slovak state still owns 51 percent in Transpetrol.

"Our discussions with the Slovak government were very constructive over the past few months, and we agreed that the offer submitted by Russneft was in line with the interests of all parties involved," said Yukos President Steven Theede.

On March 16, as required by law, Russneft announced its planned acquisition to the Slovak Antitrust Bureau. Russneft expected to complete the deal within 90 days of submitting the application to the antitrust authority.

Russian magnate Michail Guceriev holds a 70 percent stake in Russneft, and in February appeared to be an acceptable buyer for the Slovak cabinet.

The Economy Ministry prepared the sale documents in February while Malchárek, who had a mandate from the government to negotiate the Transpetrol sale, was to sign them in the name of the Slovak Republic.

Malchárek argued that if the transaction did not take place the shares might be subject to distraint as part of Yukos' property, in which case Slovakia would lose any influence over the shares.

However, recent developments have shown the lack of unity within the ruling coalition on the Transpetrol shares.

Several members of the Dzurinda cabinet have said the decision should be left up to the next government.

Construction Minister Laszló Gyurovszky told the SME daily that the next government should be the one to decide whether Slovakia should approve the sale or consider buying back the shares.

The Slovak opposition, which in principle opposes the presence of foreign companies in strategic Slovak businesses, approves of the government's buying back the Transpetrol shares. However, Malchárek said this option was unrealistic, as Slovakia does not have an option on the shares.

Analysts have been concerned all along that the Transpetrol shares could end up in the wrong hands, and become a tool for economic extortion.

The case has also been dogged by controversy. In November 2004, former Economy Minister Pavol Rusko announced that Slovakia wanted to buy back its shares from Yukos and resell them directly to a new investor without holding a tender.

Finance Minister Ivan Mikloš responded that Rusko should be charged with abuse of power, claiming that although the Economy Ministry had officially broken off talks with Yukos on the shares in February 2005, Rusko had secretly continued negotiations, leaving even his closest colleagues in the dark about his plans.

Mikloš said that Rusko had continued to send letters to the Russian company using Economy Ministry letterhead and signing his name.

"The problem is that the Economy Ministry has no official records on the matter after February 26, but Yukos sent the letters it received after this date to its current leadership," Mikloš explained.

In one of the three letters that Rusko addressed to Yukos after February 26, he asked the firm to transfer the Transpetrol shares to Enex Utilities, s.r.o. Bratislava, Mikloš said.

Enex is now owned by Millennium Development of Bratislava, where Radovan Ujházy, a former agent with the ŠtB communist secret service with links to the Istrokapitál financial group, is chairman of the board.

Rusko said that all steps he had taken in connection with the buyback were done as a minister and not as a private person. He said there was a risk that the Transpetrol shares could have fallen into the hands of a party that would not have been in Slovakia's strategic interests.

"After February I was discreet in negotiating the buyback, as our attempts to this end were being blocked by major energy players," Rusko said in a press release, indicating that MOL, Hungary's major oil and gas player, had an interest in the stake.

MOL is Yukos' biggest customer in the region. The Slovak all-news television station TA3 speculated in early March that MOL might be interested in the Yukos shares since the company had wanted to buy Transpetrol four years ago.

Druzhba was built on Slovak territory between 1960s and 1970s. It starts in the Russian Federation and continues to the Czech Republic through Belarus, Ukraine, and Slovakia.