The economic shake-out will continue

THE WORLD economy appears to have hit the peak of the business cycle in late 2003 and early 2004 and is now in a slowdown phase. After growing 4 percent in 2004, world GDP growth should slow to 3.2 percent in 2005 and then to 2.8 percent in 2006. There is nothing catastrophic in this scenario, but it does imply a trend reversal for business insolvencies around the world. 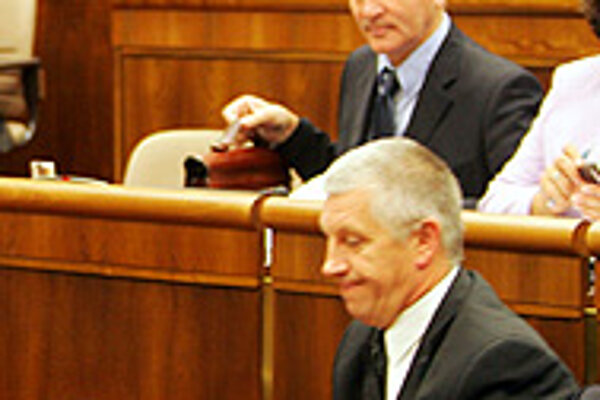 Font size:A-|A+  Comments disabled
THE WORLD economy appears to have hit the peak of the business cycle in late 2003 and early 2004 and is now in a slowdown phase. After growing 4 percent in 2004, world GDP growth should slow to 3.2 percent in 2005 and then to 2.8 percent in 2006. There is nothing catastrophic in this scenario, but it does imply a trend reversal for business insolvencies around the world.

A rise in insolvencies across the world in 2006

This is mainly due to the economic situation in the United States, which remains the driving force in the global economy, accounting for roughly 30 percent of world GDP. After years of monetary and budgetary stimuli, the rise in interest rates, the firming of the dollar against the euro and yen, and the return to a slightly less open-handed budget policy should take American growth to below 3 percent in 2006, causing US business insolvencies to rise for the first time since 2002.

In Europe, the eurozone missed out on world recovery and has seen lower growth in 2005, while the United Kingdom is in net economic slowdown. In the eurozone, business insolvencies should remain stable at a high level in 2005 and 2006, but they should increase in the United Kingdom. Growth in the new industrialised countries (or NICs), with China in the lead, should remain more dynamic than in what we term the old industrialised countries (or OICs).

Nonetheless, growth in the NICs should slow, given their economies' strong dependence on US domestic demand. How this will impact on insolvencies in these countries is more difficult to predict.

Generally, cyclical elements are bringing a downward trend in insolvencies in countries such as Brazil and South Korea, among others. But insolvency legislation in these countries is of recent vintage or in the gestation stage, the statistics are often incomplete, and business legal status and accountancy methods are often very different from those encountered in the OICs.

Developing a legal framework for insolvencies can involve a significant wave of increased insolvencies (e.g., in Slovakia), and a shake-out among large money-losing public companies (eg, in China) could hold some nasty surprises for the years to come.

In very many countries, there is a close correlation between the business cycle and insolvency figures. Generally, it takes GDP growth of 2 to 3 percent to stem the rise in insolvencies, and there is a very high elasticity of insolvencies to growth.

A 1 percent decline in GDP usually leads to a 5-10 percent increase in insolvencies. Beyond cyclical fluctuations, different countries have for a long period enjoyed very different average rates of growth, and this is reflected in long-term insolvency rate of change.

Insolvencies in Slovakia - the shake-out will continue

The situation in Slovakia is somewhat different. In 2005, Slovakia's economic growth reached its historical maximum of 6.0 percent which exceeded all the expectations.

The strength of the economy relies mainly on strong domestic demand, and particularly on household consumption, which has profited from strong growth in wages. This does, however, bring a swelling in imports and reduces contributions from the foreign trade sector.

Paradoxically, the fast growth of the gross domestic product will not be enough to turn the trend in the number of insolvent companies. This paradox is explained by the housecleaning in businesses that began in 2004, which has brought an explosion in insolvency petitions, a large part of which made their way into the effective insolvency statistics for 2005. The number of bankruptcy petitions boomed from 2,184 in 2004 to 3,907 in 2005. Almost 70 percent of these petitions were placed by the courts in the second half of the year.

The total number of insolvencies in Slovakia in the last year increased by 66 percent to 1,645 from 990 in 2004. Most alarming is the fact that in 80 percent of these 1,645 cases, the bankruptcy declaration was refused due to the lack of assets. The number was 1,352 cases, almost doubled from 767 cases in 2004. These figures show that there is an increase of companies that are completely insolvent.

The economic outlook for Slovakia remains excellent, with GDP expected to rise by around 6 percent in 2006. However, this will not be enough to reverse the trend in insolvencies, especially with new legislation coming into force at the beginning of year.

On January 1, 2006 completely new legislation, the Insolvency and Restruc-turalization Act, became effective. The aim of the Act is to speed up procedures, transferring decision-making power from the court to the trustee and creditors. Other aims are to decrease costs and maximize the bankruptcy dividend. The Act places greater emphasis on rehabilitation rather than liquidation. This new legislation should inflate the number of insolvencies. These should accordingly increase by 8.7 percent, to nearly 1,800 cases in 2006.