THE ROLE of treasury risk management at Slovak companies has been long underestimated. Many firms still don't seem to realize that fluctuations on financial markets can directly affect their bottom lines and their credit. 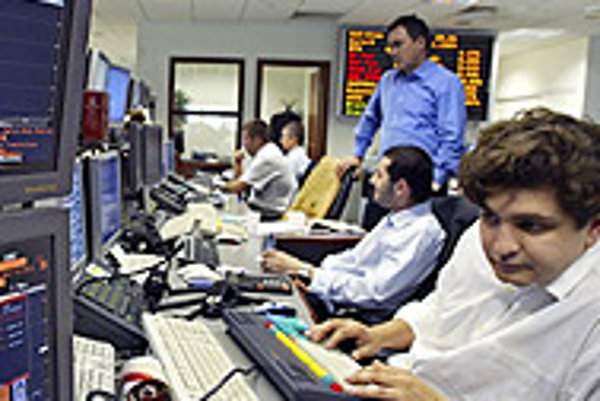 Font size:A-|A+  Comments disabled
THE ROLE of treasury risk management at Slovak companies has been long underestimated. Many firms still don't seem to realize that fluctuations on financial markets can directly affect their bottom lines and their credit.

Financial market insiders say there is still a huge gap between how Slovak and foreign companies look after their financial transactions.

With international companies, financial management commonly includes treasury departments that look after financial risks. With foreign firms in Slovakia these operations are often centralized at the company's headquarters back home.

With Slovak companies, however, financial management tends to focus on acquiring credit and executing payment transactions.

"We live in a relatively young market environment, and this is probably the reason for the difference," Roman Dvorčák, managing director of Ritro Finance, told The Slovak Spectator.

"It's common for local businesses to outsource legal, shipping and advisory services, and the same should apply to finances. However, in this area we [Slovaks] are still conservative,"

But as the free market and globalization bring more foreign players to Slovakia, local firms are gaining greater exposure to business practices at international firms, including the use of treasury departments.

Dvorčák explained how treasury departments could help a company's business performance. He gave the example of two identical companies producing wooden pallets that achieve the same level of sales, have the same structure of costs, and both sell their production on EU markets.

The difference is that the first company has hedged its SKK/EUR currency risks for the entire year while the second company rides out developments on financial markets as they come. During the year, the Slovak crown strengthens against the euro, and the first company is able to reach its business plan. The second company, however, sees a drop in sales because its products are suddenly more expensive, even though its output remains unchanged.

"The role of treasury activities is to maintain the market value of a company, a value that can be endangered by developments on financial markets," said Dvorčák.

Vladimír Vaňo from Trend Analysis believes that financial risk management at small and mid-sized companies in Slovakia may be taking a back seat to what firms regard as more urgent business issues. However, this often does not pay off.

Vaňo pointed to developments on the Slovak forex market in March 2005.

"Last year many Slovak firms paid for ignoring foreign exchange risks. After a relatively long and stable period in which the crown strengthened, the currency suddenly weakened over several weeks by about six percent. Many firms that had payments contracted in advance [without securing their forex risks] experienced heavy losses. They just didn't count on the crown moving," Vaňo said.

Only a handful of companies in Slovakia are able to raise credit on international equity markets or through bond issues. Vaňo said this could be due to the extremely favourable conditions on the Slovak banking market at the moment - conditions that, again, could change without warning.

Dvorčák from Ritro Consult pointed out that it was up to each company to analyze its business environment and strategy and to decide what financial risks represented a particular danger. There is no general rule for which company needs a specialized treasury department, he said.

"There's a difference between making a one-time shipment to China and hedging this shipment, and managing a company with interest rate positions and positions in exotic currencies and so on. Each company has to do its own risk analysis and quantify the possible impact of risks. Then the benefits of a treasury department will become clear," Dvorčák said.