Skiing it all the way until Easter

FINALLY, a few sunny almost spring-like days have arrived in the capital. In the mountains, though, the winter is taking its time to depart. 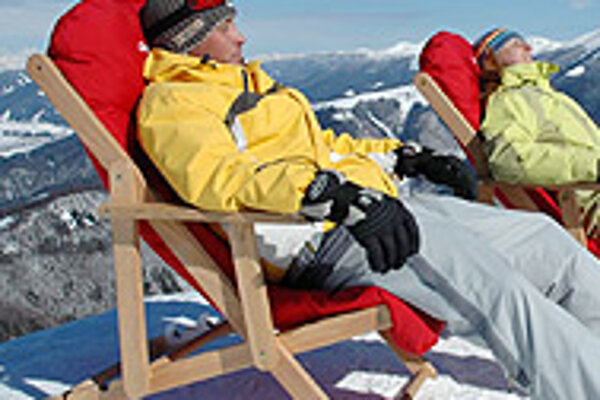 Font size:A-|A+0
FINALLY, a few sunny almost spring-like days have arrived in the capital. In the mountains, though, the winter is taking its time to depart.

With snow melting the prices of ski tickets are coming down, in some places by 30 percent. The slopes are much emptier during the week and many ski centres have cut back on their free transport of skiers. The smaller centres are mostly open only on weekends, and many are closed for good. The Marguška chairlift in Veľká Rača Oščadnica will run only until this Friday or Sunday, for example.

The warm and moist air that will begin to flow through Slovakia from the southwest at the start of the week will bring rain to the mountains and temperatures of around 5 to 8 degrees Celsius at altitudes above 1,000 metres.

At the end of the week expect temperatures to drop. Snow and freezing weather will return to the mountains with the arrival of arctic air. It is highly likely that skiing will continue at many centres until Easter (April 17).

Note: Ski centres make frequent changes to their ski prices at this changeable time of year to attract more skiers, so the current table may not reflect all the discounts. Watch ski centre web pages for updates, or visit www.ski.sk.