THE GOVERNMENT of Mikuláš Dzurinda has decided to fire another minister just a few months ahead of general elections set for June 17.
On March 30 the parties that remain in Dzurinda's minority government agreed to dismiss Culture Minister František Tóth, a former member of the New Citizen's Alliance (ANO), for spending public money on what the government agreed was political campaigning for his tiny Nádej party. 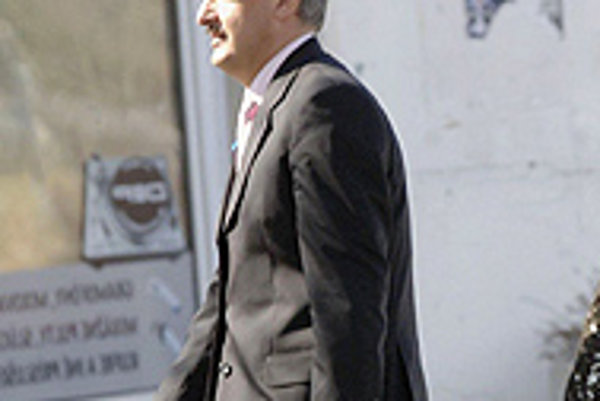 Font size:A-|A+0
THE GOVERNMENT of Mikuláš Dzurinda has decided to fire another minister just a few months ahead of general elections set for June 17.

On March 30 the parties that remain in Dzurinda's minority government agreed to dismiss Culture Minister František Tóth, a former member of the New Citizen's Alliance (ANO), for spending public money on what the government agreed was political campaigning for his tiny Nádej party.

President Ivan Gašparovič should deliver the final word on Tóth's recall on March 31.

Tóth spent around Sk700,000 (€18,520) on distributing letters to 66,000 teachers who had participated in a Culture Ministry project to provide free access to cultural establishments to students.

In the letters, Tóth thanked the teachers, and said he understood the complicated situation in the education sector, as well as the sector's problems.

Tóth co-founded the non-parliamentary Nádej party in March with a group of defectors from the ANO party.

Karol Korintuš, number eight on Nádej's list of candidates for elections and also head of office at the Culture Ministry, was also mentioned in the letter as co-author of the project.

Although Tóth insisted he had not broken any laws in thanking the teachers and appreciating their work, especially "as a former teacher myself", other members of the coalition accused the minister of abusing taxpayer money for political campaigning.

"Minister Tóth spent the taxpayers' money on what I believe was a personal and partisan campaign," said Dzurinda following a special meeting of the coalition board, where the decision was taken to fire Tóth.

Tóth served as deputy education minister while a member of ANO, but later gave up his post, citing poor relations with then-Education Minister Martin Fronc of the former ruling coalition Christian Democratic Party.

On June 15, 2005 he took over from ANO-nominated Culture Minister Rudolf Chmel, who was forced out of the ministry by his ANO colleagues.

Ironically, Chmel is now expected to go return to the ministry for the last three months of the government's term in office.

"He appreciated it [the offer to return to the ministry] very much," said Dzurinda, who promptly proposed Chmel's nomination to Gašparovič.

Tóth maintains he did nothing wrong.

"If the coalition thinks that this is grounds for my recall, then that's their responsibility," he said at a press conference following the coalition meeting.

However, even independent observers such as the Fair-Play Alliance NGO described the minister's conduct with the letters are election campaigning at taxpayers' expense, the TASR news agency reported.

"At a time when the government is boasting of cost-saving measures in the budget and claiming that they can't meet the justified salary demands of doctors, artists and teachers, Tóth spends Sk700,000 (€18,600) on his pre-election campaign," said ANO spokesperson Magda Krasulová in an official statement.

Her party welcomed the decision to recall Tóth as "the only possible solution", Krasulová added.